The statement by Bahraini King Hamad bin Isa Al Khalifa condemning the Arab boycott on Israel publicly exposes the state’s change of attitude toward Israel and the ongoing contact between the two countries. 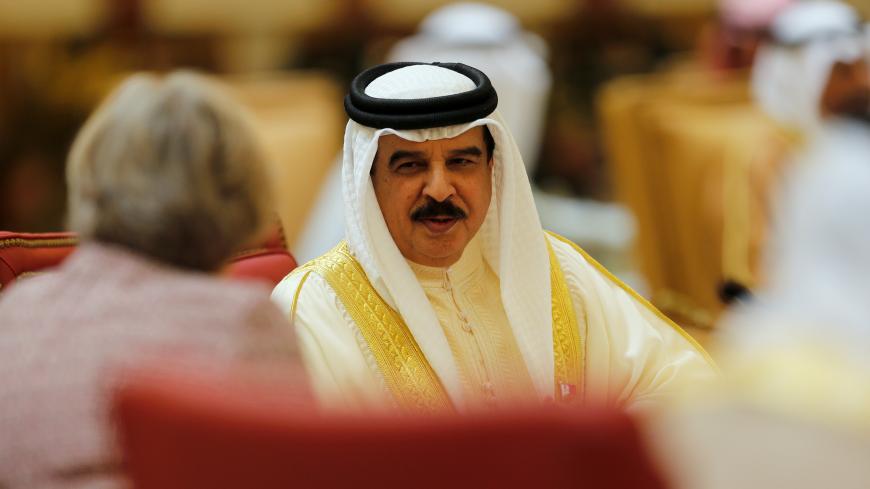 Bahraini King Hamad bin Isa Al Khalifa denounces the Arab boycott of Israel and allows the subjects of his kingdom in the Gulf to visit Israel freely. This appeared in a declaration that was revealed Sept. 15 during a multinational event at the Simon Wiesenthal Center in Los Angeles. The king’s surprising declaration, including a harsh denouncement of terror, was published by The Jerusalem Post Sept. 17.

The king’s pronouncements were revealed at the event by American Rabbis Marvin Hier and Abraham Cooper, who head the Simon Wiesenthal Center. They received the statements from the king himself during a visit they made to Bahrain at the beginning of the year, and they had received permission to make the declaration public at this time. (Bahrain does not have diplomatic relations with Israel.) The king told them that he plans to establish a museum of religious tolerance by the end of the year. Hier and Cooper spoke enthusiastically about their visit to Manama, the capital of Bahrain, and the prayer houses they saw that represent the major religions: a church with a large cross on top, a Hindu temple next door, a small mosque in the same area and an ancient synagogue, too.

It has been almost two full days since the declaration of the Bahraini king went public and, so far, no denial has been circulated.

The son of the Bahraini king, Sheikh Nasser bin Hamad Al Khalifa, also spoke at the event in Los Angeles, and the Bahrain National Orchestra played Israel's national anthem “Hatikva” preceded by the Bahraini and US national anthems. The event itself was devoted to religious tolerance and the struggle against terror and violence. Members of all of the religions were in attendance, and all listened respectfully to each national anthem.

The Israeli Foreign Ministry kept mum and refused to release a statement about the king's proclamation. Associates of Prime Minister Benjamin Netanyahu (who also serves as Israel’s foreign minister) remained silent, too. No one wants to fix something that is not broken. Highly placed diplomatic sources in Jerusalem told Al-Monitor that the king’s declaration did not surprise any of Netanyahu’s associates.

“The Wiesenthal Center has been active in Bahrain for years,” an Israeli official said on condition of anonymity. “The center brings guests from Bahrain to visit Israel and even helped the Bahraini government renovate an ancient synagogue. A Jewish woman [Nancy Khedouri] is a member of the Bahraini parliament, replacing another Jewish member who served a few years. Let's not forget that Bahrain is the country most threatened of all by Iran, because the Bahraini public is mainly Shiite, while its rulers are Sunni. That is the reason that Bahrain — like other countries in the region — view Israel as a kind of prospect for support, vis-a-vis the specter of increasing Iranian might.”

In recent years, Bahrain has begun to slowly externalize its relations with Israel. Khedouri recently met Israeli Transportation and Intelligence Minister Yisrael Katz at a conference of the World Jewish Congress, and the two were even seen in public together.

Meanwhile, most of Bahrain’s pro-Israel activity takes place through the heads of the Jewish community in the United States, in order to stay close to Washington and earn points in the White House. Qatar is also very active in this sphere, as the country is under a Sunni blockade in the Middle East.

Al-Monitor learned that the government in Bahrain recently contacted high-ranking officials in Israel with the suggestion to institutionalize mutual visits and trade between the two countries. “Bahrain has nothing to lose,” an Israeli diplomatic source told Al-Monitor on condition of anonymity. “It is a small country on Iran’s radar and truly on the front lines.” Nonetheless, diplomatic sources claim that Bahrain’s changed attitude reflects Saudi Arabia’s stance. Statements such as the one by Bahrain’s king are not made without receiving the go-ahead from Riyadh. It is likely, they argue, that Saudi Arabia was the one encouraging Bahrain to step forward in regard to Israel. Saudi Arabia has recently been trying to draw closer to Iran and is keeping its options open by not giving up on its relations with Israel.

The Bahraini statements constitute a rare but significant victory for Netanyahu. High-placed Israelis have, in recent years, hinted at the fact that Israel conducts "underground" relationships with its Middle East neighbors, including those with whom it does not have diplomatic relations. Netanyahu himself repeated in recent weeks and on Sept. 15 from New York that Israel will not tolerate an Iranian foothold in Syria. "An [Iranian] military presence endangers not just us, but also our Arab neighbors," he said.

In this way, Netanyahu revealed a bit of the underground drama taking place in which Israel assumes the main, on-stage role while the rest of the actors hide in the margins at best, or inside the closet, at worst.

Israel has been demanding that the United States, Russia and the entire global community prevent Iran from having a presence in Syria and being anywhere near the Israeli border. According to Israeli sources, these efforts have also reflected the desires of the pragmatic Sunni countries. The members of this covert alliance, which was once composed of US allies in the region, now look desperately at the Trump administration; these states are concerned over the United States' intentions to disengage from the Middle East after the victory over the Islamic State is completed. This disengagement, which will abandon the arena to Iran and Russia, intensifies the panic in the Gulf on one hand, but also strengthens the self-confidence of the Sunni states into publicizing “forbidden” relations with Israel, on the other.

The words of the Bahraini king are only the tip of the iceberg.