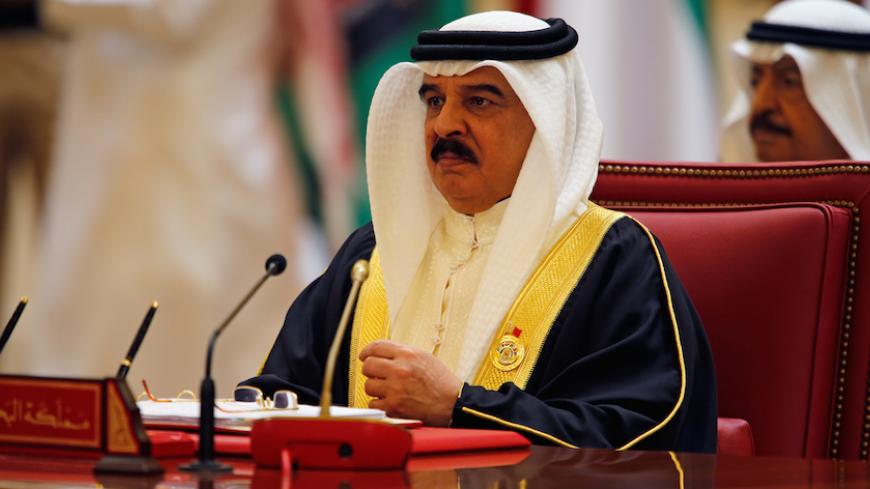 After the Islamic State (IS) released video footage on Dec. 22 of its barbaric burning to death of two Turkish soldiers in northern Syria, Bahraini officials immediately condemned the “terrorist brutal crime.” Manama’s quick response was the latest sign of a growing Bahraini-Turkish partnership aimed at fending off growing regional security threats. Bahrain and other Gulf Cooperation Council (GCC) members seek to deepen ties with Ankara, as the archipelago kingdom, which is one of the Middle East’s brightest sectarian flashpoints, sees itself as increasingly vulnerable to the rise of ultra-violent Salafist jihadis as well as Iran’s ascendancy across the Arab world.

Since Turkey’s Justice and Development Party (AKP) came to power 14 years ago, Ankara’s bonds with GCC members have warmed significantly with the Arab Gulf states welcoming Turkey’s shift from a “benign neglect” policy vis-a-vis the GCC toward an “active engagement” policy. This year, the GCC’s support for President Recep Tayyip Erdogan’s government after the attempted coup and the council’s subsequent decision to designate Fethullah Gulen’s movement (which Ankara officials accuse of masterminding the failed coup) a terrorist group underscore Bahrain's and other Arab Gulf states’ commitment to deepening their ties with Turkey.

In October, Turkish Foreign Minister Mevlut Cavusoglu met with his GCC counterparts in Saudi Arabia and released a joint Turkish-GCC communique, which denounced “indiscriminate airstrikes on Syria’s Aleppo” and expressed “deep regrets” in regard to the United Nations’ failure to bring peace to Aleppo. The communique emphasized “their complete rejection of the use of Iraqi territory as a safe haven for terrorist groups to carry out terror attacks, including smuggling of weapons and explosives.”

Although Bahrain trades less with Turkey than the other five GCC states, there are important security dimensions to the Manama-Ankara relationship in which Bahrain is following the lead of Saudi Arabia and Qatar by turning to Turkey for cooperation on regional crises. In August, Bahrain’s King Hamad bin Isa Al Khalifa became the first Arab leader to visit Turkey since the previous month’s failed coup. After receiving a warm welcome from Erdogan, the two leaders signed numerous agreements in the aviation, cultural, educational, legal and sports sectors. Hamad and Erdogan also discussed their countries’ “strong bilateral relations, regional and international issues and the latest developments,” reported the Bahrain News Agency. Speaking before the two delegations, Erdogan declared, “Turkey will never forget this stance, which will remain engraved in our memory,” and Hamad hailed the “importance of fraternal communication between” Bahrain and Turkey.

For Manama, the possibility of Bahrain-born Turki al-Binali succeeding Abu Bakr al-Baghdadi, the self-styled caliph of IS, is troublesome given the millennial cleric’s potential to recruit more youthful Arab Gulf citizens to his hateful cause. As IS fights to defend its control of Mosul, Iraq, with 2017 set to be a decisive year for the future of Raqqa, Syria, the caliphate may direct more violence toward new targets in the region to demonstrate IS’ ability to remain a substantial threat to regional security, even after losing its strongholds in Iraq and Syria.

Bahrain, ruled by a pro-Western monarchy and known for its liberal social norms (by Arab Gulf standards), is a target of IS propaganda. Earlier this month, IS called on its followers to attack Bahrain in the lead-up to US Secretary of Defense Ashton Carter’s visit to the island kingdom. The video urged IS adherents to strike against the US Navy’s Fifth Fleet and Bahrain’s Shiite citizens, delivering a message to GCC officials about the IS interest in expanding operations to Arab Gulf sheikdoms in 2017. As Turkey remains engaged in Operation Euphrates Shield in Syria, and IS continues to escape the Turkish security apparatus’ radar, having killed hundreds of Turks on Turkish soil in acts of terrorism throughout this year, Manama and Ankara will be keen on enhancing bilateral cooperation, including intelligence sharing, to deal with the common threat of IS.

Iran’s activities across the region, particularly in the Gulf, loom large in the minds of Bahraini authorities. Officials in Manama, like their counterparts in Riyadh, see the Islamic Republic’s foreign policy as an existential threat. Leaders in Tehran often use sharp rhetoric to denounce the Khalifa family's legitimacy and revive older territorial claims to the Persian Gulf archipelago country, announcing that they still view Bahrain as Iran’s “14th province” despite the shah relinquishing these claims in 1970. Since the Iranian Revolution of 1979, the Bahrainis have regularly accused Tehran of sponsoring subservice Shiite groups in the archipelago kingdom — the GCC’s only Shiite-majority country — allegedly with the aim of toppling the island kingdom’s Sunni rulers and creating a pro-Iranian Shiite political order in Manama.

Turkey does not view the "Iranian threat" through a Bahraini or Saudi lens. To the contrary, Turkey and Iran have deepened their economic bonds since the AKP’s rise to power in 2002. Ankara strongly supported the Iranian nuclear deal’s passage last year, and in July, officials in Tehran quickly came to Erdogan’s side in the immediate aftermath of the failed coup. As Ankara makes a geopolitical pivot to the East amid heightened tension with Washington, Iran heavily factors into Turkey’s foreign policy thinking. Furthermore, the question of Kurdistan is likely to create more common ground between the two governments moving forward.

Relations between Turkey and Iran, however, are no bed of roses. Erdogan’s government sees Iran and the Shiite militias it backs in Iraq as encroaching on land situated in Turkey’s historical sphere of influence. Last year, Erdogan stated that Tehran’s efforts to combat IS and “dominate the region” were “annoying Ankara.” As the battle for Mosul continues to rage, the Iranian-backed government in Baghdad will likely remain at loggerheads with Ankara. Turkey’s fundamental interests in Mosul and the surrounding area include: weakening the Kurdistan Workers Party and the influence of its Syrian offshoot, the Democratic Union Party; defeating IS; safeguarding Iraq’s Turkmen minority; regulating the flow of refugees into Turkey; and creating a stable, pro-Turkish, Sunni-led order in Mosul after IS loses its grip. Unquestionably, Ankara and Baghdad’s conflicting interests in the future of Mosul will create issues for relations between Turkey and Iran. Certainly, the rising influence of Iranian-backed militias in Iraq is a common source of concern for both Bahraini and Turkish officials who do not welcome the expansion and consolidation of Iranian influence in Sunni Arab land.

Looking ahead to 2017, Turkey is set to play an important role in Bahrain’s strategy for enhancing its peripheral balancing, as the Middle East’s geopolitical order remains highly unstable and fluid. Bahrain will continue working closely with its traditional alliances in the GCC as well as the island kingdom’s traditional Western allies, chiefly the United States and the United Kingdom. Yet primarily due to Manama’s friction with the Barack Obama administration and grave concerns about Donald Trump’s presidency, the Bahrainis are increasingly nervous about remaining highly dependent on Washington for their defense policy. Within this context, Bahrain is redefining its foreign policy agenda, hedging its bets and turning to non-Western and non-Arab Gulf states such as Turkey, as well as India and Russia, as peripheral allies who share some of Manama’s key interests and perceptions of various transnational threats.