After IS spokesman and second-in-command Abu Mohamed al-Adnani was killed in an airstrike last month, there are indications that Bahraini citizen Turki al-Binali may replace him. 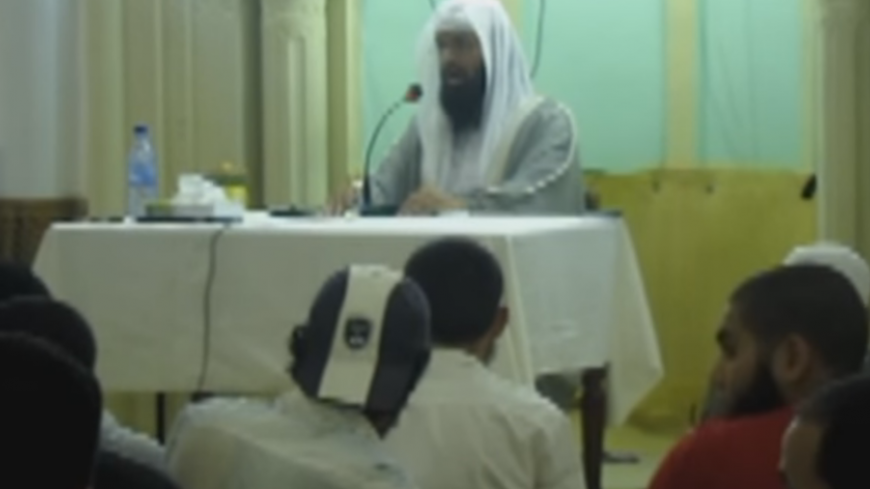 As the Islamic State (IS) struggles to maintain control of its strongholds in North Africa and the Levant, ongoing battles in Sirte, Aleppo and western Iraq will heavily influence IS’s trajectory moving forward. More than two years after self-styled IS caliph Abu Bakr al-Baghdadi famously announced a caliphate straddling swathes of Iraqi and Syrian territory equivalent in size to the United Kingdom, the death of Abu Muhammad al-Adnani (IS’s second-in-command and chief propagandist) last month raises another important question about IS’ future: Who will replace Adnani to become Baghdadi’s new potential successor?

One of the IS figures whom Baghdadi may select is Turki al-Binali (aka Abu Sufyan Al-Silmi), a fiery cleric from Muharraq, Bahrain. Born in 1984, Binali hails from a wealthy and important Sunni family with close ties to the Al Khalifa rulers. Binali grew up privileged, having studied at the College of Islamic and Arabic Studies in Dubai (until Binali’s extremist ideology led UAE authorities to deport him) before continuing his Islamic education back in Bahrain as well as in Lebanon.

Binali voluntarily departed Bahrain in 2013 and went to Libya to recruit for IS. Later he moved to the caliphate’s center in the Levant and became IS’s grand mufti. Recently, Binali was present in Libya after the US military began conducting strikes on IS targets in Sirte on Aug. 1, before returning to Syria in the aftermath of Adnani’s death on Aug. 30.

The Bahraini cleric is a disciple of Salman al-Awda (a Saudi cleric of the Sahwa movement) and a prodigy of Abu Muhammad al-Maqdisi (Abu Musab al-Zarqawi’s spiritual mentor). Binali is also an associate of Hajjaj al-Ajmi (a Kuwaiti Salafist who has raised funds for extremist groups in Syria) and Abdulaziz al-Tarifi (a Saudi cleric arrested in Saudi Arabia several months ago, reportedly for criticizing the kingdom’s religious reforms). He was possibly head of IS’s Research and Fatwa Department, responsible for issuing a pamphlet that provided a religious justification for raping Yazidi women enslaved in the Islamic State: “One should remember that enslaving the families of the [nonbelievers] and taking their women as concubines is a firmly established aspect of Sharia, that if one were to deny or mock, he would be denying or mocking the verses of the Quran and the narrations of the Prophet [Muhammad].”

IS’s top cleric has posed a difficult dilemma for Bahraini security officials. Since Binali exited the island kingdom, authorities in Manama have known about the cleric’s movements and his contacts in Bahrain. Yet they have refrained from a major crackdown within the context of a strategy aimed at removing IS terror cells from the country by permitting them to fight in Iraq and Syria while denying them the ability to return.

Last January, Bahrain’s interior ministry announced the revocation of Binali’s citizenship along with that of 71 other Bahrainis (mostly Shiites) on charges including “belonging to terrorist groups fighting abroad.” In addition to Bahrain, other GCC states and Egypt have banned Binali from entry. In January, Binali, his brother Abdullah Mubarak al-Binali (whom Bahraini authorities arrested last year when he attempted to leave the island kingdom with another person’s passport) and 22 others were on trial (of course some in absentia) before the Supreme Criminal Court on charges of seeking to establish an IS branch in Bahrain.

Despite such moves against Bahrain’s IS loyalists, officials in Manama have purposefully avoided a harsher crackdown for fear of jeopardizing the Al Khalifa family’s Sunni support base, of which the Binali family represents a key pillar, amid continued Shiite activism challenging Sunni rule in Manama. In Ala'a Shehabi's words, “The Bahraini government has also been nurturing and nourishing extremist groups and their sectarian ideology to counter the so-called ‘Shiite threat’ posed by the pro-democracy uprising.”

However, this strategy is risky for Bahrain and other GCC states, which have dealt with Sunni Islamist extremists on their soil with similar approaches. A number of "lone wolf" attacks in the Gulf Arab states inspired by Baghdadi and a growing trend for young GCC nationals to travel to Iraq and Syria via Turkey to join IS indicate how a relatively passive approach to these Sunni extremists has potential to backfire. Particularly troublesome for Bahraini and other Gulf Arab officials is the risk of these younger militants' following through on their threats to return home to the Arabian Peninsula to spread IS's ultra-violent agenda. The fact that the suicide bomber who detonated an explosives-laden vest in a historic Shiite mosque in Kuwait City last summer transited Bahrain on his way to Kuwait from Saudi Arabia highlighted holes in the Bahraini security apparatus.

Indeed, King Hamad bin Isa Al Khalifa’s visit to Ankara last month was not only aimed at showcasing Manama’s solidarity with the Turkish government post-July 15 but also at establishing deeper levels of bilateral cooperation on terrorism-related matters. Officials in Manama are most likely paying greater attention to Bahrainis entering Syria and Iraq from Turkish soil with increased concerns about their potential return to the island kingdom and communications with members of their tribes back in Bahrain.

IS’s Bahraini loyalists maintain an extremely anti-Shiite and anti-Western narrative, in which they call the “heretical” Al Khalifa rulers illegitimate for failing to adequately eradicate Shiite influence from the Shiite-majority island kingdom, being subservient to Western interests and not implementing Sharia (Islamic) law. There is concern about Turki al-Binali’s messages resonating deeper with Salafists in Bahrain who find the Gulf Arab state’s liberal social policies offensive and share the perception of Manama officials being too soft on Shiite activism.

Binali maintains an active social media presence to lure more young Muslims to IS’s cause and challenge his critics. He works with other members of the Binali family who have joined IS’s ranks in the Levant. One notable family member is Mohamed Isa al-Binali, a former police official in Bahrain who currently serves as an IS commander. Shortly after Manama joined the Washington-led military campaign against IS in September 2014, Mohamed Isa al-Binali appeared in a propaganda video stunt featuring him and five other armed Bahraini IS fighters walking in slow motion along the Euphrates River, calling on their family members in the island kingdom to boycott that year’s parliamentary elections and join their “noble mission” of “purifying” Iraq.

The Bahraini cleric represents a younger group of global jihadists whose tactics and beliefs contrast with those of their elder Afghan veteran counterparts. Whereas al-Qaeda refrained from crossing certain “moral red lines” such as spilling blood in mosques and Islam’s holiest sites, the younger generation of Salafi-jihadi militants in IS, battle-hardened by their involvement in the Syrian and Iraqi crises, see their elders as too passive. If Turki al-Binali emerges as Baghdadi’s successor and/or becomes IS’s next leader, such a development would mark a major transfer of authority from the old vanguard of global jihadists to a younger and more puritanical one as embodied by the Bahraini cleric.

Looking ahead, the GCC states must recognize Binali as a harbinger of Bahrain’s Sunni community who has the potential to recruit a growing number of Bahraini and other Gulf Arab young people to IS’s anti-monarchical and anti-civilizational cause articulated by the 32-year-old cleric from Muharraq. A toxic effect could spill across the GCC and greater Middle East, with the spread of Binali’s hateful ideology gaining a greater foothold among young Gulf Arabs who are vulnerable to the dark trap of radicalization.

Officials in Manama should question whether joining the US-led military campaign against IS can adequately fortress the archipelago state from the caliphate’s younger generation of Gulf Arab fighters. With Binali’s message to Bahraini Sunnis to topple Western-backed governments in the Middle East and wage a bloodthirsty campaign against Shiite Muslims, the young cleric’s rise in IS may provide Manama officials more reason to view the caliphate as an increasingly grave threat to the island kingdom.