The recent decline in Saudi-Iranian relations has put GCC members in a bind, in particular Qatar, which for years has tried to maintain diplomatic and economic ties with Iran. 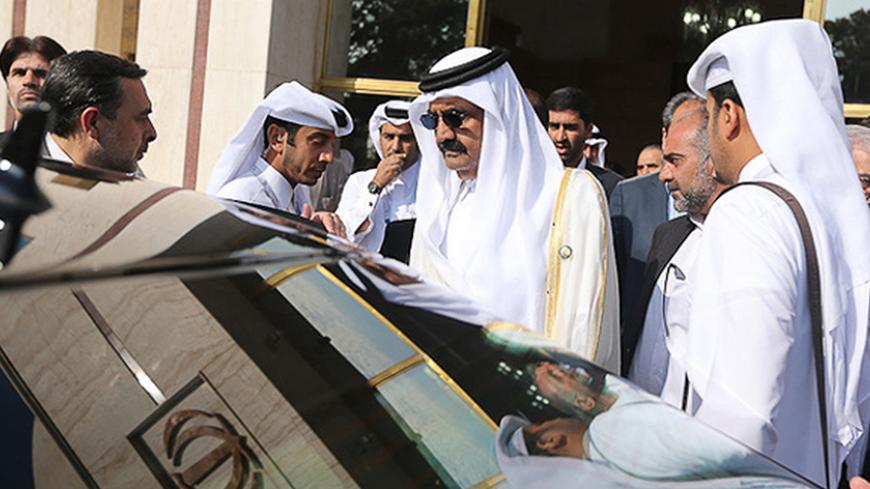 As the Middle East’s sectarian temperatures rise and the Saudi-Iranian geopolitical rivalry intensifies following Sheikh Nimr al-Nimr’s execution, Gulf Arab leaders frequently invoke the concept of Gulf Cooperation Council unity. A deeper analysis reveals, however, that most of the smaller Arabian Peninsula kingdoms’ diplomatic actions against Tehran in January were cautious, measured and ultimately aimed at advancing their respective national interests instead of solidarity among GCC members.

Qatar, which recalled its ambassador Jan. 6 but did not cut off ties with Tehran, is a case in point. Indeed, Doha’s diplomatic gesture against Iran did signal solidarity with neighboring Saudi Arabia. Yet, Qatar’s limited action indicates that Doha continues to tread carefully in the grander Saudi-Iranian geopolitical rivalry. The Qataris appear committed to pursuing their traditional foreign policy strategy of playing off both Gulf powers’ conflicting agendas to advance the Persian Gulf emirate’s own geopolitical interests.

Under Emir Sheikh Hamad bin Khalifa Al Thani’s reign (1995-2013), Qatari-Iranian relations deepened significantly. Doha’s outreach to Tehran, its support for the Muslim Brotherhood and the Qatari ownership of Al Jazeera all infuriated Riyadh officials, who frequently accused Doha of pursuing its own interests at the expense of the GCC’s collective security. Saudi Arabia has often viewed Qatar as a thorn in its side and a challenge, despite its small size, to Riyadh’s position as an anchor of the Gulf’s geopolitical order. After the Arab Spring erupted across the region in 2011, analysts frequently referred to a Qatari-Saudi rivalry. At that time, Riyadh and Doha began competing to fill political vacuums in nations such as Egypt and Syria, based on their different visions for the Sunni Arab world’s future.

Although growing Qatari-Iranian ties fueled tension between Doha and other GCC members, it was logical for Qatar to pursue an increasingly cooperative relationship with Tehran, given the emirate’s strategic interests and ambitions. A troubled history of distrustful relations with the Saudis, entailing border disputes and Riyadh’s alleged interference in Doha’s palace politics throughout the 1990s, prompted the Qataris to prioritize autonomy from Riyadh’s geopolitical orbit.

Deeper relations with Iran have been a means of achieving this independence. Qatar’s small Shiite minority, which has historically maintained positive relations with the Sunni majority, has never succumbed to significant Iranian influence. Accordingly, officials in Doha, unlike their counterparts in Riyadh and Manama, have never felt too threatened by a possible Iranian-inspired Shiite revolution in Qatar.

In contrast to other GCC states, Qatar has often viewed Iran as part of the solution to regional security dilemmas. For example, in 2010, Doha signed a bilateral agreement with Tehran “to combat terrorism and promote security cooperation.” Four years earlier, Qatar was the only UN Security Council member to vote against Resolution 1696, which called on Iran to halt its uranium enrichment program.

Strong economic bonds with Iran factor significantly in Doha’s strategic calculations. Sharing North Dome/South Pars (the world’s largest natural gas field) with Iran, the Qatari leadership is motivated to address problems in Arab-Iranian relations using dialogue rather than hostility. Unquestionably, a military conflict in the Gulf involving Iran could threaten both Doha and Tehran’s development of North Dome/South Pars. Thus, it was unsurprising that soon after the the five permanent members of the UN Security Council plus Germany and Tehran reached their watershed nuclear agreement, Qatar’s foreign minister welcomed it and declared that the deal will make the Middle East safer.

In March 2014, Qatar experienced a crisis after Saudi Arabia, Bahrain and the United Arab Emirates recalled their ambassadors from Doha. The action was an outcome of the aforementioned tensions between Qatar and these GCC members, which accused Doha of meddling in their domestic affairs. Saudi Arabia even threatened Qatar with a land and sea blockade. Realizing that Qatar had paid a major price for his father’s controversial foreign policy, Qatar's young emir, who inherited the throne in 2013, made substantial efforts to mend Qatari-Saudi ties. By November 2014, the three GCC states had sent their ambassadors back to Doha to end the eight-month rift.

Qatar and Saudi Arabia’s alignment on the crises in Syria and Yemen has contributed to this easing of tension between the two monarchies. The new Saudi leader, King Salman bin Abdul-Aziz Al Saud, has also softened the kingdom’s tone toward the Muslim Brotherhood, viewing the Sunni Islamist group as a rather useful ally in his campaign to counter Iranian influence across the region. For this reason, Salman views the support of Qatar and Turkey for the Muslim Brotherhood with far less anxiety compared to his predecessor.

At this sensitive juncture, Doha is determined to strike a balance that enables Qatar to reap all the benefits of an increasingly cooperative relationship with Iran, while building upon the emir’s success in defusing tension with Saudi Arabia.

This balance was on display after hundreds of Iranians ransacked Riyadh’s embassy in Tehran. Qatar did recall its ambassador to Iran as a gesture of solidarity with Saudi Arabia, but did not follow Bahrain and Sudan’s lead by severing ties. That Qatar was the last GCC state to take diplomatic action against Tehran, coupled with the announcement coming from the Asian Department at the Ministry of Foreign Affairs — not from the royal family — underscored how carefully the Qataris played their cards. (Not lost in the equation was the fact that last December, Iranian-backed Shiite militias in Iraq took members of Qatar’s royal family captive, which further prompted Doha to avoid excessively antagonizing Iran.)

As tension escalates between Riyadh and Tehran, causing the Middle East’s sectarian tensions to rise to the highest levels since the Iran-Iraq War, smaller GCC members such as Qatar will continue to feel the heat. The extent to which Qatar can continue balancing Saudi Arabia and Iran’s interests against one another without choosing sides remains to be seen. As Qatar continues to join the Saudis in waging proxy wars against Iran in Syria and Yemen — while promoting a dialogue with post-sanctions Iran and cooperating in their respective energy sectors — Doha is likely to leave Riyadh and Tehran guessing about its next move. Neither will be totally pleased with Qatar’s relatively independent foreign policy.