Rather than forcing Qatar to sever ties with Tehran, the Saudi-led boycott on Qatar has instead pushed the emirate closer to Iran. 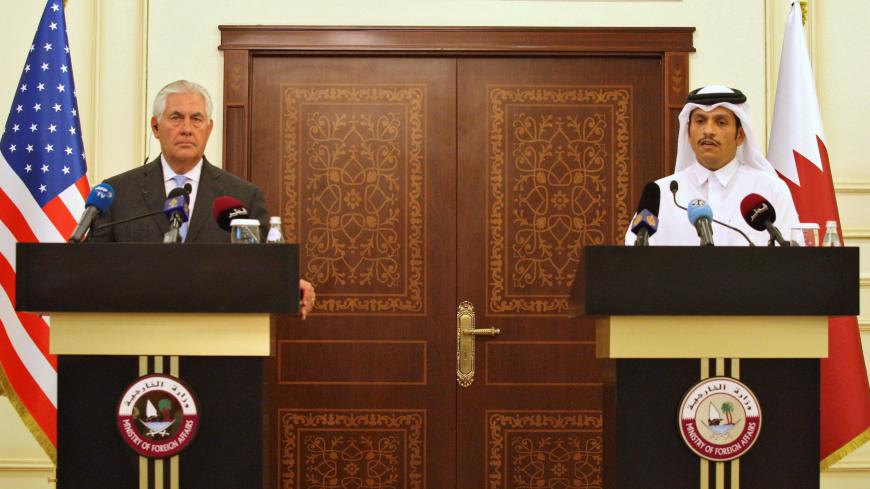 Almost 21 months ago, Qatar expressed solidarity with Saudi Arabia by recalling its ambassador to Iran after hundreds of Iranians attacked Riyadh’s diplomatic facilities in Tehran and Mashhad in response to Sheikh Nimr al-Nimr’s execution. Yet on Aug. 23, Doha announced that its ambassador would "return to resume his diplomatic duties" in Tehran. Undoubtedly, this move was indicative of the Saudi/United Arab Emirates (UAE)-led bloc’s failure to pressure Doha into aligning more closely with its fellow Sunni Arab states.

To the contrary, the Qatar crisis has pushed the emirate closer to Iran. Unless the 12-week dispute in the Gulf Cooperation Council (GCC) gets resolved, the GCC can feel quite confident about Qatar pursuing deeper ties with Iran for its geopolitical benefit throughout the highly divided region. If the quartet (Bahrain, Egypt, Saudi Arabia and the UAE) maintains its blockade on Qatar, it would be difficult to imagine Doha not becoming further invested in closer ties with Tehran out of mere necessity. Over the past 12 weeks, Iran has played a crucial role in enabling Qatar to function as a sovereign state without capitulating to the Saudi/UAE-led bloc. As the only nonquartet country sharing a maritime border with Qatar, Iran has been pivotal in terms of enabling the Arabian emirate to meet food import requirements following the Saudi-Qatari border closure. Shortly after the Saudi/UAE-led bloc cut off ties with Qatar, Iran opened its airspace to approximately 100 more Qatari flights each day that previously crossed the quartet countries.

Now that Qatar has adjusted many of its import/export routes since June 5, which Doha paid an economic price for doing, it is doubtful that the emirate would readjust them even if the GCC resolved its dispute, which is itself unlikely. Turning back to Saudi Arabia for food imports would only subject Qatar to Riyadh’s leverage in the future.

Tehran’s civilian leadership under President Hassan Rouhani has invested in initiatives aimed at convincing the smaller GCC members that Iran is a peaceful neighbor committed to the security and prosperity of all Gulf states. The Qatar crisis has afforded Iran the opportunity to tell Arabs that it is Saudi Arabia, not Iran, that threatens Middle Eastern countries’ sovereignty. The crisis has also helped Tehran challenge the narrative that Iran’s foreign policy is sectarian. Tehran is focused on improving relations with Sunni actors in the Middle East, recently including Turkey and Hamas in addition to Qatar, despite differences in regional crises, namely Syria. Indeed, closer Qatari-Iranian relations could help promote a Sunni-Shiite dialogue in the region, especially given Doha and Tehran’s relations with a host of nonstate actors in regional hotspots where diplomatic channels are necessary for resolving conflicts.

Between the resolution of the GCC’s 2014 rift and the ongoing Qatar crisis’ outbreak, Doha put some distance between itself and Iran largely to secure better relations with Riyadh. For example, in addition to pulling its ambassador to Tehran last year, Qatar also joined the Saudi-led military coalition in Yemen in March 2015 one year before designating Hezbollah a terrorist organization while maintaining the firm stance that President Bashar al-Assad’s departure from power was a prerequisite for peace in Syria. The Arabian emirate was also one of the original 34 members of the Islamic Military Alliance to Fight Terrorism, unveiled by Saudi Arabia’s then-Deputy Crown Prince Mohammed bin Salman in December 2015.

Yet at this juncture and with Kuwaiti mediatory efforts proving futile, Qatar is preparing for a post-June 2017 foreign policy chapter in which it has severed ties with three GCC members. As Qatar charts a new course in the beleaguered Middle East, Iran has reason to be confident that the emirate will seek closer and more cooperative relations with it, unless the quartet restores relations with Doha.

Since Qatar’s economic and geopolitical rise, Doha has maintained a pragmatic, nonideological and highly flexible foreign policy. Qatar shares the world’s largest natural gas field with Iran, and its nonrebellious Shiite minority is deeply integrated in the emirate’s political establishment and economy. As such, Doha has cooperated closely with Tehran in the past while never viewing the “Iranian threat” through other GCC states’ lenses. This different threat perception of Iran is an underlying cause of the GCC’s dispute. The unsurprisingly negative response to Qatar’s decision to return its ambassador to Iran from the GCC states illustrates further frustration on the quartet’s part as the bloc contends with its failure to pressure the emirate into changing its foreign policy based on demands that included severing ties with Tehran. Qatar’s move only reinforces a perception in other Arabian Peninsula countries that Doha is not committed to the GCC’s collective security and it embraces state and nonstate actors who threaten the security of other GCC members.

What remains to be seen is how the Donald Trump administration will respond to Qatar sending its envoy back to Tehran. Emir Tamim bin Hamad Al Thani joined dozens of other Arab/Muslim heads of state in Riyadh three months ago for the Arab Islamic American Summit, where Trump called on Washington’s allies to counter Iranian influence in the Middle East. To be sure, Qatar’s ambassador returning to Tehran marks a setback to the White House’s quest to isolate Iran regionally.

Ultimately, Washington will likely realize that with the Qatar crisis remaining unresolved, Doha has few options but to strengthen relations with Iran out of mere geopolitical and economic necessity, assuming that the emirate does not pay the humiliating cost of capitulation to restore ties with the UAE, Egypt, Bahrain and Saudi Arabia. Essentially, the Trump administration must come to terms with the fact that the GCC’s dispute has fueled divisions between Washington’s key Sunni Arab allies that have benefited Iran’s foreign policy agenda.

In 1981, Saudi Arabia led the initiative to form the GCC. Although establishing a common currency and a customs union and investing in scientific research, among other initiatives, were aims of the GCC, it would be disingenuous to claim that any cause other than establishing greater collective security against the nascent Islamic Republic was the main reason behind the GCC’s creation. Thirty-six years later, one of the council’s founding members sees the gravest threat to its sovereign integrity and prosperity coming from fellow GCC states, not the Persian Shiite power across the Gulf. In the upcoming future, odds are good that Doha’s foreign policy will reflect this perception absent any unexpected resolution of the GCC dispute.