Qatar’s economic and geopolitical separation from Bahrain and other GCC states will come with economic costs. 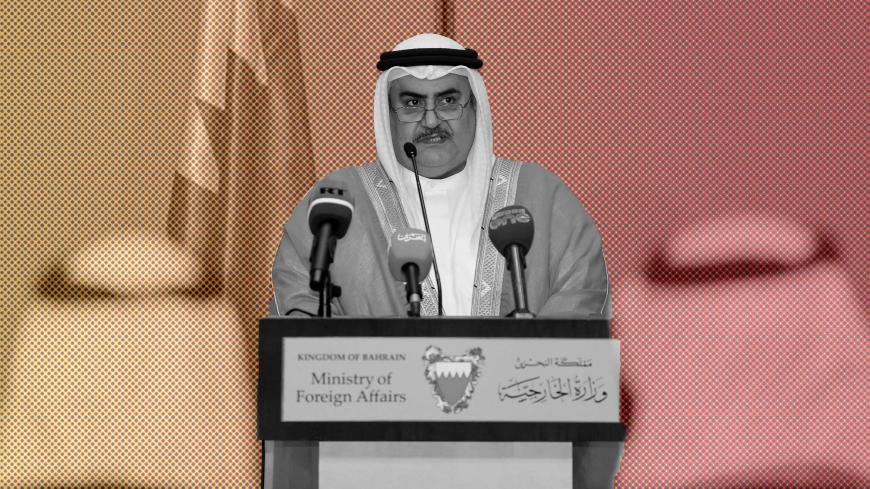 Tensions between Bahrain and Qatar have reached an enormously high level. Last month, Bahrain’s Shura Council condemned Doha’s alleged “coordination and cooperation” with the Arabian archipelago country’s Shiite opposition and Iran “to spark chaos” amid the unrest of 2011. According to Bahrain News Agency, Qatar was behind the creation of social media accounts and “hostile Bahraini opposition websites” to “ignite the flames of sectarianism” and topple the Al-Khalifa regime.

The cited evidence was a phone call between former Qatari Prime Minister Sheikh Hamad bin Jassim bin Jaber Al Thani and Sheikh Ali Salman, the leader of Al-Wefaq, Bahrain’s dominant and, since then, dissolved Shiite opposition society. Both Qatari officials and Al-Wefaq representatives officially responded, maintaining that Doha’s then top diplomat made that call during a state-sponsored visit to the island kingdom when Qatari mediators were pursuing initiatives to resolve Bahrain’s crisis. Doha and Bahrain’s main Shiite opposition faction pointed out that Hamad bin Jassim came to Bahrain from Saudi Arabia and that he did so with King Hamad’s approval.

Indeed, there is a rich history of friction between Bahrain and Qatar that far predates the ongoing Gulf crisis. Sovereign disputes over the Hawar Islands, Zubarah and other territories, which arose early on in these two states’ post-independence period, remained unresolved throughout the second half of the 20th century. In 1996, Doha accused Manama of supporting a counter-coup against Emir Tamim bin Hamad Al Thani’s father, who ascended to the throne in a bloodless palace coup the previous year. Yet Bahraini-Qatari relations improved markedly by 1997, when Manama and Doha agreed to establish full diplomatic relations and take their territorial disputes to the International Court of Justice, which led to a settlement in 2001. In June 2006, the two governments signed an agreement to build a 25-mile causeway, the “friendship bridge,” linking Bahrain and Qatar.

In fact, six years ago, a number of analysts accused Qatar of using Al Jazeera to promote democratic revolutions in Egypt, Libya and Syria while paying substantially less attention to unrest in Bahrain. According to many critics of Qatar, Doha applied a double standard to the Arab Spring uprisings, using Al Jazeera to support revolutionary Arab movements outside of the Gulf Cooperation Council (GCC) while opposing those that challenged the legitimacy of the Al Thani rulers’ fellow Arabian monarchs such as King Hamad. Hamad bin Jassim’s remarks in an Al Jazeera interview one day after the GCC deployed 1,500 Shield Peninsula forces to Bahrain added to this perception of a “double standard” in Doha’s foreign policy. He said, “Common responsibilities and obligations within the GCC countries” required Qatar and all Council members to “fully cooperate” and adhere to past agreements.

Nonetheless, Manama and Doha were not on positive terms for too much longer after 2011. The two main issues that fueled friction between Bahrain and Qatar between the unleashing of “Arab Spring” uprisings and May/June of this year were Doha’s cordial ties with Iran and Al Jazeera’s coverage of events in Bahrain and other Middle Eastern countries such as Egypt, Saudi Arabia and Yemen.

Despite the aforementioned argument about Al Jazeera’s coverage of Bahrain’s unrest in 2011, the Qatari state-owned network has since given a platform to voices from the Shiite opposition to express their grievances. For example, in 2012, the network aired “Bahrain: Shouting in the Dark,” a documentary that won the Amnesty International Media Award and exposed the plight of a “people fighting for democratic rights” and who “broke the barriers of fear” amid an “Arab revolution that was abandoned by the Arabs, forsaken by the West and forgotten by the world.”

In consensus with its fellow quartet members, Bahrain’s leadership maintains that it is fully unacceptable for a fellow GCC state to broadcast a state-owned media network such as Al Jazeera, which allegedly operates against Qatar’s fellow Sunni Arab governments in the Gulf and beyond. As such, this issue of media and journalism in the GCC prodded Bahrain to back the Saudi/UAE-led efforts to take action against Qatar and Al Jazeera in 2014, as well as in June 2017.

Indeed, throughout the past three months, Bahrain and Qatar have accused each other of “military escalation,” “psychological warfare,” sponsoring terrorism and violating international law, among other aggressive acts. Unquestionably, the issuance of such rhetoric can only make it costlier for either Bahrain (and its allies) or Qatar to make political compromises necessary for resolving their stalemate in the future. But rather than working to repair relations with the Saudi/UAE-led bloc, Doha is charting a new foreign policy course based on deeper ties with Iran, Turkey and Russia.

Qatar’s economic and geopolitical separation from other GCC states, including Bahrain, will come with economic costs. Without any prospects for the “friendship bridge” being built until the Qatar crisis resolves, the Bahraini economy, which is suffering from low oil prices and in need of growth in non-oil sectors, will not have the opportunity to benefit from coastal resorts, cinemas and business parks that could be built to cater to businessmen, investors and tourists from the world’s wealthiest country across the causeway.

In addition to growing Bahrain’s tourism industry, the logistics sector could gain from the “friendship bridge,” with the island kingdom becoming an increasingly important trade corridor linking Qatar to Saudi Arabia. Bahrain’s comparatively liberal investment environment and workforce, which is more trained than those in other GCC states, could potentially lure more businesses to come into the archipelago sheikdom from other Arabian Peninsula states.

The costs of Qatar and its fellow GCC states not deepening their economic and investment links will likely be paid for a long time. Moreover, the rising tension between Doha and Manama will further damage the prospects for the GCC members to restore any semblance of political unity, trust and cohesion under a common Khaleeji identity and in pursuit of mutual interests, including the diversification of their economies beyond traditional hydrocarbon sectors.