The Justice Ministry and Dar al-Iftaa organized training sessions for marriage registrars to investigate cases of verbal divorce before its official authentication in a bid to reduce the high divorce rates. 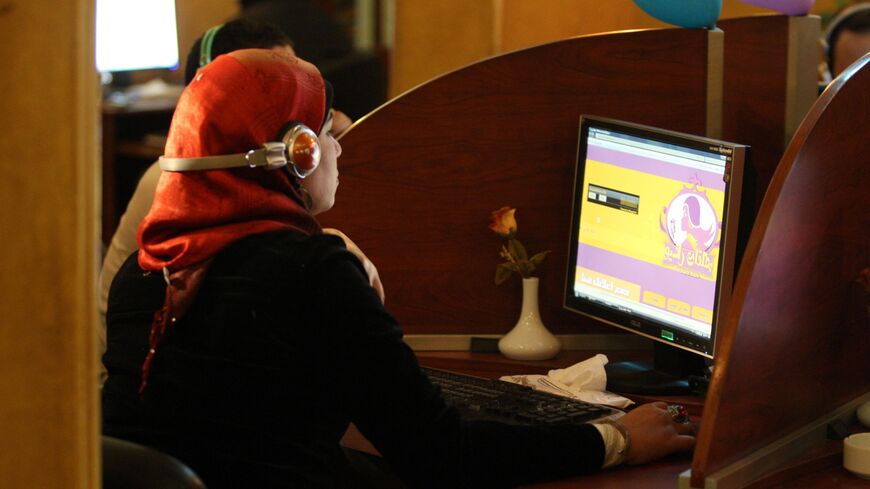 CAIRO — The Egyptian Justice Ministry, in cooperation with Dar al-Iftaa, held a training program last month for authorized marriage registrars, known as mazouns, including instructions on how to investigate verbal divorce petitions before their official authentication.

Under religious laws, a Muslim man in Egypt can divorce his wife by merely stating, "I hereby divorce you." The divorce is then officially notarized. If the oral declaration of divorce takes place in front of the authorized person and is immediately notarized, the divorce cannot be rescinded.

The training course, held Oct. 28, focused on oral divorce because it is the most common type of divorce in Egypt, and it often does not end up being registered because of the context in which the word "divorce" between the spouses was mentioned. For such a divorce to be valid, according to Al Azhar's Council of Senior Scholars, the husband must make the proclamation of divorce "through a legal capacity and a conscious will." Officials were trained to clarify the surrounding circumstances and whether the divorce was then documented or not, according to legal provisions.

The program involved 903 registrars from across the country’s governorates and was aimed at raising awareness of the consequences of divorce. The training program aims to broaden the role for marriage registrars — looking into the intention and sincerity of verbal divorce statements — and not limit their jobs to the legal process and documentation of these divorces.

In an Oct. 28 statement, the Justice Ministry said that the training is part of the Egyptian state’s efforts to reduce divorce rates and mitigate "the ensuing repercussions which threaten the family cohesion and community building."

In a telephone interview during a television program on al-Hadath al-Youm on Aug. 10, Maj. Gen. Khairat Barakat, the head of the Central Agency for Public Mobilization and Statistics, said that divorces in Egypt during the past year numbered 213,000.

The head of the Egyptian Mazouns Syndicate, Sheikh Islam Amer, told Al-Monitor, “The training program was carried out based on the syndicate’s request to Dar al-Iftaa to allow marriage registrars to have a broader role in matters related to marriage and divorce.”

“The training was mainly based on how to verify whether or not a verbal divorce actually occurred" as specified under religious law, he said, especially in cases of triple talaq — the religious right of a Muslim man to divorce his wife by uttering "talaq" (divorce) three times in one sitting. When this happens, the man cannot annul the divorce unless the woman marries another man through tahleel marriage, or a short-term, intermediate marriage, which is forbidden under Islamic law, Amer said.

The training focused on verbal divorce cases, Amer continued, "especially since many Muslims believe that a divorce cannot be done through oral means, which [they believe] is against Sharia.” He stressed, “In such cases, it would be the registrar’s mission to verify what words a man uttered to divorce his wife and if he really had the intention to do so or it was just an empty threat.”

If marriage registrars have more leeway, Amer said, it would ease the burden on the Egyptian Dar al-Ifta and Al-Azhar al-Sharif, which are the main reference in matters of marriage and divorce. "Now, the registrar can act like a mufti, which will achieve the desired goal of reducing divorce rates in the near future.”

Ahmed al-Mashad, a member of Al-Azhar International Center for Fatwa, said during a ONE interview in 2018 that the religious institution has a family reunification unit that receives about 400 questions per week, most of which revolve around divorce.

Amer stressed that registrars should not rush to authenticate verbal divorces and seek reconciliation between the spouses, and that their role is no longer limited to just registering divorce cases, which weigh heavily on the state’s budget.

The official divorce costs in Egypt reach about 17.85 billion pounds annually. The state also spends about 7.75 billion pounds on litigation expenses and the salaries of judges, public prosecutors and exports, according to Ahmed Samir Zakaria, adviser to the think tank Egyptian Center for Economic Studies, in a statement based on a study issued by family courts.

Amer added that the topics covered during the training will be circulated to all the authorized marriage registrars across the homeland, who will coordinate with governors to  raise awareness of the dangers of verbal divorce.

Saeed Sadiq, a professor of socio-political science at the American University in Cairo, told Al-Monitor, “It is necessary to identify the reasons that lead to divorce, and the registrar should be the last resort for couples. It is also equally important to raise awareness to avoid rushing into marriage under social pressure, which sometimes pushes women to marry the wrong person. Young men should also be educated on marriage responsibilities and its social and economic requirements.”

Randa Fares is the director of the Mawadda project, a national program to raise awareness among engaged couples in a bid to reduce divorces later. She said in a May 27 interview that Egypt registers between 800,000 and 900,000 marriages annually, as opposed to 200,000 divorce cases.