Women's rights campaigners are hoping a recent fatwa forbidding tahleel marriages will pave the way for a law criminalizing the archaic practice. 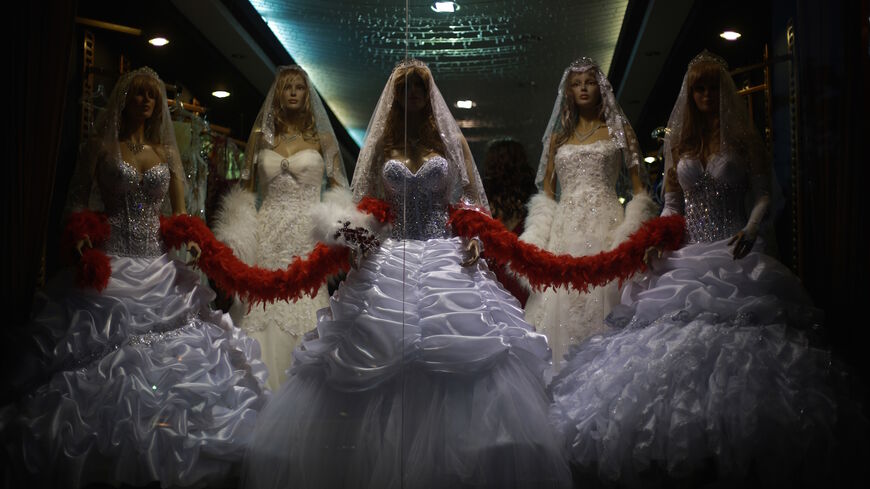 Dar Al Iftaa has issued a fatwa forbidding so-called tahleel marriages, or short-term, intermediate marriages in which a man marries a divorced woman for the sole purpose of making it religiously permissible for her to remarry her first husband.

The latest fatwa published on Dar Al Iftaa's official Twitter account condemns such marriages as "sinful," or haram. The fatwa was welcomed by social media activists and women's rights campaigners, the latter of who have long called for an end to the archaic practice that discriminates against women. They are hoping the religious ban on the practice paves the way for legislation criminalizing such marriages in Egypt.

Under Sharia law, a husband may remarry his wife without preconditions if he divorces her once or twice. If, however, he divorces her a third time, whether orally (by simply uttering the words "I hereby divorce you") or by filing for divorce in court, the divorce is irrevocable.

It is sinful for the couple to wed again after a threefold divorce unless the divorced woman weds another man and that second marriage is consummated. If it so happens that the second marriage also ends in divorce or the death of the second husband, only then can the woman return to her former spouse.

Muslim scholars argue this precondition is meant to curb divorce, the most "detestable" of lawful acts in the eyes of God, according to a hadith, or saying, of Prophet Muhammad.

Some couples have nevertheless found a way to circumvent the Islamic ruling by resorting to tahleel marriage. In such cases, after an irrevocable divorce, arrangements are made (often by the husband himself or by his ex-wife's family) for the woman to marry another man, a so-called muhallil, for a short period of time (sometimes lasting no more than one night and often without sexual intercourse) for the sake of legitimizing their reunion. The difference between tahleel marriage and the Islamic ruling is that the former is a sham marriage with a prearranged time limit and often with the muhallil (the second husband) getting paid to serve as an intermediary.

Despite the religious ruling against tahleel marriages, such marriages are not outlawed in Egypt and have even been promoted in TV soap operas, films and theatrical comedies such as the long-running "El Wad Sayed El Shaghal" in which veteran actor Adel Imam plays the role of the muhallil.

In issuing the latest edict, Dar Al Iftaa cited the hadith of Prophet Muhammad narrated by his companion Abdullah Ibn Massoud: "Cursed is he who serves as a muhallil, and cursed is the (former) spouse who allows his divorced wife to enter a sham marriage (after their third, irrevocable divorce) for the sake of making her lawful for him (the ex-spouse)."

The fatwa came in the wake of the prosecution of a man who admitted during interrogation by prosecutors that he had married and later divorced no fewer than 33 divorced women within the span of the last two years in what he described as a "charitable" act to enable the women to reunite with their former spouses after the couples' third divorce.

Mohamed El Mallah (the man in question), who is married and works as an accountant, describes himself as a "lawful muhallil." In a live interview in an episode of "Hadatha Fee Masr," a show broadcast on the satellite channel MBC Masr, he was unremorseful, insisting he was "doing the right thing by saving families from destruction."

"I married the women in compliance with Sharia law and without seeking payment or reward," Mallah said.

It all started when a colleague at work told Mallah about a female friend of hers whose husband had divorced her for the third time and suggested that he do a charitable deed by acting as a muhallil to allow the divorced woman to later return to her former spouse, albeit with a new contract.

Mallah married the woman and divorced her three days later. He then met other divorcees seeking a muhallil through Facebook, where he promotes himself on his page as a "lawful muhallil (who aims) to reunite divorced women with their former spouses." Some of the other women he married were introduced to him "through common friends" or "mutual acquaintances" who knew he was willing to fix broken marriages for no charge.

Mabrouk Attia, a preacher and professor of Sharia at Al Azhar University who appeared on the show with Mallah, criticized the latter's actions as "un-Islamic." He argued that in Islam, marriage is based on mutual consent without a prearranged time limit. If a husband annuls the marriage for a third time, his former spouse would need to marry another man (before she can return to him), but that (second) marriage should by no means be a stepping stone to reunification with her former spouse, noted Attia.

Azza Soliman, a lawyer and human rights defender, affirmed that tahleel marriages do take place in Egypt and noted, "We have no idea how prevalent they are as they are rarely publicly declared as such."

"We find that a woman whose husband has divorced her three times is registered as married to another man," Soliman told Al-Monitor. "After a month or at times, even a week, we find her registered again as a divorcee, having cited incompatibility or some other reason as grounds for her divorce from her second husband."

"The same woman then remarries her previous spouse after observing the iddah," Soliman said, in reference to the three-month waiting period a Muslim woman observes after divorce or after the death of her husband.

"There are no statistics to indicate how common tahleel marriages are," said Soliman. "What is certain is that there is no mention of muhallil in the proposed Personal Status draft law, nor has tahleel marriage been criminalized in Egypt."

Mozn Hassan, a women's rights campaigner and founder of Nazra for Feminist Studies, believes while legislation is important to curb the practice, what is even more important is to find out the root cause of the problem. "We need women to speak out so that we can better understand why some women agree to [be] exploited in this manner," she told Al-Monitor.

"Criminalizing such marriages is an important first step, but rather than focus on this phenomenon we need to look at the entire situation and adopt a holistic approach to women's rights," Hassan said. Describing the Personal Status draft law submitted by the government as "regressive," she complained that proposed amendments to the law "largely discriminate against women and fail to recognize them as equal to men."

Nehad Abul Komsan, founder and chairperson of the Egyptian Center for Women's Rights, said President Abdel Fattah al-Sisi had in 2017 called for a ban on verbal or oral divorce, but the call was met with stiff opposition from Al Azhar clerics.

In Egypt, a husband may annul the marriage by simply uttering the words "I hereby divorce you." This partly accounts for the high divorce rate in the country. With more than 200,000 divorces per year, Egypt ranked first among world countries in divorce in 2019, according to official statistics. The following year saw a spike in divorce and domestic abuse cases filed in court as a result of the pandemic lockdown, according to Ahram Online.

Still, women's rights advocates are hopeful that the historic decision to appoint female judges at the State Council and Public Prosecution will augur well for Egyptian women, "as the women judges will likely be more sympathetic to women's causes," suggested Hassan. She hopes the move "will spell the end of such discriminatory customs as tahleel marriages that cause women severe socioeconomic distress."