A lawmaker's proposed amendment to restrict divorce to cases of extreme harm to women has raised concerns among rights advocates who argue that the bill, if approved, would turn back the clock on women's rights. 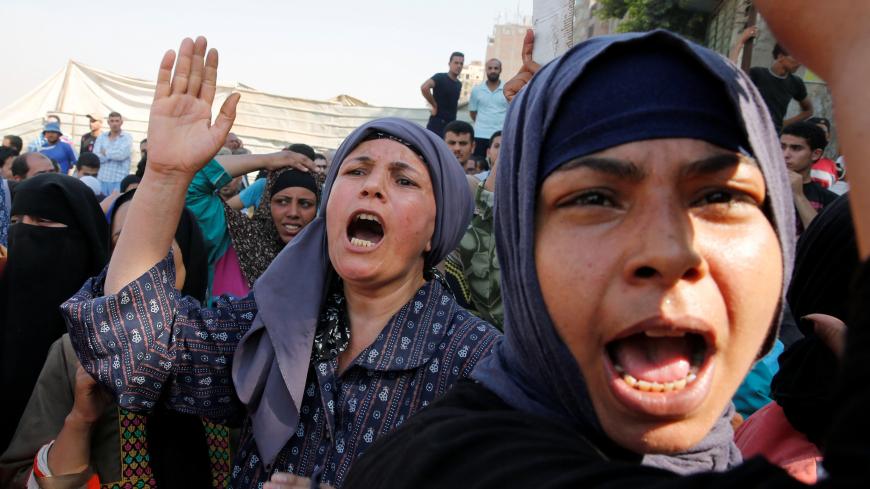 A member of Egypt's parliamentary Human Rights Committee has sparked controversy after proposing an amendment to Article 20 of the country's Personal Status Law, which, if approved, would deny Egyptian women the right to divorce except in cases of "extreme harm to the wife."

If given a nod by the House of Representatives, the revised legislation would restrict "khul," also known as "no-fault divorce," to cases of a husband's infidelity, impotence, infertility, imprisonment, severe physical abuse and abandonment of the wife for more than two years.

Khul is a procedure under Sharia whereby a wife may initiate divorce by forfeiting her right to alimony and returning the dowry and other gifts that she received from her husband and his family. The Islamic divorce procedure, introduced in Egypt in 2000, has been hailed by Egyptian media as "groundbreaking," as it granted Egyptian women a long-denied right to divorce.

Atef Makhalif, member of parliament from Mataria, who proposed the amendment, has justified it citing "the ever-increasing divorce rates in Egypt," which, he said, "pose an ominous threat to the society."

"The majority of divorce cases in Egypt are initiated by women seeking to unilaterally divorce their husbands, often for trivial reasons such as the husband snoring at night," he told Al-Monitor. "We need to put an end to this and preserve the sanctity of marriage as the family is the foundational social unit that fosters the well-being of society.”

An increasing number of Egyptian women are resorting to khul as a way out of unhappy marriages. Lately, however, some of the plaintiffs filing for divorce have given bizarre reasons for wanting to end their marriages, leaving judges unconvinced they have legal grounds for divorce. Last month, one woman who filed a petition for divorce with the family courts — established in 2004 to arbitrate disputes within the family — said she wanted to end the marriage "because my husband has grown his hair and developed a love for cats." She also complained that he had stopped going to work and refused to leave the house.

Another woman, married for four years with one child, sought divorce on the grounds that her husband "makes fun of me for being short. He often teases me with my height and has more than once insulted me in front of his family," she complained in court.

Both cases are still under review in the courts and it remains to be seen whether the rulings will be in the plaintiffs' favor.

Not all khul cases, however, can be taken as lightly as these two. Many complainants cite substance abuse by their husbands as a motive for seeking divorce. The addiction problem often goes hand in hand with domestic violence. Other women resort to khul after discovering that their husbands have taken a second wife without seeking their consent, as required by law. Others still complain that their husbands no longer provide for the family. Harsh economic conditions resulting from austerity measures imposed by the government since 2016 are taking their toll on poor Egyptian families, already struggling to stay afloat. The economic pressure has partly contributed to the rise in divorce rates in recent years. One-fifth of marriages in Egypt end in divorce each year, according to a February 2018 report by the Central Agency for Public Mobilization and Statistics. It also said that 40% of divorces occur within the first five years.

Azza Kamel, a women's rights activist and founder and director of the Cairo-based nongovernmental organization Appropriate Communication Techniques for Development, dismissed the proposed amendment as "a bigoted attempt to circumvent the current law that gives women an equal right to divorce without cause."

"Under khul, a woman can be released from a marriage she no longer desires, regardless of her reasons for doing so. Sharia has given her that right since the days of the Prophet Muhammad, on condition that she give up her right to financial support from her spouse after divorce and return any gifts that she received from him while they were married," Kamel told Al-Monitor.

Before the landmark divorce procedure was introduced in Egypt, women's attempts to file for divorce had largely proved futile. The challenges faced by women looking to get out of a bad marriage were highlighted in the 1975 Egyptian film "Uridu Halan" ("I Want a Solution"), which sent shockwaves across the country when it was shown in cinemas. The film exposed the severe discrimination Egyptian women face in courtrooms, showcasing the story of Doreya, played by iconic film star Faten Hamama, who goes to court seeking to divorce her diplomat husband only to suffer years of agony and humiliation in court — to no avail.

"The proposed legislation to restrict khul to certain cases — such as male sexual dysfunction and a husband's infertility — threatens to deny Egyptian women their hard-earned right to divorce, reversing one of a handful of significant gains made by women in recent decades," Kamel noted.

While khul has helped many women escape from abusive marriages, some rights advocates such as lawyer and founding Director of the Center for Egyptian Women's Legal Assistance Azza Soliman, argue that the procedure falls short of giving women equal rights to divorce.

"The implementation of khul leaves much room for improvement. While men can divorce their wives by simply uttering the words "I hereby divorce you," khul is a long and tedious process, exposing women who file for divorce to months of suffering and humiliation in courts," Soliman told Al-Monitor.

She added, "Not only are women required to state the cause for divorce, they must also back up their complaints with evidence, often difficult to provide. Women must also relinquish financial support from their spouse [after the divorce], in addition to having to recompense the dowry."

In other proposed amendments to the Personal Status Law, Makhalif has suggested lowering the age of children in maternal custody to nine from the current 15. "Young children need to be in their mother's custody but adolescents need a firm hand, so it is in their best interests to be with their fathers once they turn nine," he said.

Under the current family law, mothers have the right to custody of their children until they turn 15. It is up to the teenager to then decide with which parent they choose to live. A controversial amendment introduced in 2016 stipulates that if a mother remarries after the divorce, she loses custody of her children to the father. Prior to the 2016 law, the maternal grandmother got custody of the child in case of the mother’s remarriage; if the former was deceased or unable to care for the child, then the parental grandmother was awarded custody instead.

While it is unlikely that the proposed amendment of khul will be approved in parliament, as it contradicts Sharia, the suggested "reform" would turn back the clock on women's rights.

Parliament is already at loggerheads with Al-Azhar, the country’s highest religious authority on Sunni Islam, over who gets to draft the country's new Personal Status Law. Grand Sheikh of Al-Azha Ahmed el-Tayeb insists that the task be left to religious scholars.

"While Al-Azhar is not a legislative body, when the matter is related to legislation rooted in Sharia, it must be left to the experts [religious clerics] to decide," he told Al-Watan newspaper in January. His statement came in response to objections from several lawmakers to Al-Azhar's drafting of the family law. They protested that drafting laws "is not within the mandate of the religious authority."

Meanwhile, Al-Azhar's Committee of Senior Scholars has been meeting regularly for the past two years to prepare the family law, proposing its own set of amendments to articles related to custody, visitation rights, alimony, bride price and inheritance.

"We have met more than 30 times to draft laws that govern all aspects of family life. Our aim is to come up with a coherent and comprehensive family law that we shall present to parliament and the government for review," Ahmed Omar Hashem, member of the Senior Scholars Committee, was quoted by Al-Watan as saying.

The proposals put forward by the clerics include keeping the legal marriage age unchanged, at 18, and allowing the families of the bride and groom to decide on the bride price, according to their means. The senior scholars also suggested that parents enable their daughters to consent to the marriage "as Islam prohibits forced marriages."

On the surface at least, Al-Azhar's proposed legislation appears to be more women-friendly than the disputed revisions recently offered by Makhalif. It remains to be seen, however, which amendments will be approved by parliament. For now, the rift between parliament and Al-Azhar remains unresolved with both parties sticking to their guns.