One of the most watched Ramadan series renews the debate on verbal divorce and marital rape in Egypt. 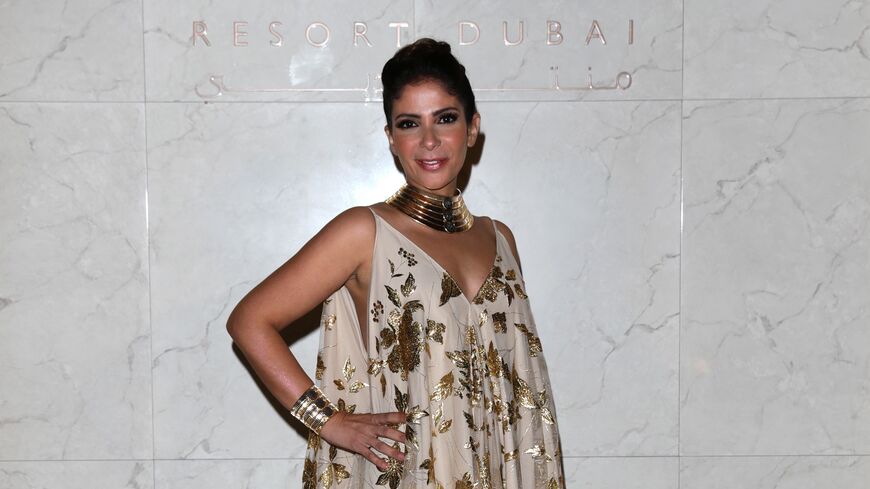 CAIRO — Although the Ramadan 2021 season came to an end May 12, many of the TV series that were shown over that month are still causing controversy among viewers, legal experts and clerics. This particularly was the case with “Newton’s Cradle,” which highlighted thorny issues such as the legality of verbal divorce and marital rape.

The series, directed by Tamer Mohsen and written by Maryam Naoum, dealt with the relationship between Hana (played by actress Mona Zaki) and Hazem (played by actor Mohamed Mamdooh) and the verbal divorce issue.

Hana wanted to marry another man, but she had a hard time proving her divorce from Hazem, who delayed the divorce documentation. Also, through Hana’s relationship with Moaness (played by actor Muhammad Farrag), the series sheds light on marital rape as Moaness tries to rape her.

Tarek Desouki, a member of the Egyptian Film Critics Association, told Al-Monitor that the series tackled many issues, including the troubles of illegal immigration and residence abroad the differences between wrongful killing and self-defense, and the abuse of religion on the part of some religious societies abroad as a means to justify the violation of the laws of the country they reside in. He said media outlets and social networking sites highlighted how the series handled verbal divorce and marital rape, two of the most controversial issues in Egypt.

Egyptian debate on the legitimacy of verbal divorce started in January 2017 when President Abdel Fattah al-Sisi demanded the enactment of legislation stipulating that for a divorce to be valid it has to take place before a marriage officer (an employee or sheikh approved by the Egyptian Ministry of Justice for marriage and divorce affairs). He also called for ending the practice of considering the phrase “You are divorced” as being capable of putting a formal end to a marriage. Sisi said that such legislation would contribute to limiting the number of divorce cases, as the time involved for spouses to complete the procedures in the presence of witnesses and the marriage officer may help them backtrack on their decision to get a divorce.

Sisi mentioned a study (which was not published for the public) conducted by the Central Agency for Public Mobilization and Statistics in 2017, according to which 40% of newlyweds divorce within five years of marriage. Sisi said this is causing the disintegration of families and leading to many negative effects on society and the emerging generations.

Still, the Al-Azhar Council of Senior Scholars issued a statement in February 2017 in which it reiterated its rejection of the legislation proposed by Sisi.

“Verbal divorce has been adopted by Muslims since the time of the Prophet [Muhammad] without the need for witnesses or documentation,” the statement said.

The statement continued, “To address this phenomenon [the spread of divorce] young people should be cared for and protected from drugs of all kinds. This phenomenon shall be addressed through purposeful art, serious education, and correct religious advocacy. It is the legal right of the guardian [the head of state] to enact legislation that imposes a deterrent punishment on whoever refuses to document verbal divorce or chooses to delay its documentation, as that is detrimental to women rights.”

However, some Al-Azhar professors oppose the statement of the Council of Senior Scholars. Saadeddin al-Hilali, a professor of comparative jurisprudence at Al-Azhar University, said in a televised interview earlier this month that divorce is not valid unless it is documented because that guarantees the rights of the two parties.

He said divorce used to be oral in earlier times because that was the convention and not because Sharia explicitly stipulated it. He said many of the conditions of marriage and divorce have been set by jurisprudence throughout the ages. Jurisprudence, he went on to say, expresses the opinion of those pronouncing it but not necessarily Sharia.

Saad Abu Al-Nasr, a personal status lawyer, told Al-Monitor that the series has reopened the debate on verbal divorce, and pointed out that hundreds of people who have failed to prove their divorces are suffering like the series’ heroine and that this prevents individuals from getting married to another person or from obtaining their legitimate rights, such as alimony.

“Some women can’t prove their three-time oral divorce [when a man pronounces talaq, the Arabic word for divorce, three times] in the official records and subsequently they are not able to end the relationship, which would be considered adultery under Islamic Sharia. To end such relationships, these women have to file for divorce, and divorce lawsuits require several years in court. This is not to mention khula lawsuits, where women waive all their post-divorce rights, such as their alimony and dowry,” he added.

He continued, “Although President Sisi’s call to annul verbal divorce can actually contribute to reducing divorce cases, the series sheds light on another important aspect, which is women’s right to prove their divorce. This is why I hope that the matter will be reconsidered, especially since some Islamic doctrines, such as the Ibn Hazm doctrine, require the presence of witnesses as one of the conditions for the divorce to be completed.”

Sherine Rashad, a researcher at the Women's Center for Guidance and Legal Awareness, told Al-Monitor that "Newton’s Cradle" is a victory for women’s rights, as it highlights the issue of marital rape, which she says is legalized violence against women given that it is not punished by the Egyptian Penal Code. She said she hoped the series marks the beginning of a serious debate that will end in the eventual amendment of the Penal Code and that will hold spouses who rape their wives to account.

In a study conducted by the women’s center in 2018, researchers found that 10% of married women in Egypt are subjected to marital rape. Al-Azhar and the Egyptian Dar Al Iftaa have failed to issue fatwas on this issue.

But most Al-Azhar professors and scholars say they believe marital rape violates Islamic shahira. Ahmed Karima, a professor of Comparative Jurisprudence at Al-Azhar University, said in a press statement May 9 that marital rape contradicts the Quran, which states, “Divorce can be pronounced twice: then, either honorable retention or kindly release should follow,” which infers that marriage should be based on understanding and compassion, not coercion.

However, members of the Salafi movement or those who follow the movement’s fanatic fatwas, such as Abdullah Rushdie, a former imam of a mosque and a fanatic activist on social media, disagree.

Rushdie published a lengthy post on Facebook on May 14, which he subsequently deleted due to harsh criticism, criticizing the series and the term “marital rape.” He stressed that husbands have the right to have intercourse with their wives at any time and under any circumstance unless there are physiological impediments or in the event the husbands failed to fulfill their wives’ spending needs. Many Al-Azhar scholars and women’s rights activists criticized his post.

Art and entertainment
Courts and the law
Human rights