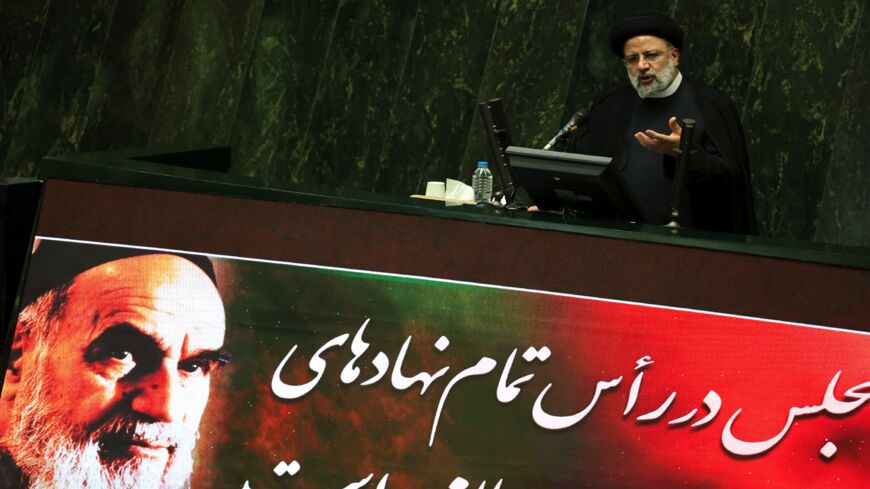 Iranian President Ebrahim Raisi, only one month in office, is giving top priority to regional diplomacy, cheering the Taliban takeover and making the case that the United States, not Iran, is "the main cause of insecurity in the region." Here are five trends we’re watching:

Days after Israeli Prime Minister Naftali Bennett’s much-anticipated meeting with President Joe Biden, the administration confirmed that former US Ambassador to Israel Dan Shapiro would be joining the team of US Special Envoy for Iran Robert Malley.

Ben Caspit writes that his appointment is an encouraging sign for the Israelis. “Shapiro is well known to Israel’s top echelons and enjoys the trust of most Israeli decision-makers. He is a skillful listener and an expert in assuaging Israeli concerns and phobias.”

More on the summit. Israeli negotiator Moty Cristal tells Caspit that “Bennett came prepared and was humble,” noting the significant age gap between 49-year-old Bennett and 78-year-old Biden. Check out the full interview on Ben’s podcast.

The Palestinian Authority’s (PA) popularity is waning in the West Bank, a trend accelerated by President Mahmoud Abbas’ postponement of elections and the security services’ killing of PA critic Nizar Banat. “The PA is not to be envied for the pickle it is in,” Ahmad Melhem writes.

Ramallah won’t get much of a bounce in popular support following Abbas’ recent meeting with Israeli Defense Minister Benny Gantz — even after Gantz announced that a $155 million loan was among several trust-building measures the Israel government was offering the cash-strapped PA. By engaging with the Israelis, Abbas and his team are seen by Palestinian commentators as “indirectly complicit with perpetuating the status quo of a permanent occupation,” Daoud Kuttab explains.

Mazal Mualem has the reaction from Israel, where “inevitably, Bennett was attacked by the right for these concessions,” which included granting the Palestinians 15,000 additional work permits. It has been more than a decade since a high-ranking Israeli official had met the veteran Palestinian leader. Amid the outrage from his base, Bennett’s team has taken pains to stress “there is no diplomatic process with the Palestinians, nor will there be one.”

Saudi Arabia is seeking to reduce both unemployment and its dependence on foreign talent by “Saudizing” its workforce. As part of that push, Crown Prince Mohammed bin Salman has pledged to provide private-sector jobs to more than 250,000 young Saudi citizens each year. “The public sector has been the primary employer of Saudi citizens for decades,” writes Sebastian Castelier. “But a paradigm shift is underway as a result of population growth and the threat of stagnation or gradual decline of oil revenues.”

A wave of Turkish drone strikes on senior Kurdish militia fighters in northeast Syria suggest Ankara is embarking on a new war of attrition, reports Metin Gurcan. Around two dozen People’s Protection Units (YPG) members are dead following strikes last month on their vehicles, meeting places and command centers. In October 2019, Turkey launched a cross-border operation targeting the YPG, which forms the backbone of the US-backed Syrian Democratic Forces (SDF). Ankara labels them both terrorist organizations because of their links to the Kurdistan Workers Party (PKK), which has waged a decadeslong insurgency in Turkey.

Given the current geopolitical landscape, Turkey is unlikely to undertake another large-scale ground operation in Kurdish-held Syria, Gurcan writes. Instead, “Turkey seems to be bracing for a protracted war of attrition to restrict the YPG’s mobility, weaken its command, control and communication capabilities, and demoralize its fighters.”

Officially, only a handful of “sextortion” cases were reported in Egypt this spring. In reality, sexual harassment in the North African country is a far greater problem than government statistics indicate. Online group Qawem says it receives roughly 300 messages per day from women in Egypt who say they have been coerced or threatened with sexually explicit photos and videos. Qawem (Arabic for “Resist”) set up a Facebook page in June to help sextortion victims, which now has nearly half a million followers. A team of female volunteers works around the clock to negotiate with the extorters. After Qawem convinced an extorter to return a young woman's sensitive content, she said she could now “walk in the street with my head high and unafraid.”

Egypt is planning to make the ancient city of Fustat — Africa’s oldest Islamic capital — into an open-air museum. Built in the wake of the 7th-century Islamic conquest of Egypt, Fustat served as the Egyptian capital for 113 years. Hani Sameer reports that the newly announced Fustat project would include a public park that overlooks various archaeological attractions. Visitors will also be able to tour the alleys of the original old city and the remains of four-story houses that ancient travelers considered skyscrapers.

Ruwaida Amer and Sanad Latefa have the story of a Gaza fisherman who says his livelihood is threatened by Israel’s long-running blockade on the Palestinian enclave. After his boat was damaged in the recent Israel-Hamas war, Abu Amira says Israeli border restrictions prevented him from getting the materials he needed to fix it.