Prime Minister Benjamin Netanyahu not only managed to get into a diplomatic row with Jordan, he also succeeded in angering the Emiratis. 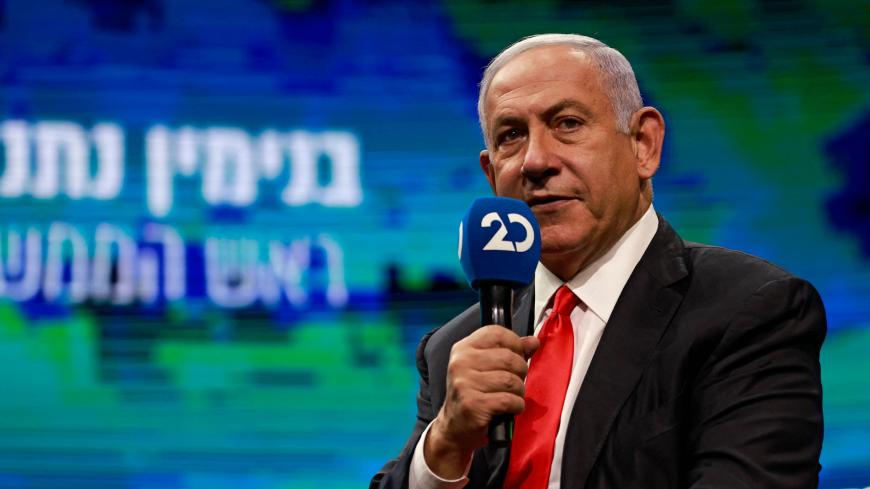 Israeli Prime Minister Benjamin Netanyahu speaks during an interview at a conference organized by Channel 20 in Jerusalem on March 16, 2021, ahead of the March 23 general election. - MENAHEM KAHANA/AFP via Getty Images

The crisis between Israel and its Arab allies — first with Jordan, followed immediately by the United Arab Emirates — encapsulates the story of Prime Minister Benjamin Netanyahu.

He is an impressively gifted statesman capable of making lemons into lemonade who spun the failure of his grand West Bank annexation plans into the highly popular normalization agreements with Arab states. He is driven by a vision and skilled at adapting to the changing circumstances and shifting realities in his turbulent neighborhood.

On the other hand, Netanyahu also often shoots himself in the foot. The real him, whom former US Ambassador to Israel Martin Indyk once described as the version Netanyahu sees sitting on his shoulder when he looks in the mirror, is a reckless, opportunistic populist devoid of inhibitions or shame, a man who would risk everything for a chance at more time in the prime minister’s office.

Things began to unravel on March 11, when Israel incurred the wrath of Jordan’s Crown Prince Hussein who had planned to visit Jerusalem to worship at Al-Aqsa Mosque until there was a clash over security arrangements. The visit was cancelled, the Jordanian entourage drove back to Amman and the prince stayed in the palace. The Jordanians were furious. Netanyahu was scheduled to fly to the UAE the following morning for a lightning visit before returning to Israel to host two visiting European prime ministers.

After the Emiratis politely turned down a request from national security adviser Meir Ben-Shabbat to arrange such a visit, saying it would be inappropriate so close to the elections, Netanyahu brought out the big gun: Mossad chief Yossi Cohen. The Emiratis reluctantly agreed to receive Netanyahu for a brief meeting at the Abu Dhabi airport with Crown Prince Mohammed bin Zayed. There would be no official reception, no fanfare, palace or honor guard for a somewhat humiliating first official visit. But Netanyahu seems impervious to humiliation. He knows that a photo of himself embracing bin Zayed would do the job with his political base. His loyal fans would not care if the meeting were held at a palace or on the moon.

The Jordanians, however, refused to play along. An Emirati jet that was sent to pick up Netanyahu made a stop in Amman on its way to Israel. What happened next is still unclear. Some sources say the problem was that the Jordanians refused to allow the plane to take off. Others say that a helicopter that would supposed to fetch Netanyahu from Jerusalem to Amman was denied permission to do so. Either way, the meeting was aborted.

A furious Netanyahu openly blamed Jordan for the mishap and ordered authorities to close off Israel’s airspace to flights to and from the Hashemite Kingdom. The illogical, disproportionate move would have been a flagrant violation of the historic 1994 peace agreement that is significant to Israel’s national security. Fortunately, Netanyahu rescinded the order two hours later.

The Emirates, however, are still seething. Netanyahu continued to exert tremendous pressure on bin Zayed and his associates to reschedule the visit prior to the elections. At the same time, in a blitz of interviews with the Israeli press during the final week of the election campaign, Netanyahu boasted of his wondrous relationship with the Emirati ruler and even recounted how bin Zayed had pledged to invest $10 billion in the Israeli economy. “This would never have happened had I not been prime minister of Israel,” he crowed on Army Radio, bragging to supporters that the crown prince informed him that he had only decided on it because he believes in Netanyahu’s economic policy.

The Emiratis realized, a bit too late, how they had been manipulated for Netanyahu’s reelection campaign. Emirati Minister of Industry and Advanced Technology Sultan al-Jaber was quick to deny that any decisions had been made on a potential $10 billion investment, saying a proposal was being examined and a decision would be made based on economic viability and not on relationships with any politicians. His statement was followed by other official and unofficial announcements by named and unnamed sources that turned into a full-blown public hazing.

The Emiratis threw him under his own campaign bus and suspended the summit they were scheduled to host next month at which Israel and Sudan were to sign an agreement normalizing their relations. Israel has been preparing for weeks for the summit, which the new US Secretary of State Anthony Blinken was also supposed to attend. The parties involved will have to start preparations all over again.

Anyone who knows Netanyahu knows he is taking all these developments in stride as he fights for his political life (and personal freedom, as he stands trial on charges of corruption) and ignores anything he perceives as background noise. He must be telling himself that rather than spitting in his face, the Emiratis are sending bountiful rain his way. As usual, he blames everything on the media and the political left and gets on with his agenda.

On March 18, a senior Emirati official told CNN, “The UAE signed the [Abraham Accords] for the hope and opportunities they provide our people, not individual leaders. Personalizing and politicizing the accords in this way demeans the historic achievement. The UAE will not go down that road.”

In diplomatic terms, those were fighting words. “Mohammed bin Zayed was suspicious of Netanyahu from the get-go,” a senior Israeli source who took part in contacts with the UAE over the past decade told Al-Monitor on condition of anonymity. “He did not like Netanyahu’s style but he accepted it. But once he felt he was being sucked into Israel’s political turmoil, he put a stop to it. There are no elections in the Emirates; it’s a kingdom. There is no reason for bin Zayed to be dragged into elections against his will.”

According to two senior sources familiar with the crisis, top Emirati officials had been involved in Jordan stopping the plane that was supposed to bring Netanyahu to Abu Dhabi. “Such a move disrupting Netanyahu’s flight to the Emirates could not have happened without coordination between Amman and Abu Dhabi,” a senior Israeli diplomatic source told Al-Monitor on condition of anonymity. “The palace in Amman would not do such a thing without at least notifying the palace in the Gulf.” If the source is right, the incident points to an emerging axis of disillusioned Netanyahu fans across the Jordan River and all the way to the Persian Gulf.

Netanyahu seems not to care. He wanted a photo of himself embracing bin Zayed prior to the elections, but his efforts did not pan out. He is back on the stump, his campaign schedule energized and brimming with events. He could win the 61-seat Knesset majority he needs to be reelected and complete his personal takeover of the State of Israel. And the Emirates? He will deal with them later.