Did Jordan generate a crisis, or was it Israel's fault?

It is unclear whether the diplomatic crisis is only the result of poor Israeli judgment, or Jordan actually generating it. 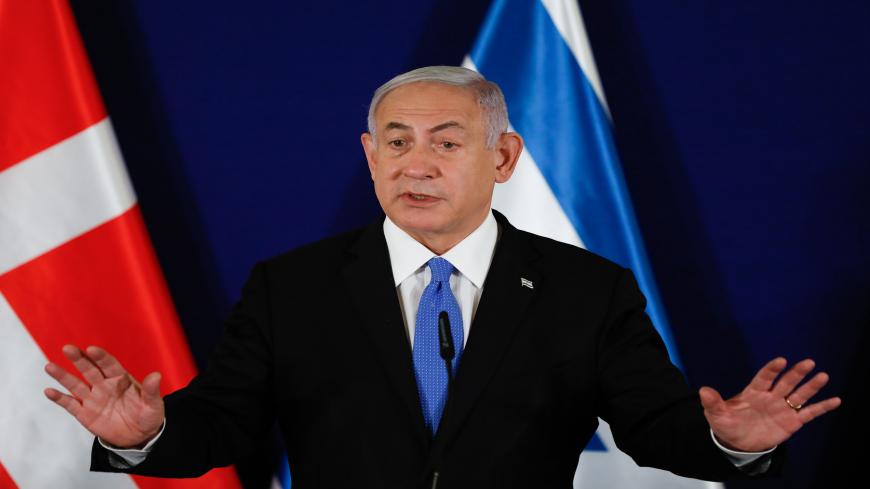 March 11 was supposed to mark a major diplomatic victory for Prime Minister Benjamin Netanyahu less than two weeks before crucial March 23 elections. The morning hours were set aside for a two-hour visit to the United Arab Emirates (UAE) from which he was to return with a historic photo alongside Emirati Crown Prince Sheikh Mohammed bin Zayed Al Nahyan. Back in Israel, a meeting awaited him in the afternoon with Prime Ministers Viktor Orban of Hungary and Andrej Babis of the Czech Republic, exactly a week after he hosted a brief visit by the prime ministers of Denmark and Austria. Netanyahu’s high stakes diplomacy was meant to reflect his election slogan — politicians are a dime a dozen, but there is only one Netanyahu. He is in a class of his own.

His plans, however, went awry. Worse yet, the hitch shone a harsh spotlight on the ongoing deep tensions between Israel and Jordan, embarrassing Netanyahu at particularly bad timing. On the morning of March 11, a sleek executive jet sent by the UAE was parked at Ben Gurion Airport waiting to pick up Netanyahu and his entourage and fly them to Abu Dhabi — but Jordan refused to approve the flight path over its territory. The Saudis rejected requests to allow the plane to overfly their territory, and Netanyahu eventually decided to postpone his trip, calling the crown prince to apologize.

The trigger for this embarrassing incident occurred the day before over a planned visit by Jordan’s Crown Prince Hussein to attend a special prayer at Haram al-Sharif in Jerusalem, Islam’s third-holiest site also venerated by the Jews at the site of their ancient Temple. Jordan notified Israel of the visit just two days earlier, citing the spontaneous nature of the prince’s decision. Either way, when the delegation of dozens of Jordanians — many of them bodyguards — arrived by bus from Jordan, deep disagreement arose between his security detail and Israel’s Shin Bet agency tasked with protecting the event.

The Jordanians waited around, hoping for a quick resolution of the problem. When that did not happen, they turned around and drove back to Amman, where the Royal Palace issued a furious statement. This, in turn, set the stage for a series of Jordanian officials to explain the extent to which bilateral relations had deteriorated in recent years and the finality of the boycott the palace has imposed on any contact with Netanyahu. “Neither the king nor any other senior figure have returned Netanyahu’s phone calls for ages,” a source associated with the palace in Amman told Al-Monitor on condition of anonymity.

While relations between King Abdullah and Netanyahu are chilly at best, Jordanian relations with Netanyahu’s political rivals — Defense Minister Benny Gantz and Foreign Minister Gabi Ashkenazi — apparently remain cordial. “Gantz is the only one who speaks with the king from time to time,” the source in Amman conceded. What is more, the defense agencies on both sides maintain close coordination and cooperation, irrespective of the diplomatic and political tensions.

When Jordan eventually gave in to Israeli pressure and approved the Netanyahu overflight to the UAE, it was already too late. Meanwhile, Israeli officials criticized the Shin Bet for its inflexible handling of the crown prince’s visit to Jerusalem, and failure to smooth over the spat and avoid embarrassing Hussein. The security agency rejected the claims.

A security source familiar with the incident told Al-Monitor on condition of anonymity that preparation time was short. “News of his plans only came a day or two before. Everything was coordinated between his delegation and Israeli security officials; everything was agreed beforehand. Unfortunately, when they arrived, it turned out they were not adhering to the understandings we had reached. Israel tried to accommodate them to the extent possible and tailor the best protective response, but let us not forget that we are talking about the most explosive spot in the world that could go up in flames at any moment and set the Middle East on fire.”

The Jordanians apparently wanted to surround the prince with many heavily armed guards, while the Israelis feared such a display would spark tensions. The Jordanians also refused a beefed-up Shin Bet security presence, claiming it would violate the monarchy’s sovereignty and that Israel has no sovereignty over the mosques at the contested site.

A former Shin Bet official told Al-Monitor on condition of anonymity, “This was a particularly complex situation, with a royal personage entering a place full of people who have not undergone a security check and when anyone wishing to throw something at him could set off another intifada, as was the case after [late Prime Minister] Ariel Sharon’s visit to the Temple Mount in  2000.” That visit to the site triggered violent protests that culminated in the second Palestinian uprising against Israel that lasted five years.

A senior Israeli diplomatic source, also speaking on condition of anonymity, offered an additional explanation for the Jordanian actions. “They [the Jordanians] have long been frustrated by Netanyahu’s policy, by the relatively cold shoulder he has turned to the king compared with efforts he has invested in the Gulf states,” the source said.

The senior diplomatic source pointed to other incidents that had soured bilateral relations, such as Netanyahu’s warm welcome of a security guard who had shot to death a Jordanian man at the Israeli Embassy in Amman in 2017, and Israel’s decision the same year to place metal detectors through which worshippers would have to pass at the entrance to the Haram al-Sharif mosques. “I do not rule out that the entire [March 10] incident was a trap designed to provoke an explosion,” the source said.

A former senior security source suggested viewing the incident in a broader context of the 26-year-old prince’s growing popularity as he reaches his prime and increasingly assumes leadership roles. “The fact that the request for the visit arrived only two days before and just one day after he gave interviews in the Jordanian media and declared that 'Jerusalem is a red line as far as the Hashemite Kingdom is concerned' proves that the entire affair was planned and the prince wanted an incident. He even waited in Jordan to get the green light from his security people and did not himself cross over into Israel. They may have been looking for an explosion in order to boost popularity at home,” said the security source, who spoke on condition of anonymity.

A diplomatic explosion is the last thing Netanyahu needs as he fights for his political future ahead of the March 23 elections. He had invested tremendous efforts in arranging the Abu Dhabi photo-op. After national security adviser Meir Ben-Shabbat failed to convince the Emiratis to host Netanyahu shortly before the Israeli elections, Netanyahu turned to Mossad Director Yossi Cohen and asked him to use all his charm to persuade the crown prince. The compromise was embarrassing but Netanyahu decided to bite the bullet: Rather than being hosted with full honors at the Royal Palace, he would meet the crown prince at the airport and head back to Israel right afterward. Now all he can do is rue the meeting that never was.