Desperate to achieve a photo-op in Abu Dhabi before the March 23 elections, Prime Minister Benjamin Netanyahu blows off against Jordan when delaying his Emirati trip. 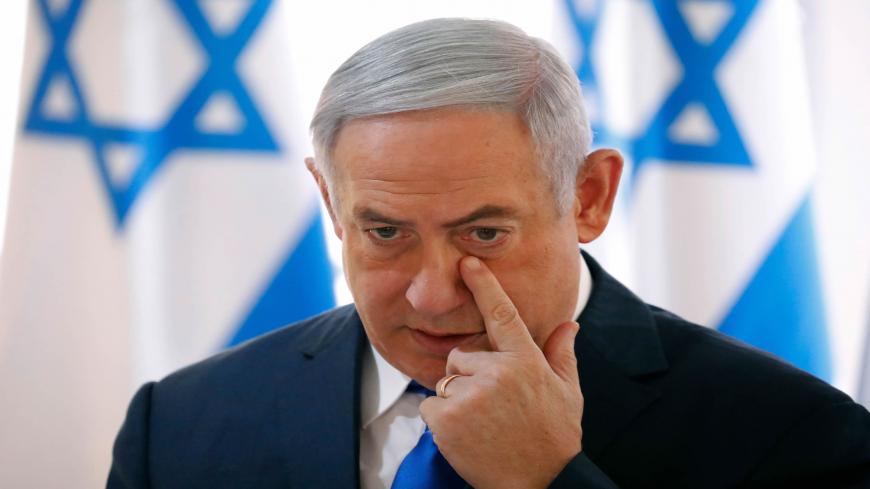 The crisis between Israel and Jordan described here last week is deeper and far more severe than was previously known, as indicated by information that continues to leak out of Jerusalem and Amman in recent days. According to senior diplomatic sources in Jerusalem, Prime Minister Benjamin Netanyahu and Jordan’s King Abdullah have only spoken once or twice since they met in June 2018.

Israel no longer tries to conceal the dispute among top decision- and policymakers regarding relations with Jordan. At issue is the question of whether Israel should continue to support the rule of the vulnerable Hashemite monarchy or let it fall and strive for the kingdom to be replaced by a Palestinian state that would annex the demilitarized autonomy in the West Bank currently controlled by the Palestinian Authority (PA). The very fact that Israel is even considering such an idea is being perceived in Amman as a flagrant crossing of a red line, a scenario considered unimaginable until recently, which is barely causing a ripple in the current strained relations.

The intensity of the crisis was revealed in the morning hours of March 11, when Netanyahu apparently instructed Israel’s Civil Aviation Authority and the Israel Airports Authority to close off Israeli air space to commercial flights to and from Jordan. The order stunned senior officials of both these administrations. It had not been preceded by a discussion in the government or the security Cabinet; Defense Minister Benny Gantz and Foreign Minister Gabi Ashkenazi had not been informed and knew nothing about it; the Mossad had not been consulted, either, nor the Shin Bet security agency or the Israel Defense Forces (IDF).

Having been thwarted in his plan to fly to the United Arab Emirates (UAE) for a lightning photo-op with its crown prince, Netanyahu drew the doomsday weapon in cavalier fashion and ordered what amounts to a flagrant violation of the historic 1994 peace agreement with Jordan.

Netanyahu’s action was prompted by anger at realizing he would be unable to fly to the UAE for a two-hour election campaign airport meeting with Crown Prince Mohammed bin Zayed Al Nahyan. Contrary to reports that emerged that day, it now transpires that the Jordanians did not ban Netanyahu’s plane from traversing their air space en route to Abu Dhabi. They adopted instead a cleverer ruse: simply delaying the takeoff of the executive jet that had been sent by the UAE to pick up Netanyahu and his entourage. The plane had landed in Amman and was awaiting permission to fly to Israel’s Ben-Gurion International Airport to pick up its passengers. The aircraft crew reported being held up by technical difficulties, but at some point Netanyahu realized the problems were political and diplomatic rather than technical, and retaliated with the order to shut down Israel’s air space to its neighbor.

Fortunately, two hours after his order was passed down to the Civil Aviation Authority, word came from the prime minister’s office rescinding it. The top brass of the Civil Aviation and Airports Authority spent the two intervening hours dragging their feet. They asked for the order in writing, which they got. They then asked for clarifications, which they also received, by which time Netanyahu had come to his senses. The question is whether next time he will also come to his senses in time.

Closure of the air space between Jerusalem and Amman would have severe and far-reaching implications. It would violate international aviation treaties, flagrantly and substantively violate the peace treaty that provides for free air passage over each state, get Israel in trouble with the various international airlines that ply that route, and more.

A senior Israeli security official told Al-Monitor on condition of anonymity that Netanyahu's move “caused tremendous damage to relations with Jordan” on top of the almost complete disruption of ties between the king and the prime minister. The only senior Israelis who speak with the monarch occasionally are Defense Minister Benny Gantz (Netanyahu’s political rival) and Mossad Chief Yossi Cohen. The tight security coordination between the two sides continues unabated, but is not guaranteed forever. “At this rate, the security cooperation is also under threat,” the security source explained.

Netanyahu of 2021 is a completely different man than the veteran, cautious leader who has steered away from adventures and risks over his 12 years in office and is well versed in the rules of the game. These days, he is toying with the peace with Jordan, one of Israel’s most important strategic assets, like an infant playing with a rag doll. He is devoting most of his energies to relations with second- and third-tier states in the Gulf, where the big money is, while ignoring the most sensitive interests of Israel’s national security.

Netanyahu is apparently willing to pawn the pillars of Israel’s national security posture in order to arrange a campaign trip for himself ahead of the March 23 elections to Abu Dhabi airport. Even as of this writing, Netanyahu is trying frantically to convince the UAE to allow him to fly to Abu Dhabi later this week, on March 18, “even for a half hour” meeting at the airport with the crown prince. He is willing to sacrifice everything and everyone, including King Abdullah, for the sake of his reelection. On March 16, Netanyahu’s people leaked information according to which they were preparing an alternative flight path circumventing Jordan should it try once again to thwart his flight to the UAE.

The Jordanians understand what Netanyahu is doing. They have long been monitoring anxiously the deterioration in relations with Israel and are very concerned about possibly losing Netanyahu as a cautious and stable strategic ally. Abdullah lacks significant leverage over Netanyahu. If he expects the Americans to bail him out, he could be waiting for a long time. All that is left to do is to pray that Israel somehow extricates itself as soon as possible from the deep political crisis that has been paralyzing the country for over two years. As things stand right now, such a scenario is unlikely.