The Takeaway: Will US presidential election impact Israeli decision on annexation?

Five takes on the UAE Deal: Israel as ‘belle of the ball’; a ‘nonsense’ deal; a business windfall; Egypt’s missed opportunities. 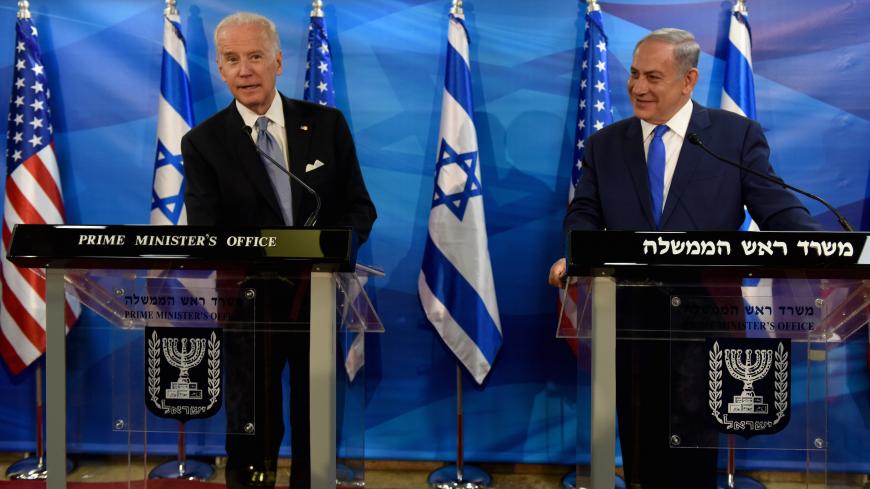 Israel’s retreat from annexing West Bank settlements as an apparent condition of its establishment of diplomatic ties with the United Arab Emirates (UAE) keeps the focus on US President Donald Trump as the ultimate guarantor of the agreement.

With last week’s deal with the UAE, annexation seems dead and buried, but Israeli Prime Minister Benjamin Netanyahu has hinted he hasn’t permanently ruled it out. It was, after all, his ‘legacy’ issue, and the US, UAE, Israel statement speaks only of Israel ‘suspending’ its annexation decision.

Bibi of course had reason to hope that Trump might have considered giving him the okay if Trump felt it might help him in the US presidential contest with Joe Biden in November.

Now the question is whether the UAE will formally condition the bilateral deal on Israel’s commitment to hold off on annexation or continue to rely on the US guarantee to prevent annexation, whatever the outcome of the November election.

US withholds consent ‘for some time.’

Israeli Prime Minister Benjamin Netanyahu apparently has not given up the dream of sovereignty over the West Bank, at least to continue to rally the hard-liners in his coalition.

But he may have found a new legacy issue in normalization with the UAE.

For Abu Dhabi Crown Prince Mohammed bin Zayed, known as ‘MBZ,’ the architect of the deal for the Emirates, the benefits of normalization with Israel both include and depend upon an indefinite suspension of annexation.

In a podcast interview with Al-Monitor, UAE Ambassador to the United States Yousef Al-Otaiba warned of an “even more unstable region’ if Israel annexed settlements in the West Bank.

The UAE trusts the Trump administration to hold the line on annexation, and this week the White House was reassuring.

White House adviser Jared Kushner said, “Israel has agreed with us that they will not move forward [with annexation] without our consent,” adding,“We do not plan to give our consent for some time.”

Who’s Next?  Both Netanyahu and MBZ want to sign up at least one more Arab country as soon as possible so that the UAE move is seen as a trend and not an outlier. There are reports that Sudan, Bahrain and Oman are in consultations with Israel about normalizing relations.

Our take:  The US presidential election is less than 10 weeks away. If Trump loses, Bibi might see his best, last chance to go for annexation or some version of it before Biden takes office in January 2021. If Trump wins, Bibi may feel he can afford to take more time to revisit the decision in some form if he sees a political need or opportunity to do so. In the meantime, getting another Arab country on board for normalization would be a boost for Jerusalem and Abu Dhabi and help forestall a Bibi rethink.

Read more:  Check out Dalia Dassa Kaye’s take on the Israel-UAE deal and the Week in Review for additional context.

Caspit: Is Israel now 'Belle of the ball'?

Shattered and Buried:  The UAE-Israel peace deal brokered by the United States last week has “shattered and buried” the long-standing paradigm, enshrined in the 2002 Arab initiative, that any normalization with Israel would need to be preceded by significant progress toward a two-state solution to the Israeli-Palestinian conflict, Ben Caspit reports.

Belle of the Ball:  “Not only is the Arab world not condemning the move, many countries are praising it,” Caspit continues. “As for Israel, not only is it no longer being boycotted and punished as the neighborhood bully, it is now the belle of the ball.”

Prestigious Guest:  Mossad Chief Yossi Cohen showed up in the Emirates this week not under cover, but as a “prestigious guest.” Israeli President Reuven Rivlin has invited MBZ to Jerusalem.

Read more:  You can read Caspit’s take here on how the exposure of the clandestine Israel-UAE courtship has reached maturity.

Palestinian President Mahmoud Abbas met with Palestinian factions, including the Islamic Resistance Movement (Hamas), in opposition to the UAE-Israel agreement.

Nonsense:  You might think that the UAE would get some credit for stalling annexation, but that’s not how the deal is being received in the West Bank, in Gaza and elsewhere in the Arab world.

Abbas referred to the deal as ‘nonsense’ and has called for meetings of the League of Arab States and the Organization of Islamic Countries.

Unlike Israel, the Palestinian leader is holding out to the previous Arab consensus of the Arab Peace Initiative, as Daoud Kuttab reports.

King Salman of Saudi Arabia, a longtime supporter of the Palestinians, has been quiet on the UAE deal, but his son, Crown Prince Mohammed bin Salman, is more open to engagement.  The Saudi response so far has been cautiously positive.

Our take:  In the end, Abbas’ efforts to forge a unified Arab position against the deal are both unlikely to succeed and possibly unsatisfactory from a Palestinian perspective. The UAE has good ties with Egypt, which has its own peace agreement with Israel and has welcomed the UAE deal (more below). Jordan is in the same situation. Both are unlikely to back Abbas in Arab forums. Saudi Arabia won’t challenge the deal but will play it down the middle, as the architect of the Arab Peace Initiative. Bahrain and Oman have had their own contacts with Israel in recent years. Israel had trade or liaison offices in Oman and Qatar in the 1990s that were closed during the second Palestinian intifada.

Israeli business leaders are enthusiastic about the prospects for business across a range of sectors, including security. There are already 300 Israeli companies operating in the UAE, most of them through subsidiaries. With normalization, there is the prospect of more companies, including medium-sized enterprises, not only taking advantage of collaboration with Emirati counterparts, but through these joint ventures, entry into Gulf markets.

Practical solutions.  “Israel has practical solutions for most of the UAE’s most basic, existential needs, including water, desert agriculture, solar energy, advanced food manufacturing and, of course, several aspect of defense, from advanced weapons systems to cybersecurity,” writes Danny Zaken.

Read more:  Danny Zaken has the take here on how Israeli business views the opportunities for collaboration with the UAE, and see our report here on how Israel is still opposed to the sale of F-35 aircraft to the UAE.

Missed opportunities:  While some critics picked up the line that the deal was a betrayal of the Palestinians, others lamented the isolation that Egypt endured when it was the first Arab country to make peace with Israel in 1979. Egypt’s return to the Arab fold occurred 10 years later as a result of President Hosni Mubarak’s alignment with Iraq during the Iran-Iraq War. Israel-Egypt ties have been characterized by a “cold peace,” although security ties have remained strong.

Read more:  Shahira Amin has the take from Cairo on the deal, including former Arab League Secretary General Amr Moussa’s remark that the Israeli commitment to not go ahead with annexation must be part of the bilateral agreement, not dependent on the United States.

In Case You Missed It: Al-Monitor Podcasts give context on Israel-UAE deal

UAE Ambassador to the United States Yousef Al-Otaiba spoke with me about his concerns about annexation and Israeli-Palestinian issues for the “On the Middle East” podcast here.