Some Israeli Bedouin men continue to practice polygamy, in part to milk state benefits, but some worry the practice is creating a security threat. 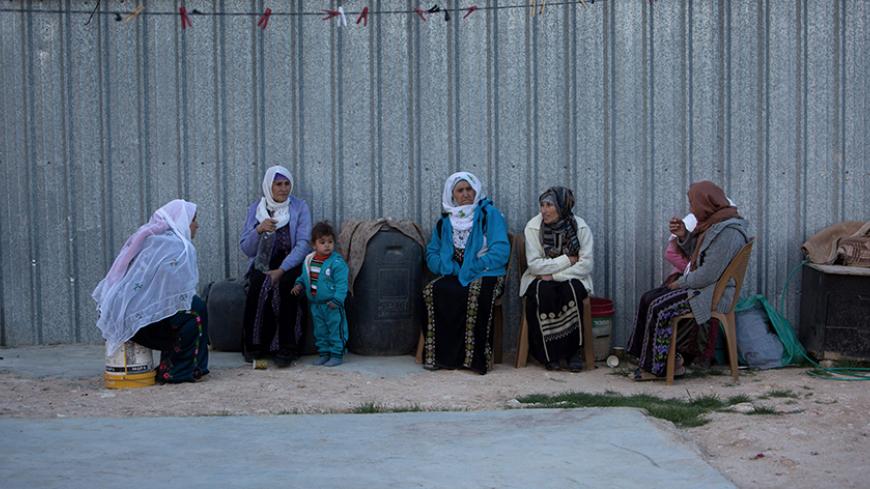 It is rare to see Justice Minister Ayelet Shaked smiling, let alone laughing out loud. However, Sheikh Ibrahim A-Touri, the leader of the Bedouin community in the Negev, caused the minister to burst into spontaneous, hearty laughter when she visited Bedouin towns and villages in March and spoke about an initiative she was promoting to curb polygamy. What made Shaked laugh? The honorable sheikh's explanation on the logic, as he saw it, behind a polygamous lifestyle: “You’re a beautiful woman, a real dish, but one can’t keep eating the same dish all the time, even if it’s superb. … The difference between myself and your husband,” the sheikh went on, “is that when he wants a different dish, he has to sneak off to some hotel room, whereas I go openly and proudly to the home of my second or third wife. So, honorable lady minister, which of us has more respect for women?”

The immense cultural-social gap epitomized in this exchange reflects a small measure of the difficulties entailed in dealing with polygamy in the Israeli Bedouin community. Yet Israel’s government is the one encouraging this phenomenon, even as it issues declarations condemning it. Shaked is the standard-bearer for this cause. Two years ago, along with then-Attorney General Yehuda Weinstein, she announced measures against polygamous marriage, but not much happened. In January, she presented a new plan and even got the government to adopt a resolution on the matter, but still, nothing changed.

At the end of March, the Beersheba family court rejected the petition of a 54-year-old Bedouin man seeking recognition of three of his children for child benefits. At the hearings, it was revealed that the man has 56 children from seven women, three of them Palestinian.

The judge in the case, Alon Gabizon, wrote that Bedouin men prefer Palestinian women because of the lower dowries they have to pay for them and the women’s total dependence on them since the women's families are not in Israel. He compared it to human trafficking and pointed to the absurdity of the state’s support for polygamist families. “The state itself enables the polygamous man to marry another woman, bring more children into the world and perpetuate poverty,” he wrote.

Such marriages are widespread. According to the Knesset’s research center, 30% of Bedouin families in southern Israel, where much of the Bedouin community is situated, are polygamous. The men typically have four wives. The first wife is usually a Bedouin, from the man’s tribe and of the same social standing. In the past, the other wives were also Israeli Bedouins, but with the shortage of local women, the “demand” for Palestinian brides has grown. In the previous decade, most of the Palestinian wives came from the Gaza Strip, especially from the impoverished refugee camps there, but in recent years they mostly hail from the West Bank town of Hebron and a few come from Jordan.

Israeli law bans having multiple wives, but the number of such cases clearly indicates a total lack of enforcement. Justice Ministry data obtained by Al-Monitor shows that in recent years, police have investigated 5-10 cases annually, but none have led to indictments.

One way to circumvent the law is through fictitious divorce, or “little divorces” as Bedouins call them. For a man to get a Muslim religious court to recognize his divorce, all he has to do is testify and pronounce his wife “divorced” once, although Islam requires men to declare “divorced” three times. Data reaching Al-Monitor show that the Sharia court in Beersheba has heard 2,200 such petitions in recent years, compared to several hundred in all of Israel’s other Muslim courts. The data further indicate that the judges of the Beersheba court had approved 1,600 requests for a second marriage, compared with 160 in all other Sharia courts in Israel. Various declarations about fighting this phenomenon do not seem to have made a dent in the numbers.

Financially, it is a good deal — for the men. The women are usually destined to a life of poverty. Every “divorced” woman is entitled to alimony, income support and child allowances from the National Security Institute. Thousands of shekels a month thus pass into the hands of the patriarchs.

In terms of land, the situation is also profitable. The Begin-Prawer Plan to relocate dispersed Bedouins (often living in “unrecognized” villages) to organized communities collapsed in 2013. Subsequently, the state has been giving families land rights in officially recognized towns to move them from the government lands on which many currently live without permission. The state recognizes marriages and divorces as reported by the Muslim courts. “Divorced” women are entitled to plots of land for their single-parent family. Thus, for every wife a man has, he gets a dunam (0.25 acre) of land on average. Youssef, a resident of an unrecognized village, told Al-Monitor that he is looking for a fourth wife so he can get another plot and bring his holdings to four dunams (1 acre).

Polygamy has security aspects as well. A senior defense official described them to Al-Monitor as a “ticking cluster bomb.” According to the official, who spoke on condition of anonymity, many of the Palestinian women from the Hebron hills who marry Israeli Bedouins come from Hamas-affiliated families. The more their number grows, the more their religious and nationalistic influence on the community grows.

On Oct. 12, 2015, a resident of Hura, a Bedouin town, walked into the central bus station in Beersheba and killed Omri Levy, an Israeli soldier. He then grabbed Levy's weapon and fired in all directions, wounding 10 people. The assailant, Mohannad Khalil Salam al-Okbi, is the son of a Palestinian woman from Gaza, the second wife of a Hura resident. During the investigation, it transpired that Okbi had been in close touch with Hamas in Gaza. The senior official added that security forces have identified dozens of instances of growing ties between the sons of Palestinian women married to Bedouins and members of Hamas and Islamic Jihad in the Hebron region.

Israeli security officials usually warn the heads of Bedouin clans against permitting such ties, trying to distance these young males from those organizations. When that fails, the police and Shin Bet intervene, and if necessary detain the young men. According to the senior official, the growing number of Palestinian wives combined with the poverty in which they are mired, and the degrading attitude toward them in the Bedouin communities they live in, makes fertile ground for radicalization.

The Islamic State (IS) also appears to be involved. Two years ago, Shin Bet arrested teachers from Hura suspected of disseminating material in support of the group. A year earlier, a young Bedouin man, Othman Abu al-Kiyan, was reported to have been killed fighting in Syria with IS. Although many young Bedouin men perform exceptional service in the Israeli army’s combat and desert tracker units, the Israeli official said, Palestinian nationalist and Islamist activities are growing in their communities. He believes that the 2015 Beersheba attack will not be the last by a Bedouin.

In the coming days, the government will present an action plan for combatting Bedouin polygamy. One can assume even now, however, that without withholding economic benefits and absent enforcement of the law, the measures are unlikely to bear fruit.