How Iranian women are using Sharia to their benefit

Given the important role that religion plays in Iran, Iranian women are working within the system to gain rights and achieve equality. 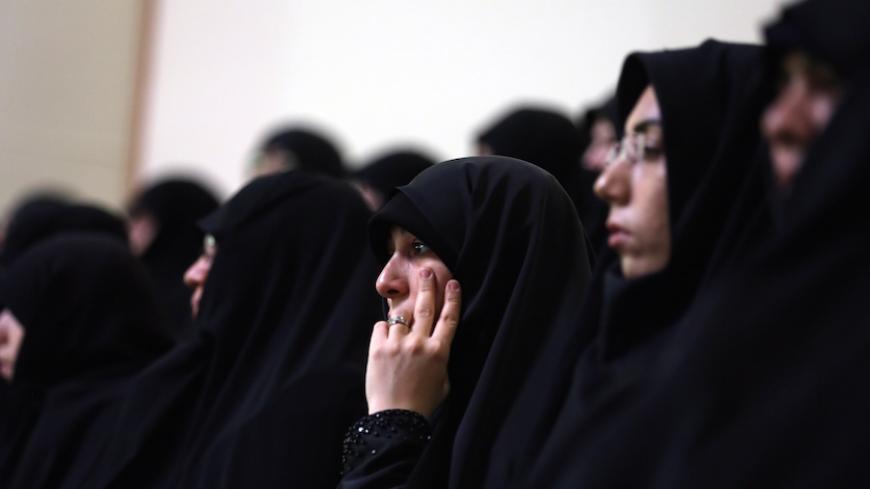 Iranian women suffered legal discrimination both before and after the 1979 Islamic Revolution. The main justification for discriminatory laws against women is that they are based on Sharia, and therefore cannot and should not be challenged. For decades, Iranian women have struggled to prove that Sharia does not discriminate against women per se. They challenge the discriminatory rules, arguing that the patriarchal norms and traditions inserted into Islamic law deprive women of equal rights.

For these women, the problem of inequality lies in tradition and the internal contradiction between the ideals of Sharia and the norms of Muslim societies. They stress that the religious edicts harming women’s rights are limited reading of flexible Islamic legal thought. The tactic of involving Reformist scholars to provide alternative interpretations of Sharia has been effective to a large extent in raising public awareness of the origin of these discriminatory laws.

However, there is an important question that arises here: Should women in the Muslim world rely on Islam to bring about changes in the current legal status of women? The majority of Iran’s population is Muslim, at over 90%. The demographic reality makes it essential to use religious discourse to tackle the gendered nature of Iranian laws. For example, the Quran provides for "mutual divorce," balancing the rights of spouses in the case of divorce. This teaching should be used in addressing unequal treatment of men and women in divorce cases.

In 2008, I defended a case in which my client filed for divorce on the basis that she hated her husband, and this placed her in an undesirable situation that was very harmful for her as well as for the family. In court, in addition to the civil code, I discussed the ruling of "denial of harm," which is acceptable to Islam as a way to prevent hardship. I also referred to the Quran, which allows for "mutual divorce," and discussed the opinions of some Islamic jurists, such as Shaheed Sani, Mirzaye Qomi and Yousef Sanei, to ask the judge to implement the civil code in line with the Quran and grant my client a divorce. Fortunately, after some prolonged court sessions, the judge granted the divorce on the basis that the continuation of marriage would be harmful to my client. Although many similar cases are quickly rejected by family court judges on the basis that there is insufficient evidence to grant a divorce, this precedent should be used in addressing unequal treatment of men and women in divorce cases.

Islam introduced the right of women to receive a fixed share of inheritance at a time when no such system was in place, bringing about a massive change in Arab societies. While Iran is a society with rapidly changing norms in relation to women’s social status — literacy and primary school enrollment rates for women and girls are estimated at more than 99% and 100%, respectively, and gender disparity in secondary and tertiary education is reportedly almost nonexistent — discourse with respect to women’s rights has its place in Islam. It is a discourse that challenges hard-line Muslims who oppose women’s rights on the grounds that they are not Islamic, and also speaks to a government and legal system that claims it is based on Islamic law. But Islamic discourse is important for the average person who wants to marry his or her religious beliefs with a belief in human rights, equality and dignity. These people are empowered to stand behind their human rights principles, without abandoning their religious beliefs. So to build a broad movement and unite like-minded people, it is important to be able to argue that Islam and human rights are not mutually exclusive and that Islam supports human rights.

This is not a fringe discourse. Many religious leaders and grand ayatollahs have issued fatwas that seek to reform the current discriminatory laws. Ayatollah Mousavi Tabrizi, general secretary of the Organization of Researchers and Scholars of Qom Seminary, has said that laws that are discriminatory against women could be reformed. In 2007, he said, “We have many laws that address the status of women or even that of men that have to be reformed in accordance to current needs in order to come in line with and meet the needs of citizens. Concerning women, laws such as [fines for physical harm], inheritance, child custody, divorce … can in fact be changed, and these reforms and changes are in no way in contradiction to Sharia.” In January 2008, Grand Ayatollah Mazaheri, a renowned religious scholar based in Esfahan, issued a fatwa to legitimize abortion for women who became pregnant out of wedlock. In February 2008, Sanei issued a fatwa proclaiming women should inherent land from their deceased husbands. The fatwa was issued in response to the question: “If a man passes away and his only heir is his wife, how much of his assets should be given to his wife?” Sanei responded that when a man with no heirs besides his wife passes away, his wife becomes the sole heir of his assets. This is explicitly derived from the Quran, which states: From what is left by parents and those related the closest, there is a share for men and a share for women, whether the property be small or large — a determinate share.

Garnering the support of these high-profile clerics was an important achievement for Iranian women’s rights activists, one that enabled them to respond to the government’s claim that their activities were "un-Islamic." Some Islamic scholars have expressly stated that the demands of Iran’s women’s movement do not contravene Islamic principles at all and that the old laws should be changed in light of the current situation of women. Ayatollah Fazel Meybodi, a member of the Central Council of the Organization of Researchers and Scholars of Qom Seminary, said in 2007, “The principles related to civil and criminal codes can be reformed … as well as the principles related to traditional jurisprudence.” He added, “If 13 centuries ago polygamy was customary or the marriage of girls at nine years old was recommended, in this day and age, given the principles of justice and current social conditions, we have to acknowledge that these practices are no longer acceptable.”

These religious decrees have put pressure on the political system to change. In 2009, for example, the Iran parliament finally approved a law that allowed women to inherit land holdings from their deceased husbands.

Women’s rights advocate and Nobel Peace Prize winner Shirin Ebadi said in an 2004 interview, “Islam does not cause the problems of Iranian women; rather, they are due to patriarchal practices that are rooted in Iranian culture and transferred from one generation to another.” She suggested that women themselves have played an essential role in keeping patriarchal practices alive.

Despite these small victories, women’s rights is an issue that cannot be easily or quickly changed even within the legal and political system of the Islamic Republic. This was also a lesson from Iran’s Reformist era of 1997 to 2001, during which women’s rights activists and Reformist politicians tried unsuccessfully to bring about Iran’s accession to the Convention on the Elimination of All Forms of Discrimination Against Women, the primary human rights treaty safeguarding the rights and equality of women. And born out of political contention, there is a lack of political will that hinders women’s rights reforms in Iran’s legal system. Adopting a Sharia-based strategy supported by well-known clerics to combat discriminatory laws justified by the government’s interpretation of Sharia, nonetheless, has proven to be an effective way to gain the support of the public. Naturally, this is not a matter that can be resolved overnight, but requires a steady and systematic approach.