Turkey’s Directorate of Religious Affairs has issued several controversial opinions, most recently one stating that men may divorce their wives via a telephone call, fax, text message or email. 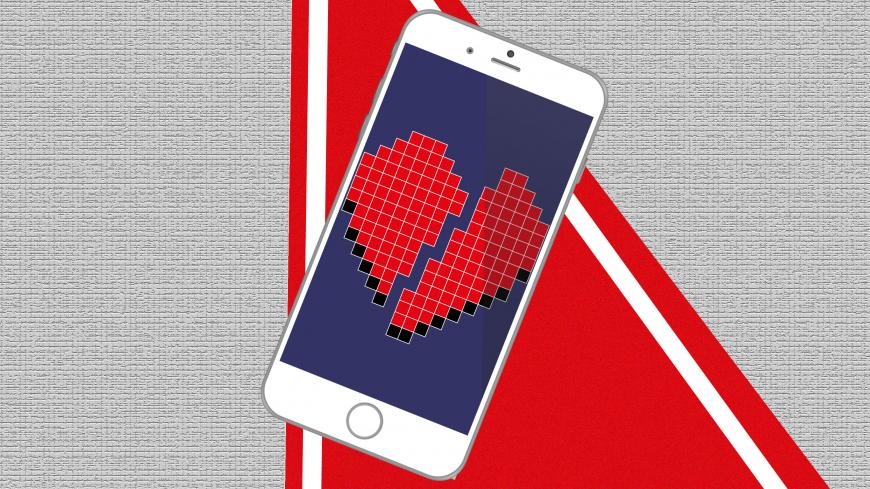 Turkey’s top religious body, the Directorate of Religious Affairs, or Diyanet, has recently attracted a lot of attention for the numerous fatwas it has been publishing online.

For example, on Nov. 29, Turkey’s top religious body declared the digital currency Bitcoin “inappropriate at this moment in time.” On Dec. 1, it issued a fatwa on hair dye for men, and on Dec. 13, purchasing national lottery tickets was forbidden. On Dec. 14, it issued a fatwa about “immoral music.”

Yet no recent fatwa was as controversial as the one on divorce that the Diyanet issued on Dec. 7, stating that couples may get divorced via telephone call, fax, letter, text message or email.

According to the classic — and widely practiced — interpretation of Islamic jurisprudence, a man divorces a woman by pronouncing “talaq,” the Arabic word for divorce. It is much harder for a woman to obtain a divorce. The newest religious opinion by Turkey’s Diyanet states, “Divorcing your spouse by saying ‘talaq’ via phone call, letter, SMS, internet and fax are as valid as saying it to their face," and "If a woman is divorced through written methods such as a text message or letter, she should ensure that the message was sent by her husband.”

Those who might approve this ruling have been quiet about it. The fatwa incited a flood of sarcastic comments on social media, and comments ranged from calling the ruling scandalous to a misuse of communication devices. The backlash included feminist groups, Republican People’s Party deputies like Bulent Oz and Kazim Arslan, and journalists for secular newspapers. Arslan said, “The High Council is losing its reputation and has become fodder for humor.” Columnist Melih Asik from Milliyet wrote that the fatwas defy Turkey's secular laws and women’s rights. Feminist Agenda (“Feminist Gundem”) tweeted, “Down with your fatwa.”

All of this commotion is taking place in an atmosphere in which muftis have already started conducting legal marriages after a controversial bill was passed to authorize them. On Dec. 13, the Constitutional Court unanimously rejected a local court’s challenge to a regulation in the Civil Servants Law that bans Diyanet personnel from involvement in politics.

Trying to defuse the situation, Deputy Prime Minister Fikri Isik stated that these religious rulings by the Diyanet should be evaluated not in accordance with the constitution but on compliance with religious principles. He added that people will decide for themselves whether to follow or reject the Diyanet's religious opinions. “This has nothing to do with the constitution,” he concluded. “There is civil law in Turkey and it is valid.”

But the religious aspects of the Diyanet's ruling on divorce are also problematic for some. Caner Taslaman, a popular progressive Islamic theologian in Turkey, explained to Al-Monitor, “Everything that is not forbidden in the Quran is lawful or permitted in Islam.” For example, there is no need for a verse stating “Eggplant is for eating.” If there is no prohibition, eggplant can in fact be eaten. To Taslaman, the same logic follows for divorce: “As there is no rule in the Quran that a woman cannot divorce a man, the same right of divorce that is valid for a man is equally valid for a woman.”

Taslaman believes that throughout history, men were the ones who interpreted religious texts. Men also held economic power, as it is still the case to a large extent around the world. This situation led to a patriarchal interpretation of the Quran, which reformists like Taslaman are challenging. “For me, the problem is not easy divorce but rather the lack of recognition of the equal right for a woman to marry and divorce like a man,” Taslaman explained. He also pointed to the Quran’s intent to prevent a woman from economic vulnerability in the case of divorce by establishing that women have the right to keep their “mahr,” or wedding gift given by the man.

In a similar light, Berrin Sonmez, a former academic and writer for leftist portal Gazete Duvar, offered a rare female voice from this angle. She cited verses from the Quran to argue for equality between men and women in marriage and divorce. Sonmez also referred to the divorce procedures in the Mejelle, which is regarded as the most important reform of Ottoman civil law in the process of modernization. Accordingly, divorces in the last decades of the Ottoman Empire were legal proceedings documented by courts, as opposed to informal declarations by men. Later on, after the founding of the republic, divorce became formalized in Turkey’s civil law, so the Diyanet's religious opinions must not violate the rights recognized in the civil law, wrote Sonmez.

Another progressive voice in Turkey, theologian Mustafa Ozturk, argued that granting the right to divorce only to men was a product not of religion but of tradition. And the Diyanet was making the mistake of “taking procedures from a period when verbal cultural codes were dominant” and turning them into “supra-historical” principles valid for all times and societies.

All in all, it seems that the fatwa decreeing that men can divorce their wives with a mere email or text message is not going to affect Turkey’s more modern and egalitarian legal standards. But the controversy has underlined the fact that for Muslim jurists to be relevant and helpful in modern society, they should begin by understanding the gap between this society and the traditional cultures in which Islamic jurisprudence developed.