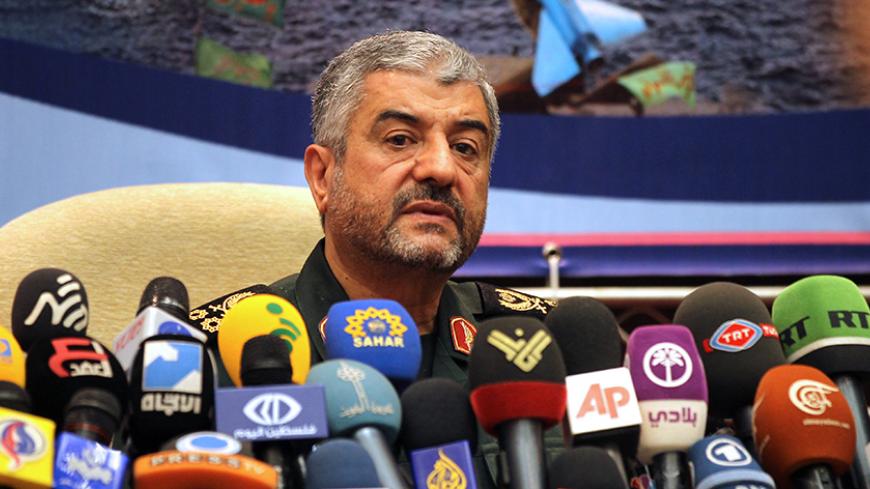 Mohammad Ali Jaffari, the commander of Iran’s Islamic Revolutionary Guard Corps (IRGC), has said that the attack by Hezbollah that killed two Israeli soldiers was the “minimum” response to Israeli strike that killed an Iranian and six Hezbollah fighters.

At a conference today called “Jihad Will Continue,” Jaffari told reporters, “Hezbollah’s response to Israel was a minimum response that was given to the Israelis, and I hope this response will be a lesson not to make these mistakes anymore.” He continued, “The response the tyrant Israelis received for their ugly actions, which our brothers in Hezbollah gave them along the Lebanese-Syrian border, was a minimum response.”

On Jan. 28, anti-tank missiles in the disputed Shebaa Farms area, wedged between Lebanon and Israeli-occupied Golan Heights, struck an Israeli military convoy, killing two soldiers and wounding seven others. The attack was in retaliation for the Jan. 18 Israeli attack on a Hezbollah convoy in the Golan Heights that killed an Iranian commander and six Hezbollah fighters, including the son of Imad Mughniyeh, a former Hezbollah commander who was assassinated in Damascus in 2008, most likely by Israel.

In his speech today, Hezbollah Secretary-General Hassan Nasrallah made similar comments, saying that Hezbollah will no longer respect the rules of engagement and will respond to any assault anywhere at any time. He said that the group used to differentiate between military and security operations.

However, Nasrallah also added that for now, while Hezbollah doesn’t fear it, it “doesn’t want war” either, striking a similar note to Jaffari’s comments in hoping Israel has learned its lesson.

Another interesting point was Nasrallah’s comments that the nuclear negotiations between Iran and the five permanent members of the UN Security Council plus Germany would not prevent a response. He said, “Some said Iran would contact us and prevent a response,” but “no friend” would want Hezbollah to “sit and watch our blood being spilled.” Stressing the unity between the two, Jaffari made similar comments, stressing, “We are one with Hezbollah. Wherever the blood of our martyrs is spilled on the front line, our response will be one.”

At the same conference, the deputy head of the IRGC, Gen. Hossein Salami, praised Hezbollah’s swift response and warned of a wider war with Israel, saying, “No page will be closed, and the time and place to respond to them is not determined.”

When asked by reporters if Iran considers Israel a threat, Salami said, “Iran has prepared itself for a war with world powers, and the Israelis are much smaller than this.”