Egypt's General Authority For Supply Commodities is believed to have purchased 175,000 tons of wheat, through private talks with importers, making it the first Ukrainian wheat purchase since the start of Russia's war on Ukraine. 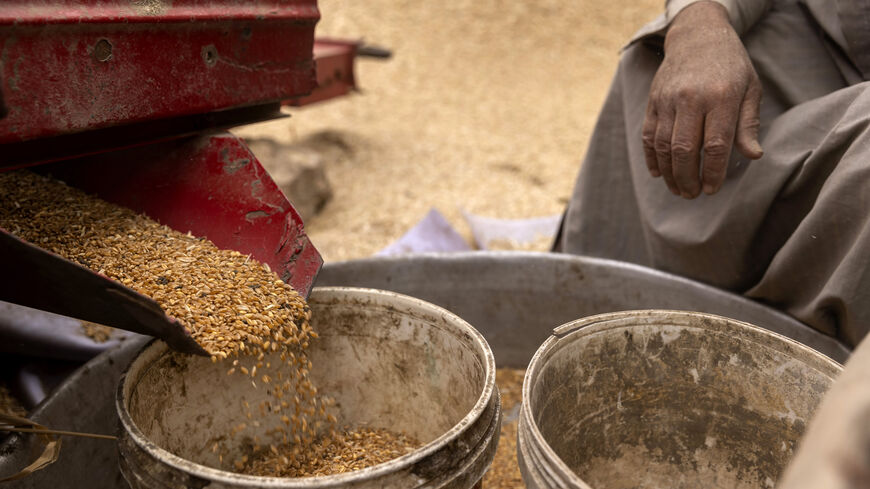 CAIRO — Egypt's state grains buyer is believed to have bought 175,000 tons of Ukrainian wheat through private talks with suppliers. Trading sources told media outlets Nov. 25 that the new wheat shipments include the General Authority for Supply Commodities' first purchases since the outbreak of Russia's war on Ukraine in February.

A source from the Egyptian Ministry of Supply and Internal Trade, who declined to be named, told Al-Monitor, “The ministry aims to import about 1 million tons of wheat by mid-2023, to increase its strategic wheat reserve and meet the needs of local bakeries and the private sector.”

“Egypt is the largest wheat importer in the world. Domestic consumption amounts to nearly 25 million tons annually, while the country produces about 12 million tons,” Ashmawy said, adding that the rest is imported.

Rashad Abdo, head of the Egyptian Forum for Economic and Strategic Studies, told Al-Monitor that the contracts signed by Egypt for the purchase of Ukrainian wheat are a “good step.”

He said that Egypt was able to secure these contracts “thanks to the Russian-Ukrainian grain deal, which allowed exports from Ukrainian ports. The deal, which was reached in July, could contribute to a larger supply of wheat globally to meet the needs of various countries,” as global supplies had been disrupted since the war in Ukraine.

Abdo noted, “Egypt is counting on the success of the grain export deal to secure its wheat needs since it is the world’s largest wheat importer and consumer. Wheat shortages would cause a major crisis in Egypt and other developing countries, and could lead to higher hunger rates globally.”

Ali al-Idrissi, professor of economics at the Culture and Science City in Cairo and member of the Egyptian Society for Political Economy Statistics and Legislation, seemed to concur with Abdo. “The return of wheat shipments from Ukraine to Egypt is important since wheat is a crucial part of food security in the country. The resumption of wheat shipments would help secure Cairo’s wheat needs during the coming period,” he told Al-Monitor.

However, he said, “The 175,000 tons of wheat recently purchased are not a large quantity compared to Egypt’s import [needs]. But the purchases are a positive move to [gradually] secure Egypt’s wheat needs in the future, especially after [Russia’s return] to the grain export deal.”

According to a Nov. 28 report by Asharq al-Awsat newspaper, the Egyptian government had bought about 20% of its wheat imports from Ukraine before the outbreak of the war with Russia.

Idrissi said, “After the Russian-Ukrainian war broke out, Egypt sought alternative sources of wheat, including from France, Romania and India, to meet its needs until the situation settles. But Egypt prefers to get its wheat shipments from Moscow and Kiev given the low import and logistics costs and the high quality of the grains.”