The Takeaway: As protests rage, is Iran moving toward nuclear deal? 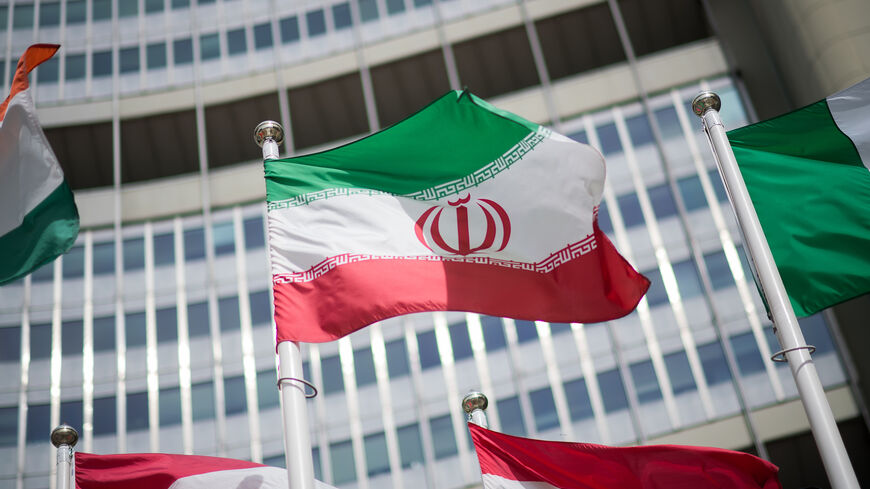 The flag of Iran is seen in front of the building of the International Atomic Energy Agency (IAEA) Headquarters ahead of a press conference by Rafael Grossi, Director General of the IAEA, about the agency's monitoring of Iran's nuclear energy program on May 24, 2021 in Vienna, Austria. - Michael Gruber/Getty Images

As protests against Iran’s government continue over its treatment of women and civil liberties, Tehran may be signaling that it is closer to accepting the latest version of the Iranian nuclear deal, formally known as the Joint Comprehensive Plan of Action (JCPOA).

There are several reasons to think a deal may be closer than it was less than two weeks ago.

1. Iran on course to settle IAEA dispute. The European Union and United States thought they were close to a deal with Iran in August, but Iran insisted that it wouldn’t proceed until an investigation by the International Atomic Energy Agency (IAEA), the global watchdog overseeing Iran’s nuclear program, was stopped. This dispute now appears on track to being settled.

2. Iran FM: “Better Understanding” with US. Despite the EU submitting its "final" version of the JCPOA agreement to Iran in August, negotiators continue to exchange messages, including at the UN General Assembly meetings in New York last month. In addition to relaying that the West will not interfere in Iran’s dispute with the IAEA, the US and Iran may have come to some further understanding on Iran’s insistence on economic guarantees if the US again pulls out of the deal, as US President Donald Trump did in May 2018.

3. Prisoner exchange: On Oct. 5, Baquer Namazi, a US citizen held on charges of ‘collaborating with a hostile power’ for more than six years —  first in prison and then under house arrest — left Iran to receive medical treatment in the United Arab Emirates. His son, Siamak Namazi, was released Saturday on temporary furlough after nearly seven years in detention. The Biden administration has denied Iranian reports that the Namazis’ releases were tied to the pending release of Iranian frozen funds abroad or a broader deal involving the other prisoners, Emad Shargi and Morad Tahbaz.

Bottom line: US and EU support for the protests is not letting up as long as they continue. Expect more sanctions from both on the “perpetrators of the violence.” But the approach to the killing of Mahsa Amini and the way Iranian security forces have been responding to the demonstrations is so far on a separate track from the JCPOA talks. The Biden Administration still sees the JCPOA as the best way to prevent Iran from acquiring a nuclear weapon. We are not ready to write "done deal," but the trends are moving toward yes since the UN General Assembly session two weeks ago. Expect Iran to likely keep pushing ahead, not only to reap the economic benefits that will come from the lifting of sanctions and the unfreezing of billions of dollars' worth of assets, but to change the conversation, and focus, away from its response to the protests.

As Israel’s election nears, former Israeli Prime Minister Benjamin Netanyahu is accusing the United States of pressuring Israel to accept a maritime deal with Lebanon. He’s also attacked his election rival, caretaker Prime Minister Yair Lapid, for “surrendering to Hezbollah Secretary-General Hassan Nasrallah and of holding a closeout sale of Israel’s natural gas reservoirs to the group,” writes Ben Caspit. If elected, Netanyahu says he would not be bound by any gas agreement with Lebanon. A senior Israeli security source said Netanyahu’s attempts to undermine the looming deal are causing “strategic damage” to Israel.

2. Russia's use of Iranian drones in Ukraine hints at reliance on Iran

It’s no longer taboo for the Russian press to report on the use of Iranian unmanned aerial vehicles by Russian forces in Ukraine. Anton Mardasov reports that even the Russian defense ministry has begun to acknowledge problems with its nationally developed drones. But as Mardsaov explains, neither Moscow nor Tehran are likely to confirm speculation of their growing military-technical partnership anytime soon.

Israel has stepped up its raids in the West Bank amid growing resistance from armed factions in Jenin and Nablus. In the early hours of Oct. 3, Israeli forces killed two Palestinians who allegedly attempted to run over Israeli soldiers during a raid near the city of Ramallah. Ahmad Melhem reports that the raids come as “Israel and the Palestinian Authority are growing concerned over the armed factions’ ability to recruit members of the Palestinian security services in the fighting against Israeli forces.”

Lebanon is moving to a new exchange rate three years after the country plunged into an unprecedented economic crisis. Caretaker Finance Minister Youssef Khalil announced that the official exchange rate will shift from 1,507 Lebanese liras to 15,000 liras to the dollar, beginning Nov. 1. Since the start of the economic crisis in 2019, the national currency has lost more than 90% of its value. Experts tell Hanan Hamdan that the new exchange rate could cause inflation to soar even higher.

5. Tunisia’s Islamists under siege as Saied rolls back democracy

Amberin Zaman has a vivid on-the-ground report from Tunisia, where Islamists are bearing the brunt of Tunisian President Kais Saied’s “counter revolution.” Their leaders have little public sympathy, as many view them as the principal architects of the economic woes and political gridlock that have long gripped the country. “A devout Muslim, Saied has justified [his] moves on the grounds that the old rotten system is unfixable, while casting the Islamists as the chief culprits of Tunisia’s ills,” writes Zaman.

Ben Caspit speaks with Israel’s science and technology minister, Orit Farkash-Hacohen, following the start of a strategic dialogue between Israel and the United States that is focused on technological cooperation.

Andrew Parasiliti and Al-Monitor business correspondent Salim A. Essaid discuss Saudi Arabia’s investments in e-sports, trends in cryptocurrency markets in the Gulf, AI governance in the UAE and the region’s evolution as a hub in global climate policy.