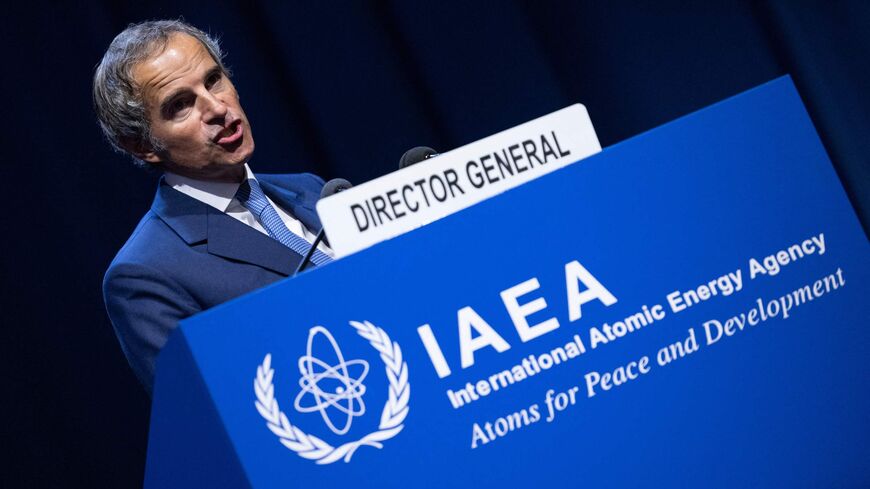 Iran is again talking with the International Atomic Energy Agency (IAEA) to settle a dispute over an investigation by the global nuclear watchdog agency into questions regarding nuclear materials found at three sites in Iran.

The decision, if implemented, could break a deadlock in the stalled negotiations for a return to the Joint Comprehensive Plan of Action (JCPOA), as the Iran nuclear deal is known.

On Sept. 29, Vice President and head of the Atomic Energy Organization of Iran Mohammad Eslami said, “Iran is always committed to observing the Safeguards regulations. We are also committed to the Treaty on the Non-Proliferation of Nuclear Weapons. We have facilitated the Agency’s (IAEA’s) monitoring of our activities in accordance with the Agency’s regulations and will facilitate it in future as well.”

The United States and Iran, via European Union mediation in the absence of direct talks, have been negotiating a return to the JCPOA for the past 18 months.

Agreement on the JCPOA would lift sanctions on Iranian oil exports and unblock billions of dollars worth of frozen assets, in return for Iran’s compliance with restrictions and monitoring of its nuclear program.

US President Donald Trump withdrew from the deal in May 2018. Since then, Iran has accelerated its enrichment of uranium so that the time required to produce the fissile material required for a nuclear weapon (not a bomb itself) has dropped from about a year to several weeks. A return to JCPOA constraints on Iran’s nuclear program would increase the breakout time to months.

Iran’s dispute with the IAEA is over its safeguards requirements under the Nuclear Non-Proliferation Treaty (NPT) — not the JCPOA. An IAEA report and resolution earlier this year criticized Iran for noncompliance with the agency’s investigation into nuclear material found at three sites, noting that Iran’s answers to questions about the site were not "technically credible." (See below for more on the safeguards file.)

Iran considered the report politicized and biased and refuted the allegations, making a resolution of the case a condition of the JCPOA, deadlocking the talks, which appeared close to an agreement last month.

For the United States, Iran’s dispute with the IAEA has never been linked to the JCPOA. The Biden administration and its E3 partners (the United Kingdom, France and Germany) refused to intervene, saying it was a matter for the IAEA and Iran to work out.

On Sept. 2, White House spokesperson Karen Jean-Pierre said that there was no “conditionality” between the IAEA investigation and the JCPOA talks.

“We and our E3 partners have never linked the JCPOA and the IAEA safeguards probe. In our view, they are unrelated: We can conclude the JCPOA while, separately, the IAEA and Iran would seek to resolve the outstanding issues based on Iran’s cooperation,” a senior US official told Al-Monitor on background this week. “It is Iran that has insisted on linking the two. Not us.”

Iran is signaling that it may be ready to put this issue behind it, and if so, the JCPOA negotiations could have a pulse.

“These apparent baseless allegations against Iran that have been put on the agenda of the agency [IAEA] need to be removed first,” Iran's Foreign Minister Hossein Amir-Abdollahian told Al-Monitor Sept. 25. “But we believe and accept that to do so, there has to be some technical work to be done … parallel to that, just like in the year 2015, there needs to be a political will to close the case of these allegations.”

The next day, on Sept. 26, Iran’s nuclear chief Eslami met with IAEA Director General Rafael Grossi in Vienna, where both spoke at the agency’s general conference.

Following the meeting, Grossi tweeted, “Dialogue has restarted with Iran on clarification of outstanding safeguards issues.”

Amir-Abdollahian: ‘We are serious’ about reaching a deal

A flurry of meetings and messages last week at the UN General Assembly may have helped loosen the deadlock in the IAEA dispute and, by extension, the nuclear talks.

The most notable meetings in this regard may have been Iranian President Ebrahim Raisi’s sessions with French President Emmanuel Macron and EU President Charles Michel.

And there were also messages that led to "some progress" on the other sticking point in the JCPOA talks — economic guarantees in case the United States pulls out of the deal, as Trump did.

“I can tell you also that we are receiving a lot of messages from the United States telling us that they have goodwill to reach the deal,” Amir-Abdollahian told Al-Monitor. “We hope that they will. … We will also see this in practice. We are serious, I guarantee you, to reach a strong and lasting deal.”

The point here is that neither the United States nor the other JCPOA signatories are even insisting that Iran reach agreement with the IAEA to return to the JCPOA: Iran just has to drop the issue as a condition of an agreement.

This column wrote in July that the path to resolving the dispute with the IAEA, and proceeding with the JCPOA, required separating the two files, which had become commingled. There is precedent for doing so. In 2015, the IAEA issued both a final assessment of Iran’s past and present nuclear activities, and a concurrent resolution on JCPOA implementation, to allow the nuclear agreement to proceed.

A return to the JCPOA talks may also be an incentive for the government to shift attention from the reactions to the death of Mahsa Amini in police custody for a hijab violation.

Iranians stand to benefit from the economic gains of lifting sanctions and unfreezing assets.

Elizabeth Hagedorn has the report here on how protesters are shifting tactics in response to the government crackdown, based upon reporting from a correspondent in Iran.

The IAEA Safeguards Report:  What you need to know

An IAEA report in May 2022 declared that Iran has not offered "technically credible" answers to questions about whether “nuclear material had been present at [three] undeclared locations in Iran and that the current location of this nuclear material was not known to the Agency.” Some background: