The Takeaway: US responds to Iran proposal but gaps remain 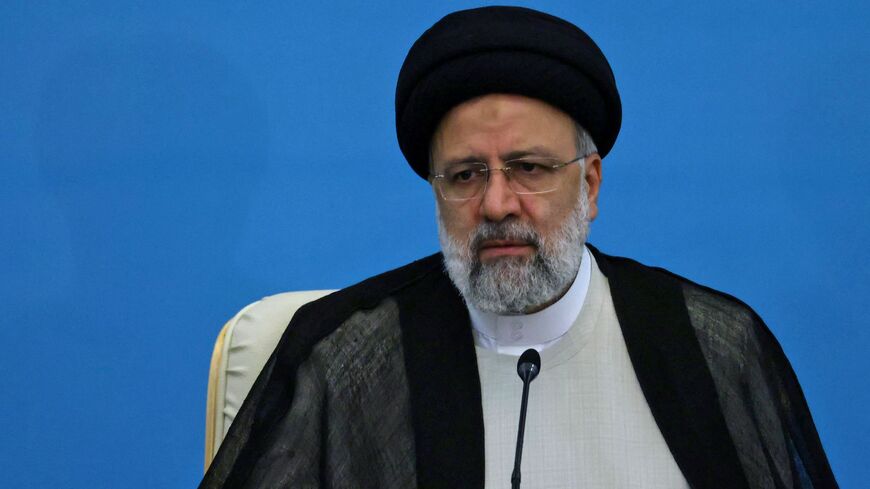 Iran's President Ebrahim Raisi takes part in a joint press conference with his Russian and Turkish counterparts following their summit in Tehran on July 19, 2022. - ATTA KENARE/AFP via Getty Images

The United States and Iran are inching closer to re-entering the nuclear agreement after more than 16 months of intermittent negotiations that until recently appeared headed for collapse.

But despite reported concessions from Tehran, it’s far from a done deal.

The ping-pong continues. On Wednesday, the US gave its formal response to the European Union on Iran’s latest proposals to restore the 2015 deal, known officially as the Joint Comprehensive Plan of Action (JCPOA).

“We received Iran’s comments on the EU’s proposed final text through the EU. Our review of those comments has now concluded. We have responded to the EU today,” State Department spokesperson Ned Price said.

Iranian Foreign Ministry spokesman Nasser Kanaani said that Iran has begun a “careful study” of the American response and “will share its comments with the coordinator upon completion of the review.”

Administration officials declined to discuss the substance of the US response, but said gaps between the two parties have narrowed in recent weeks.

Both sides are claiming the other blinked.

“We are closer now than we were even just a couple of weeks ago because Iran made the decision to make some concessions,” National Security Council spokesperson John Kirby told reporters on Wednesday.

Iranian President Ebrahim Raisi claimed earlier this week that Iran has made no concessions, while Mohammad Marandi, an adviser to the Iranian nuclear negotiations team, told Al-Monitor last week that it was the US that has made concessions.

The remaining sticking points. While the exact details of the US and Iranian offers are unknown, reports are that Iran may be seeking some economic assurances that will outlast President Joe Biden’s term. Among them is reportedly a longer “wind down” period for foreign firms to wrap up their transactions if the United States again withdraws from the deal.

On the one hand, the Biden administration would have been seen as the inflexible party if it rejected the latest demands from Iran, said the International Crisis Group’s Ali Vaez.

But agreeing to additional changes would have risked "signaling to Iran that the ping-pong can continue for the foreseeable future, and Iran might conclude that it can incrementally extract more concessions from the US,” Vaez said.

The biggest hurdle is Iran’s demand that the International Atomic Energy Agency (IAEA) close its three-year investigation into unexplained uranium discovered at several of the country’s old but undisclosed nuclear sites.

As Politico reported, the EU’s proposal offered to close the probe if Iran provides technically credible explanations for the nuclear material.

The Iranians didn’t object, but that doesn’t mean the issue is off the table for good. Iran said as recently as Wednesday that its implementation of the JCPOA is contingent on the IAEA shutting down the investigation.

There is precedent: the IAEA passed what is called a “landmark” resolution in 2015 clearing the way for implementation of the JCPOA signed five months earlier.

“There is still a possibility that Iran might reopen the question of safeguards,” Vaez said. “In the past there have been issues that were seemingly resolved, only to reemerge as the parties get bogged down over other differences.”

The Israel factor. Israel, meanwhile, is heaping pressure on the administration to walk away from renewing a deal that Prime Minister Yair Lapid warned Wednesday will destabilize the Middle East. As Ben Caspit reports, “a sense of impending doom has taken hold of Israel’s top security echelons.”

The US sent its response to the EU a day after Israeli national security adviser Eyal Hulata met with his American counterpart, Jake Sullivan, at the White House on Tuesday. Israeli Defense Minister Benny Gantz is also due to meet with Sullivan on Friday.

“Our message was heard. How it was received, you need to ask the Americans," an Israeli official said of the meeting, adding that the two countries share the same goal of preventing Iran from obtaining a nuclear weapon.

Clock ticks on a deal. Biden may want to close the deal quickly, so that Republican opposition to it is not a key issue in the November midterms. Under a law passed after the 2015 agreement, the president is required to submit any new pact for a 30-day congressional review.

Republicans and some Democrats are geared up to fight the JCPOA's renewal, but they’re mostly powerless to block it. They would need a two-thirds majority to counter Biden's veto of a joint resolution of disapproval, which is unlikely, especially while Democrats control both chambers.

Iran also has economic incentives to bring the deal across the finish line, Al-Monitor columnist Ali Hashem explained on the “On The Middle East” podcast.

“The main thing Iran wants out of this deal are the economic benefits of it,” Hashem said. “Iran's main achievement [will be] if they are going to be able to sell their own oil openly.”

As energy expert Dan Yergin told Al-Monitor, the Iranian addition to world supply is “not insignificant." But as we wrote last week, while Iranian oil may be needed more than ever, with OPEC+ now considering cutting back production, a deal may come too late to stave off Europe’s energy crisis.

What we’re watching: The next IAEA Board of Governors meeting is September 12-16 in Vienna, followed by the UN General Assembly meetings in New York, which both Biden and Raisi are expected to attend. If the IAEA can close the Iranian file, and Raisi makes it to New York, expect another flurry of expectations for a possible Biden-Raisi meeting on the sidelines on UNGA.

Israel appears to have resigned itself to the defeat of its prolonged campaign against a revived Iranian nuclear agreement, writes Ben Caspit. Israeli situation assessments and working assumptions have concluded that world powers will sign a deal with Iraq sooner rather than later. A senior Israeli security source described the looming deal as “nothing short of a catastrophe” and said Israel won’t be bound by it. “We will keep using all the ways and means at our disposal to prevent Iran from going nuclear,” the source told Caspit.

2. Turkey hints at normalization with Syria

After a decade of severed relations, Turkey is slowly warming to Syria’s government. Turkish Foreign Minister Mevlut Cavusoglu said Tuesday that Ankara doesn't have preconditions for dialogue with Damascus. Earlier this month, Cavusoglu called for reconciliation between the Syrian government and Turkey-backed opposition. Fehim Tastekin writes that “Ankara’s reconciliation overtures to Damascus have been accompanied by growing Turkish attacks on Syrian Kurdish and government forces along the border.” The attacks are likely meant to send a message that Turkey won’t tolerate the Syrian army providing indirect cover or support for Kurdish forces that Ankara considers terrorist groups.

Abu al-Fath al-Farghali, a prominent Egyptian hardliner in Hayat Tahrir al-Sham (HTS), has resigned from the militant group’s Shura Council. Sultan al-Kanj has this deep dive on Farghali, who as a religious scholar issued a fatwa ordering HTS members to kill anyone linked to the Free Syrian Army-affiliated National Front’s factions. Experts say Farghali’s departure is part of a wider effort to rid the jihadist organization of hardliners.

After Islamic Jihad agreed to an Egyptian-brokered truce with Israel earlier this month, news spread about a rift between the Palestinian militant group and Hamas. Ahmad Melhem reports there was speculation that Islamic Jihad was frustrated that Hamas chose to sit out the latest round of fighting with Israel. But the two Palestinian movements deny any rupture in their relationship. Hamas political bureau member Mahmoud al-Zahar blamed Israel for stirring the pot, and pointed out that Hamas members attended the recent funerals of Islamic Jihad fighters.

The Egyptian government has agreed to implement the first phase of a project to construct the Sokhna-Dekhila axis, an integrated container logistics project linking the Red and Mediterranean seas. Ibrahim Ayyad reports that the logistics project is expected to provide more than 2,000 direct and indirect job opportunities. Experts say the newly signed agreement could help pave the way for Egypt becoming a regional trade and logistics hub.

Ben Caspit speaks this week with Yossi Langostsky, the veteran geologist who is considered the founding father of natural gas discoveries off the Israeli coast, about the potential for discovering oil in the same region.

Andrew Parasiliti and Al-Monitor columnist Ali Hashem discuss the increasing prospects for an Iran deal, which could provide a venue for direct US-Iran diplomacy.