Also: three dates to watch for in Iran nuclear talks. 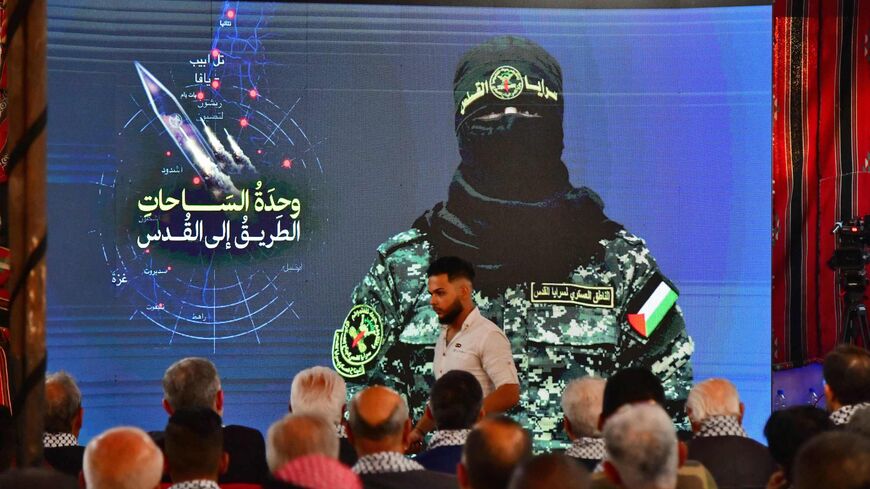 Supporters of the Islamic Jihad group attend a gathering to praise their fighters killed in the latest round of fighting between Israel and Gaza Strip militants on Aug. 25, 2022, at the Yarmuk Palestinian refugee camp in the Syrian capital Damascus. - AFP via Getty Images

As both Washington and Tehran inch toward a return to the Joint Comprehensive Plan of Action (JCPOA), the Iran nuclear deal, the spotlight will soon turn to the International Atomic Energy Agency (IAEA) to resolve an investigation into Iran’s past nuclear weapons research.

Iran’s position on the investigation is "nothing to see here" and Tehran wants the file closed and detached from the JCPOA. IAEA Director General Rafael Mariano Grossi told CNN this week that “so far, Iran has not given us the technically credible explanations that we need to explain the origin of many traces of uranium.” In other words, the investigation will continue.

For Iran, there is precedent in separating the files. In 2015, the IAEA resolved an eerily similar concern into the past military dimensions of Iran's nuclear program, allowing implementation of the JCPOA to proceed.

Here are three dates to note in the weeks ahead as benchmarks for progress toward an agreement:

PIJ looks for an assist from Hezbollah

Nasrallah, Iran’s top ally in Lebanon, is calling for unity among Gaza’s Islamist resistance factions after Hamas sat out the conflict, as Adam Lucente reports.

Hamas, the Arabic acronym for the Islamic Resistance Movement, governs the Gaza strip. PIJ is ideologically aligned with Hamas, but holds no formal political office or role. The two groups coordinate on their operations and actions toward Israel. Both the United States and Israel consider Hamas and PIJ terrorist organizations.

The costs for PIJ go beyond the battlefield to its already shaky standing in Gaza, which is ruled by Hamas.

The spark came on Aug. 2, when Israeli forces arrested one of PIJ’s leaders, Bassam Al-Saadi, at the Jenin refugee camp. PIJ decided to retaliate from Gaza, not the West Bank. From Aug. 5 to 7, PIJ fired 1,100 rockets and mortars into Israel and the IDF carried out 147 air strikes against targets in Gaza in response. According to the United Nations, 47 Palestinians were killed, among them 12 PIJ fighters, with 360 wounded. Palestinian deaths included 15 children and four women, according to the Palestinian Ministry of Health in Gaza. Among the Palestinians wounded, 151 were children and 56 women.

The Associated Press, based on its own investigation and an Israeli military assessment, reported that 14 of the Palestinians killed, including some of the children, came as a result of errant PIJ missiles rather than Israeli airstrikes.

According to the Palestinian Ministry of Health, the PIJ missile killed seven Gazans, including four children, and injured 21.

That a PIJ missile killed innocent Palestinians, including children, undermined the group’s claim as a leader of the "resistance" to Israel. Some Palestinians have called for an investigation into the incident, but most criticism stayed under the radar, as our correspondent reports from Gaza, fearing retribution from PIJ or Hamas. The Hamas media office warned journalists against adopting the Israeli narrative of events.

Israel claimed a "strategic victory" in the war by keeping Hamas out of the fighting, as Ben Caspit reports.

Hamas and Islamic Jihad, which historically have coordinated their actions against Israel, claim all is fine between them, despite reports to the contrary.

Hamas political bureau member Mahmoud al-Zahar told Al-Monitor’s Ahmed Melhem, “Israel has failed miserably in achieving this rift. If there was a dispute between the two movements, this would have been [officially] reported by the media or in the statements of officials. On the contrary, Hamas leaders participated in funeral gatherings of Islamic Jihad leaders and gave speeches emphasizing the unity of the resistance. The two movements only disagreed on the timing of the battle against Israel.”

Meanwhile, Palestinian activists, journalists and media institutions claim they have been the target of a coordinated campaign by Israel to close down and restrict their social media accounts in the weeks following the war, as Taghreed Ali reports.

Amany Mahmoud reports from Gaza that PIJ is claiming Israel reneged on the terms of the cease-fire, but few are taking notice.

As long as Hamas isn’t interested in picking up the fight, PIJ is likely to keep its powder dry, at least in Gaza.

Since the cease-fire, Israel announced that it was increasing the number of work permits for Gazans in Israel from 14,000 to 20,000, including as many as 500 permits for women, as Mai Abu Hasaneen reports from Gaza.

The wages earned in Israel can be five times more than in Gaza, where unemployment is was 46.9% last year.

Whatever differences Hamas and PIJ may have about the last war in Gaza, they agree that their most promising future franchise may be in the West Bank.

Ahmed Melhem previously reported that Israel is waging a daily "war of attrition" in the West Bank, especially the refugee camps in Jenin, Tulkarem and Nablus. The Palestinian Authority has limited reach and influence in these areas and the face of resistance has fallen to Hamas and PIJ.