The Emirates wants to attract more high-tech companies, especially those working on artificial intelligence. Some cryptocurrency firms are moving to the Gulf state. 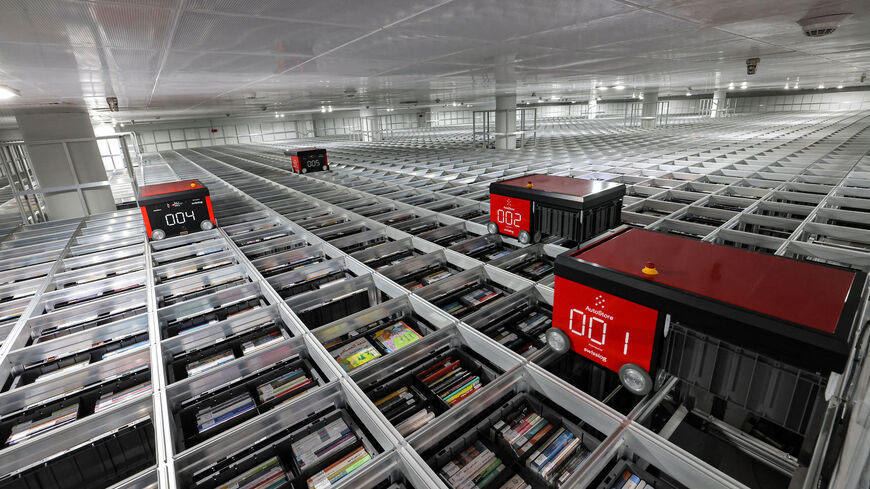 This picture taken on June 16, 2022 shows a view of the book retrieval robot system at the newly-opened Mohammed Bin Rashid library (MBRL) in Dubai. The design incorporates technology and artificial intelligence to make the library as accessible as possible, including robots to help visitors and an electronic book retrieval system. - GIUSEPPE CACACE/AFP via Getty Images

“We are offering hyper-practical measures to make it painless and rewarding for companies from Africa, Asia, Europe and the Americas to relocate here,” Foreign Trade Minister Thani Al Zeyoudi said via Twitter.

The Emirates has set a goal of of increasing investment in startups from approximately $400 million to $1.3 billion. They specifically want companies and professionals in the artificial intelligence (AI), gaming, data science and software sectors. Some entities have already expressed interest in the initiative, including the Dubai International Finance Center and the Abu Dhabi Global Market, according to the Emirates News Agency.

Why it matters: The UAE is making significant efforts to attract more high-tech businesses to the country. An Emirati official told Al-Monitor in February that they are cutting businesses fees that need to be paid upfront to make it easier on startups. However, this policy is part of an overall tax increase.

The Dubai International Finance Center also launched a license for artificial intelligence and coding in March. The UAE is seeking to become a world leader in AI.

The Emirates has had some success attracting high-tech firms. Several cryptocurrency companies have announced moves to the Gulf state this year, for example.

What’s next: A first-ever 9% corporate tax will come into effect in the UAE in June of 2023. The move is part of the Emirati government’s efforts to increase government revenue and rely less on oil.