The United Arab Emirates is undergoing economic changes as it aims to reduce its dependency on oil. 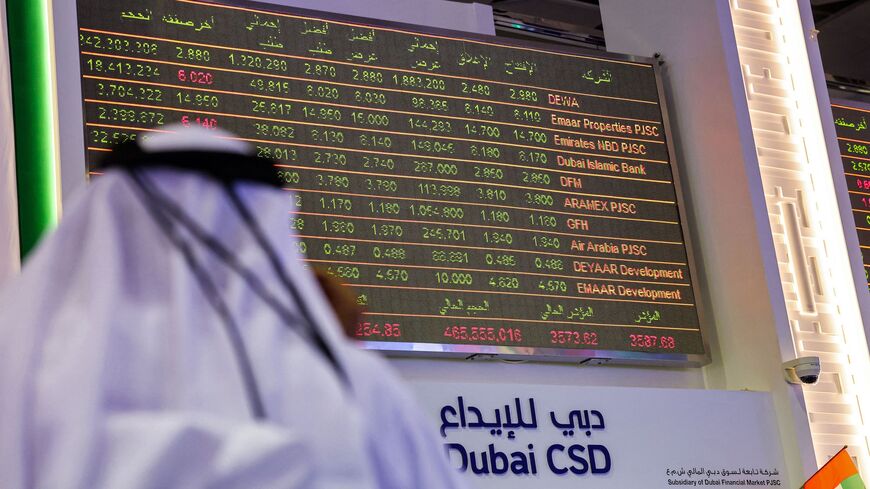 A man watches stock movements on a display at the Dubai Financial Market stock exchange in the Gulf emirate on April 12, 2022. - GIUSEPPE CACACE/AFP via Getty Images

The non-oil sector contribution to the GDP amounted to 72.3% in 2021. In 2020, the contribution was 71.3%. The biggest non-oil contributors to the GDP were hotels and restaurants at 21.3%, retail at 14.1%, and health and social services at 13.8%, the official Emirates News Agency reported Tuesday.

Why it matters: The UAE is seeking to reduce its dependence on oil, so the GDP figures represent a somewhat positive sign. The Gulf state is diversifying in a number of ways. In 2023, the UAE will implement a tax on business profits for the first time ever. They are also cutting business fees in a bid to attract startups.

The UAE is also seeking to become a regional leader in artificial intelligence (AI). To this end, the Dubai International Financial Center announced last month an AI license program.

The Gulf state has had some success in bringing in new, non-oil businesses. Two major cryptocurrency platforms recently announced they are moving to Dubai.

Oil remains a major part of the UAE economy. The sector is responsible for around 30% of the Emirati GDP, according to the Organization of the Petroleum Exporting Countries. This assessment is consistent with the figures reported by the Emirates News Agency.