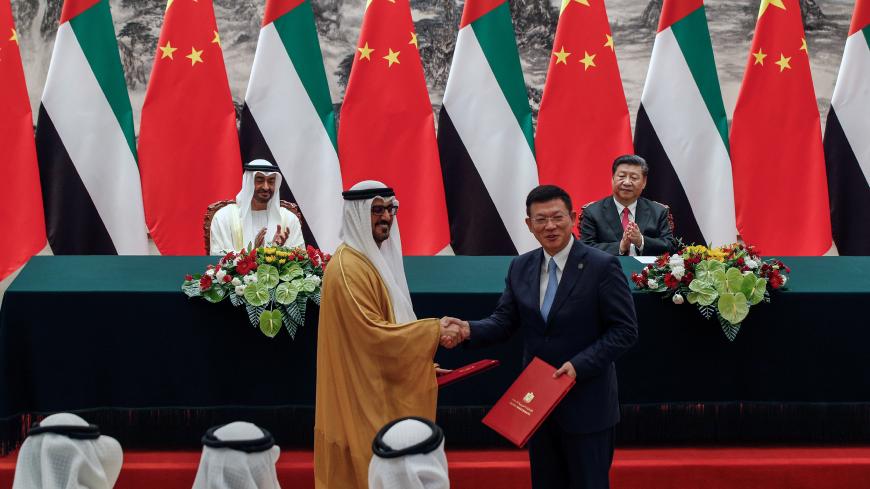 The United Arab Emirates is a leader in economic diversification across the Gulf Cooperation Council (GCC), but even the UAE is struggling to grow. The post-2014 lower oil-price environment continues to weigh down economic activity across the Gulf states. Tanker threats and tensions in the Persian Gulf may exacerbate already sluggish non-oil and private sector growth, making economic interests a motivating factor in possible Emirati de-escalation talks with Iran.

Oil is still king in the economies of the GCC states, and even its most diversified members take heed at a threat to their primary source of economic activity. There has been little silver lining to the increasing political risk in the Persian Gulf, as oil prices have been stubbornly low. Diversification efforts combined with fiscal reforms of reduced subsidies of fuel and electricity, new taxes and fees have failed to counterbalance the decline in oil revenues. The softer side of Gulf economies, non-oil GDP, is dependent on foreign investment, tourism and expatriate labor and is especially sensitive to political risk. The result is a stalemate in which diversification efforts lag and oil dependency deepens, but oil is even less reliable as a long-term economic growth strategy.

While oil prices have somewhat rebounded from a recent low point in December 2018 at $50 per barrel, “lower for longer” is the mantra, with prices not reaching above the $75 barrel range in 2019, despite significant regional political tension. Budget deficits continue to be the new normal across the GCC, averaging about 5% for 2019, with the same forecast for 2020, according to CEIC Data and HSBC research.

It has been good news then that Abu Dhabi’s real GDP grew 5.7% year-on-year in the first quarter of 2019, though all was due to the oil sector, according to research by EFG Hermes. The non-oil economy in Abu Dhabi, however, continues to contract. Weak job growth, lower foreign tourist arrivals and a slow hospitality sector have hit the emirate hard. While the slowdown in the property market in Dubai has attracted media and investor attention, the capital economy to the south is also weak and struggling to calibrate its foreign policy objectives with the realities of global oil markets and its stated goals of becoming a diversified economy.

The economic policy solution for the last four years for most of the Gulf states has been to draw upon international capital debt markets and enact fiscal stimulus — to borrow and keep spending. Abu Dhabi has been more cautious than neighbors Qatar and Saudi Arabia are in borrowing, issuing just one jumbo $10 billion bond in 2017. More recently, Abu Dhabi has relied on its state-owned entities to borrow independently of the government.

Gulf governments and their state-related entities, including sovereign wealth funds, are now major sources of emerging market debt. With its new federal debt law, the UAE is poised to be able to issue at the federal level, but has not yet. There have been few debt issuances at the emirate level, but more recently from government-related entities, as Mubadala issued a 10-year, $800 million bond in late 2018, and in May refinanced and expanded a 2016 $1.75 billion loan.

Economic diversification has increasingly meant an expansion of national oil companies into downstream products and partnerships with key energy product consumers. For the UAE and the Abu Dhabi National Oil Co. in particular, this has meant partnerships and co-investments with China. There is no Chinese miracle, however, as new political ties and co-investments do not necessarily translate into immediate benefits in tourism or private sector growth in Abu Dhabi. Tourist arrivals to Abu Dhabi from China peaked in the third quarter of 2017, with a near 90% year-on-year increase from 2016. There has since been a declining rate of growth, with negative growth in last quarter of 2018 and first quarter of 2019, according to the Abu Dhabi Department of Culture and Tourism and EFG Hermes.

Fiscal stimulus from Abu Dhabi has also been a bit slow, or at least more conservative, than outlays by neighboring Saudi Arabia. Abu Dhabi’s 21 Ghadan initiative is different from other Gulf stimulus measures in that it focuses more on shifting the business environment and creating incentives for investment, rather than providing capital direct from the state. While this is a commendable longer-term approach to change economic behavior rather than endure a cycle of government outlays, the short-term horizon looks difficult. Abu Dhabi investment spending is a fraction of what it was in 2012 when project awards neared $45 billion, while the 2019 investment spending  forecast from the MEED company is closer to $23 billion.

Abu Dhabi also has the weakest labor market across the Emirates. A series of mergers in state-owned entities in the finance sector has led to thousands of job losses. According to data by the UAE Central Bank and EFG Hermes, Abu Dhabi’s labor market is the weakest of the Emirates, with negative quarter-on-quarter changes in employment rates throughout 2018.

Economic diversification is beginning to look like a game of survival of the fittest in the GCC, as the strongest non-oil economies look to weather the current political tensions and a less reliable source of increasing government revenue in oil. For Abu Dhabi, tightened purse strings, doubling down on oil and energy investments and delayed diversification may be a survival strategy, but for the federation as a whole, the costs will be much higher.