Because of the way they are set up, GCC banks will have a hard time providing the funds that could help jump-start regional economies as the COVID-19 pandemic continues to take its toll. 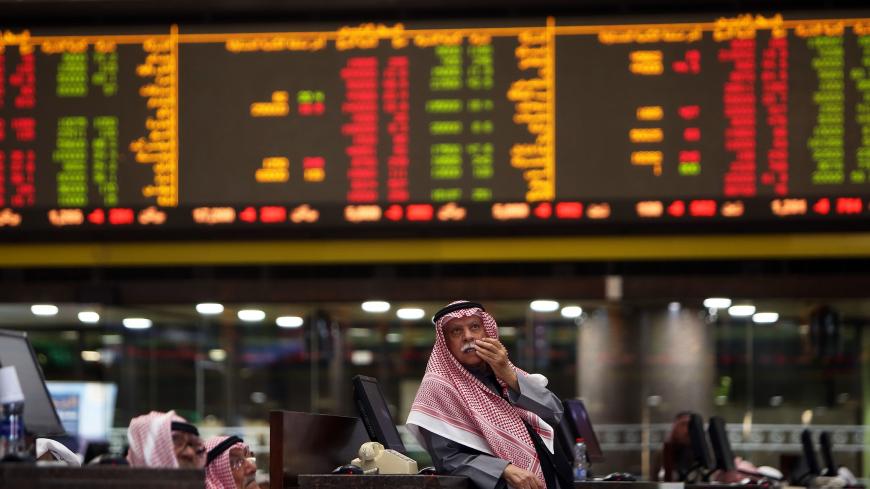 As the COVID-19 pandemic's economic damage continues, governments around the world are trying to intervene in the financial sector to stop the bleeding. Many governments are using their central banks to reduce the cost of borrowing by lowering interest rates, or to create stimulus packages that expand government loans to businesses or even direct cash transfers to workers as unemployment benefits or tax relief. Small businesses have been acutely affected by the pandemic as a result of crashed consumer demand as lockdowns continue globally, forcing billions of people to stay home and forgo travel for work or pleasure.

For the Gulf Cooperation Council (GCC) states, directing economic relief through the financial sector has some region-specific challenges. The state looms large over the financial sector in the Gulf, and this crisis is underscoring the limitation of GCC governments to spur organic growth in the private sector.

Direct cash transfers and income tax relief for citizens and residents are not real options in the GCC: There is not personal income tax to refund, and it is not in the long-term interests of Gulf governments to subsidize salaries of foreign workers. There have been some efforts to pay a portion of citizens' private sector salaries and extend grace periods for utility and retail rent payments. (Qatar has announced an $820 million fund from the Qatar National Development Bank to support citizen and foreign private sector worker salaries for the next three months, but this is the exception, not the norm.) There is already evidence that low-wage foreign workers face quarantine in labor camps, often without salaries, access to food and a means of safely social distancing in crowded cafeterias and shared restrooms.

In some ways, an over-reliance on banks to extend lending could lead to an add-on crisis yet to come. The bank sector in the GCC is especially vulnerable because the proportion of loans that local banks extend to the government or to government-related entities has been rising since 2009. According to HSBC analysts and data from central banks and the CEIC, loan claims, or outstanding loans, to the public sector across the GCC doubled from about 12% of claims to 25% of claims between 2009 and 2020.

Central banks in the GCC tend to follow interest rates set by the US Federal Reserve, as their currencies are tied to the US dollar. With interest rates now very low, there is less room for banks to earn a profit on lending. There is also the issue of exposure to nonperforming loans, particularly as already suffering real estate markets and contracting firms in the Gulf will come under increasing pressure. Hospitality and tourism sectors are also bound to need restructuring and help in meeting their debt obligations. A looming example of some bad loans on the books has come from the health care sector in the NMC scandal, which involved poor financial reporting and management.

As a mechanism to provide relief to the local economy, the central bank of the United Arab Emirates has extended a zero interest credit line to banks of $13.6 billion (50 billion Arab Emirates dirhams) and encouraged banks to increase their loan exposure to the real estate sector and loosen loan to deposit ratios for mortgages to encourage real estate buyers. But across the GCC there is a larger issue with private bank liquidity: substantial deposits in local banks are government money or state-owned assets. If governments need to draw down on their bank deposits as their revenues are hit by low oil prices, banks will find their ability to lend curtailed. Looking across the GCC, public sector deposits are more than 20% of bank deposits in Saudi Arabia, and more than 30% of total deposits in Qatar, according to research by HSBC. Because many banks are also partially owned by governments or members of ruling families, there is also a risk of moral hazard as competition for lending expands and governments may want to lean on local banks for support. The risk to the little guys becomes obvious, as prior to the COVID-19 crisis, lending to small and medium size enterprises across the GCC was low. Between just 5% to 7% of bank loans went to such enterprises in Kuwait, Saudi Arabia, the UAE and Oman, according to data from HSBC and IMF studies.

The banks can't save Gulf economies, and governments are ill-equipped to direct bailouts to firms when they have a clear interest in saving their own state-related entities first. The legacy of a state-centered economy and a reliance on oil revenues continue to hamper the region's ability to respond to financial crisis. Where the Gulf states do excel has been in controlling populations in social distancing measures and providing testing. While those powers may save lives now, they will do little to rebuild an already weakened private sector.