Iran may finally be ready to expand its non-petroleum exports, especially if there is progress in the nuclear talks. 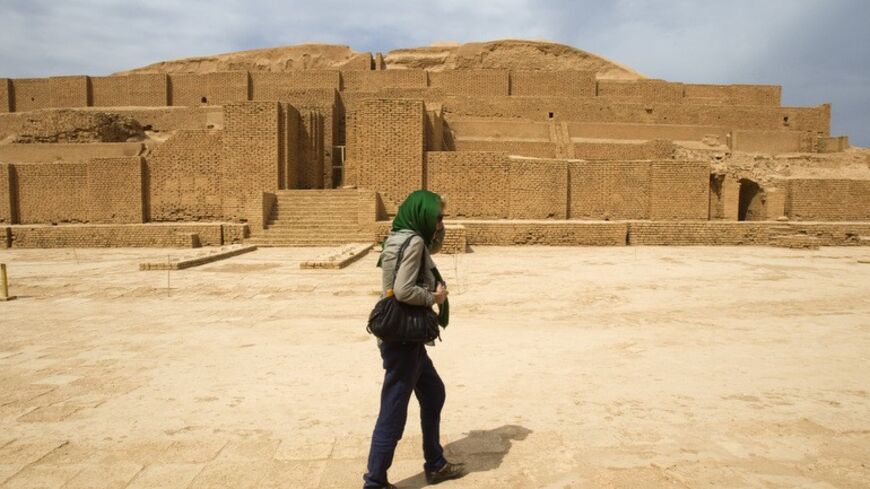 In the last few years, amid economic decline and hardships, one positive indicator has been the Iranian economy’s continuous trade surplus. Many expected the country’s export performance to collapse as a result of external sanctions. However, the sharp decline in crude oil exports was compensated for by the decline in imports and the modest growth in non-oil exports.

According to the March 2014 issue of Eqtessade Iran magazine (Iran Economics), the country’s trade surplus is projected to reach $40 billion in the Iranian year 1392 (that ended on March 20), up from $31 billion the previous year. Furthermore, growing exports will lead to a trade surplus of $62.5 billion in the new Iranian year 1393. In this picture, Iran’s non-oil exports — meaning all exports with the exception of crude oil and gas — will grow from $33 billion in 1392 to $37.7 billion in 1393. Based on the projections of Iran Economics magazine, non-oil exports will have a 11.5% share in the country’s nominal gross domestic product (GDP) in the new Iranian year. In 2009, non-oil exports represented a 7.2% share in the country’s GDP, only to fall as a result of sanctions and currency devaluation. The hardest hit non-oil export sectors were the petrochemical and automotive industries. Incidentally, the so-called plan of action agreed upon by Tehran and the P5+1 introduced a suspension of sanctions on the two mentioned sectors.

A growing trend can be detected in the export performance of Iranian companies, not just as a result of partial sanctions relief, but as a consequence of the change of government, a more confident business community and stability in exchange rates and export laws. Evidently, the country has a major competitive advantage in all industries that rely on gas, and related exports are on the rise. However, the exports in the service sector (especially the export of engineering services) are also growing. It is expected that Iran will export $7.1 billion in services in 1393, up from $6.2 billion the previous year.

Expanding non-oil exports has been one of the recurring objectives of Iranian governments in the past two decades. However, unleashing the true potential of Iran’s non-oil export potential would require major reforms that were outlined in Al-Monitor in October 2013. In this piece, we will look at the key sectors that have the potential to contribute more to the country’s export performance.

Tourism: One of the heavily underutilized sectors of the Iranian economy is tourism, a form of export of services. It is not a secret that Iran offers opportunities in this sector in all categories, be it for adventure, nature, cultural, educational and religious tours. Yet, the country lacks the needed infrastructure and the government needs to channel investments in the right direction to provide the basic infrastructure for the expansion of tourism. Oftentimes in Iran, investments are made in Tehran and other large cities but not in the provinces where the main tourist attractions can be found. Tour organizers are often left to their own devices to organize needed facilities, sometimes facing opposition from local and provincial authorities. As such, the government needs to announce a clear strategy and instruct all layers of national and local government to align with that strategy. The fact is, there are numerous private-sector entrepreneurs in this field who have mainly focused on outgoing tours. As soon as they feel the political, social and infrastructure realities are conducive to an advance in incoming tours, one will witness a major growth.

Handicrafts and carpets: Iranian rugs have traditionally been an important export item, though they are usually hit by market ups and downs. In general, Iranian carpets and handicrafts have a major potential for exports — if the relevant authorities develop the needed incentives and structures. Experts agree that handicraft producers would require a process of clustering for export activity. Industry insiders estimate that this sector alone can generate about $5 billion annually in export revenue.

The food sector: Iran has a very vibrant food industry, which has mainly supplied the growing needs of the domestic market. Iranian experts believe the food sector alone has the potential to achieve $5 billion in exports per annum. Incidentally, Iran’s agricultural and industrial food products can benefit from growing neighboring markets such as Iraq and Central Asia. This industry requires reasonable export policies, and most importantly, a logical foreign-exchange policy. In fact, this industry is most vulnerable to the inflationary trends in the Iranian economy. Therefore, the government will have to devise foreign-exchange policies that won’t undermine the export outlook for this industry.

Gas-based industries: As mentioned earlier, Iran’s gas potential generates diverse opportunities in this category. So far, main investments have taken place in petrochemical, cement and power generation sectors — all three representing growth potentials for export. However, there are signs that the next wave of investments will be in the steel industry, which will depend on large-scale investments and the attraction of foreign technology.

The Iranian government’s objective is to achieve $70 billion in non-oil exports in 1393. This objective is in line with the strategic goal of creating a non-oil trade balance — that is, non-oil exports covering the country’s import bill. However, the projections by Iran Economics magazine show that the country is far from achieving this goal in the current year. Notwithstanding, the potential to increase non-oil exports to significant levels is there, provided that the government understands priorities and starts working on key policy areas that are needed to facilitate exports. Clearly, an optimistic outlook for the expansion of non-oil exports will also depend on further sanctions relief, especially the lifting of banking sanctions, though exports to neighboring markets are less vulnerable to external sanctions.

The critical element in this process is the country’s business community that feels more confident as a regional, and in some cases, an international actor. Therefore, all in all, Iran’s export potential will be on the rise, even if the nuclear negotiations are prolonged, but the real potential will be realized in a sanctions-free environment in which the growing self-confidence of Iranian entrepreneurs and industrialists can lead to new levels of economic activity.