After nuclear negotiations, what’s next for Iran’s economy?

A nuclear deal with the West would mean a huge boost to sanctions-hobbled Iran, especially its petrochemical sector. 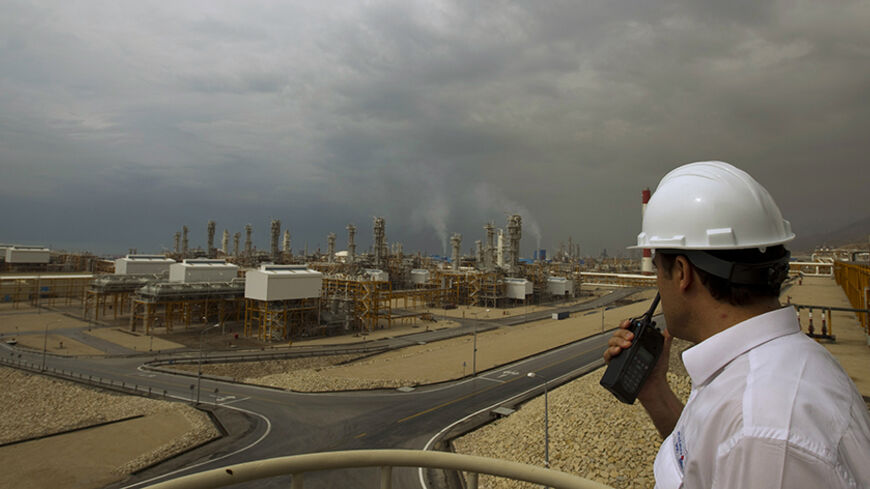 As the world is anticipating the conclusion of the nuclear negotiations between Iran and the five permanent members of the UN Security Council plus Germany (P5+1), analysts and businesses wonder how a potential lifting of the current sanctions will influence economic developments in Iran. There is no doubt that a gradual lifting of sanctions will pave the way for greater trade and investment ties between Iran and the rest of the world, especially the Western nations. However, what exactly can we expect beyond a comprehensive deal?

This analysis focuses on the economic developments and refrains from any scenario analysis on a political level, especially since there are major domestic, regional and foreign policy complexities in the political sphere.

The short-term effect of a positive outcome will be a huge psychological boost for key economic actors in Iran. It will generate a momentum in the Iranian economy and consolidate the growth path that the government of President Hassan Rouhani has set in motion, potentially leading to 5% economic growth in 2015. Furthermore, there will be a huge push for imports of Western goods and services, especially to fill the gaps that have been generated through past sanctions. Evidently, a huge push for imports will also require major solutions for trade financing, though the release of Iran’s own financial assets abroad will help finance the increased imports.

In the medium term (three to five years), there will be a new balance and Iran will gradually move toward importing raw materials and intermediary goods to boost its domestic production. At the same time, the growth of Iran’s domestic industry will boost the country’s export potential, which is part of the current administration’s export-led growth strategy. In such an environment, it could be expected that in the medium term, the country’s economy would grow at a 6-7% rate, especially as it continues to monetize its oil and gas potential.

In fact, one of the key beneficiaries of sanctions relief will be the Iranian petroleum sector. As soon as the relevant sanctions against Iranian crude exports are lifted, Iran will try to restore the old production capacity of 4 million barrels per day (mbpd) — up from the current 3.3 mbpd. This would mean that Iran could increase its crude exports by about 0.7 mbpd, which won’t have a dramatic effect on the overall crude oil market, especially considering that a number of other producing countries (such as Iraq and Libya) are facing major disruptions. Also, Iran’s gas production will grow marginally in the short term and the additional output would be dedicated to gas injections into oil fields to boost oil production. In the medium run, one can only expect a marginal growth in the country’s oil production due to the need for investment and technology. Even if sanctions are lifted efficiently and new investment and technology flows into the Iranian petroleum sector, a major growth in production can be expected by 2020. By then, the country would also invest considerably in downstream industries to become a major exporter of petroleum products. Consequently, the medium-term scenario for Iran’s crude oil exports won’t be much different from the current situation.

What will change in a positive scenario will be Iran’s potential to export petroleum products. Furthermore, the country’s gas sector will grow in significance. In contrast to the oil sector, experts expect a major growth in gas production and potential for exports in the medium term (due to existing projects that will come on stream by 2016). Most of the surplus gas will be exported to regional markets in pipelines or as electricity or in the form of gas-based commodities. However, it is important to realize that the conversion of gas to commodities such as steel, aluminum and petrochemicals will require further investment and technology, which will take a few years. However, there is no doubt that the growing potential of gas will create new opportunities in developing economically significant industries and export potentials. Essentially, availability of gas will become the basis for increased industrial output. Consequently, it is conceivable that by 2020 Iran will become the fifth-largest gas market in the world after the United States, the European Union, Russia and China. It is also important to understand that the growing emphasis on value-added in the petroleum sector (both oil and gas) will gradually make the Iranian economy more diverse and less dependent on crude oil export revenues.

The above picture also points to the outlook for non-petroleum exports in Iran. In a sanctions-free environment, a number of industries in Iran could flourish, especially those that rely on the availability of gas and energy. If appropriate investments are made, Iran could become a significant producer of steel and aluminum, similar to the position it has already achieved in cement production as the fourth largest producer in the world. The short-term impact of a nuclear deal on non-petroleum exports may actually be negative, as some of the current exports are conducted to generate hard currency needed for imports. If the current banking restrictions are removed as a consequence of a comprehensive nuclear deal, many Iranian traders will return to their original sphere of activity, i.e., imports. Nonetheless, the economy as a whole will adjust and in the medium to long term, there will be a growing emphasis on exports to utilize Iran’s enormous competitive advantages in natural and human resources as well as geography.

The key bottleneck in the above economic developments will be capital investments. Though the country will continue to generate a trade surplus (similar to the past few years), the need for new investments will be much higher than indigenous sources can provide. As such, Iran will have to compete with its peers for foreign direct investment by multinational companies. One advantage that Iran may have is the Iranian diaspora, which will be able to invest extensively in a sanctions-free environment.

It should be noted that none of the above developments would clash with the Decree on Resistance Economy, which can be considered the Islamic Republic’s blueprint for economic development. Nonetheless, while the Rouhani administration would like the above scenario to unfold, there are some power centers that would oppose the greater integration of Iran in the global economy. Focusing on those forces that may reject such an opening, external analysts point to the interests of the Islamic Revolutionary Guard Corps (IRGC). However, those analysts fail to recognize the transformation in the companies around the IRGC. Many of such companies are also becoming regionally active and they also understand that an opening of the Iranian economy will benefit their development, especially in export markets. The Rouhani government has also put an effort behind easing any tensions with the IRGC and its companies. In fact, in a Sept. 17 interview, the commander of the IRGC, Mohammad Ali Jafari, stated, “At the moment, there is good cooperation and interaction between [the IRGC] and the administration.”

Beyond IRGC companies, it is also conceivable that shady business circles that have benefited from sanctions would push against the country’s opening. But their ability to impede the development at this stage is rather limited, though they will continue to make noise.

It is evident that major political, regional, financial, legal and economic factors will have to align for Iran to achieve its real economic potential. A comprehensive nuclear deal will be a first step in this direction, and there will be many irritants on the way. However, in a region that is going through so much turmoil, it will be in everyone’s interest to see an economically developed Iran that could help stabilize a complex but very important region.