How the nuclear deal will help Iran's economy

While a comprehensive nuclear deal is not yet final, the psychological boost of the famework deal and prospects of an end to sanctions are already placing Iran in a better position to materialize its economic potential. 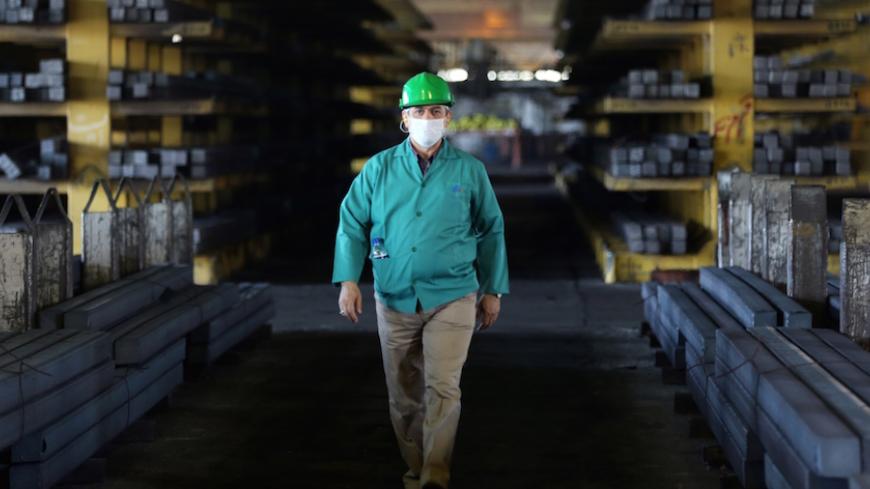 An old Iranian proverb that has been borrowed from the poet Sheikh Bahai reads, “A good year can be recognized through its spring time.” Well, emotionally, the Iranian New Year started with a major boost, when it was announced April 2 that Iran and six world powers had identified solutions that could provide the basis for a comprehensive nuclear agreement. Street celebrations and a hero’s welcome extended to the nuclear negotiating team were all expressions of the positive psychological impact of the announcement. Furthermore, the Iranian rial strengthened in trading on April 4 (the first full working day after the New Year holidays), indicating a more optimistic outlook for the country’s business community.

Of course, the comprehensive deal is not final yet and both sides have agreed to negotiate the details of a final deal in the next few months with the hopes that a comprehensive agreement can be achieved by June 30. Below I will examine the outlook for some of the economic indicators based on the assumption that the two sides will manage to agree on a comprehensive deal that will lead to the lifting of the key economic and financial sanctions by the end of 2015. I believe that the bottleneck of sequencing of steps and the pace of sanctions relief can be resolved through commitments from both sides within a UN Security Council resolution. Evidently, one can also think of more pessimistic outcomes, but the regional situation is too fluid to contemplate all possible scenarios. Focusing on one will allow us to understand the economic dynamics of a potential comprehensive agreement.

The first reaction to the declaration of Lausanne was a strengthening of the rial. Nonetheless, the rate bounced back to its previous level of 33,000 rials to the dollar. In parallel, the official forex chamber rate has consolidated around 28,000 rials to the dollar. Some experts are proposing that the Central Bank should use the potentially freed up hard currency to fortify the rial. However, the strengthening of the rial will present a challenge to Iranian exporters, who would have to absorb the 15% annual inflation and an appreciation of the local currency. Therefore, one can expect a push from the growing export community in Iran to develop a policy that would not undermine the export potential. It is therefore plausible that after the finalization of a comprehensive deal, both these rates would gravitate toward 32,000 rials, paving the way for a single exchange rate by the end of 2015.

Containing the inflationary pressures and reducing the rate from 42% in August 2013 to about 15% in March 2015 has been one of the major achievements of the Rouhani government. The administration’s target is to reduce inflation to single-digit figures. This would only be feasible if the government can absorb the inflationary impacts of a comprehensive deal. In fact, experts expect a boom in the housing sector that may push up housing prices and hence inflation. Furthermore, the administration will have no choice but to implement the third and final phase of the subsidy reforms that would increase fuel prices. Consequently, it is more accurate to expect an annual inflation rate of about 15% in 2015, despite official efforts to reduce this indicator. It should also be noted that Iran has not witnessed single-digit inflation since 1989.

Ever since Rouhani took office in August 2013, he has maintained that tackling unemployment would be one of his top priorities. Though the current administration has managed to reduce seasonal fluctuations in unemployment, the overall unemployment rate has remained around 10%. Nonetheless, a comprehensive deal will generate a boost in new economic activity, especially through new investments by domestic and foreign private sector companies. In some sectors, the expectation of greater economic activity is already leading to job creation. For example, Iranian media outlets have reported an increase in employment of new staff by domestic Iranian banks. This phenomenon indicates that key businesses expect a rapid growth in economic and financial activity. Clearly, after the lifting of sanctions, both external and internal transactions will increase, which will create new jobs and opportunities on many levels. Furthermore, Iranian officials expect that the planned promotion of tourism will generate new employment opportunities across the board. Consequently, a comprehensive deal will improve the employment situation and will reduce some of the negative socio-economic phenomena in this regard.

Iran’s trade with the world

In the past Iranian year, the non-crude oil trade surpassed $102 billion with some $49 billion in non-crude oil exports. Adding about $50 billion in crude exports, the country has achieved about $152 billion in foreign trade. There is no doubt that foreign trade will grow significantly after the lifting of sanctions. On the one side, Iranian importers will look forward to importing needed goods, machinery and services directly and without legal and financial hassles, and on the other side, the country’s exporters would be able to look to new markets and opportunities. The overall import volume (about $60 billion) may not increase dramatically because some of the additional cost (which was related to sanctions) would be eliminated in a sanctions-free environment. However, Iranian exports will rise and will further consolidate the country’s economic future.

Even though Iranian officials believe that the country can increase production and exports by 1 million barrels per day (bpd) after the lifting of sanctions, it won’t happen too quickly. Experts believe that Iran can rehabilitate about 400,000 bpd of production relatively quickly, but will require new investments for additional capacity. The fact is that production declined through a controlled reduction of gas injections into selected oil fields and that process can be reversed efficiently. However, depleted production capacity will require new processes. Nonetheless, Iran can increase its actual exports very quickly by using the 30 million barrels of oil that it has stored over the past two years. Therefore, it is realistic to anticipate a growth in Iranian crude exports by about 500,000 bpd as soon as the legal barriers have been removed. Incidentally, this quantity won’t shake the international crude prices, but will increase Iran’s hard currency revenues.

Gas production will benefit from the availability of new technology and equipment from Western companies. Iran has managed to increase gas production despite the sanctions regime, but a lifting of sanctions will accelerate the production increase. Higher gas production, parallel to attempts to increase energy efficiency, will create future potential for gas exports as well as investments in gas-based industries.

While politicians are debating whether sanctions will be lifted at once or in stages, the psychological boost generated by a comprehensive deal will be enough to create a significant economic momentum. The practical limitations created by sanctions will be among other existing shortcomings in doing business in Iran. The fact is that Iran will be in a better position to materialize its economic potential.

Incidentally, even without a comprehensive deal, most of the above trends will emerge, though at a slower pace. Some experts believe that only 20% of the country’s economic problems are related to sanctions and that other issues such as better management, improved infrastructure, increased energy efficiency and modern banking solutions would help Iran resolve some of its economic bottlenecks, even without a comprehensive agreement. However, a nuclear deal will accelerate the economic development in the country.