The Iranian rial has lost 10% of its value since mid-March. 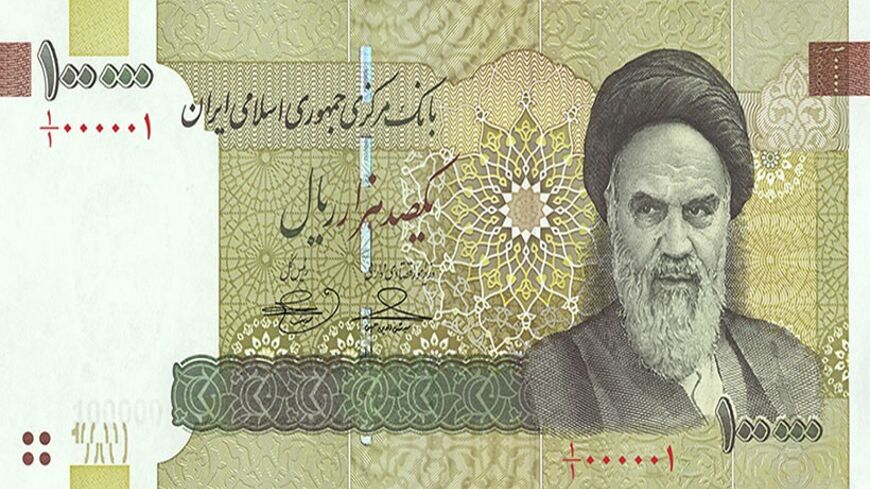 When analyzing economic trends, the free market exchange rate of the Iranian rial is viewed as an indicator of the general business confidence in the country. Reviewing the initial effect of President Hassan Rouhani’s election on the rate in 2013, one can feel the overall positive impact that the new government had on the business climate. Indeed, in April 2013, the rate stood at about 35,000 rials to the dollar and then rose to a peak of about 39,000 before the June 2013 elections, but fell to 29,700 in January 2014. However, the fact that the rial has lost about 10% of its value (it's now trading at about 33,000 to the dollar) since the beginning of the current Iranian year (March 21, 2014) is not a positive sign for a government that pledged to stabilize the country’s economy.

Undoubtedly, there are many plausible reasons for the exchange-rate development. The country’s continued inflationary environment, with an annual inflation of about 30%, is a key factor. Businesses and other economic stakeholders know that the exchange rate cannot remain unchanged under such conditions. Furthermore, the introduction of the second phase of subsidy reforms in April 2014 and the consequent increase in fuel prices generated additional anxiety, which always leads to hedging behavior that focuses on buying gold or hard currency. In addition, the lack of progress in the nuclear negotiations may have compelled some economic players to be concerned about the country’s future economic direction. Parallel to the above developments, the Central Bank of Iran (CBI) caused some irritation in the banking sector by introducing caps on bank interest rates for savings accounts and bonds (dubbed “participation certificates”). Experts understand that the CBI and the government are trying to contain the inflationary impact of bank interest, but for the average citizen, there is no incentive to earn about 20% on its savings in an economy where inflation is closer to 30%. Another factor connected to the previous developments was the relative decline in the Tehran Stock Exchange index, which always shifts investors to other speculative investments, including hard currency.

In early May, amid the unstable currency rates, Mohammad Nobakht, vice president for planning and strategic control, predicted that the exchange rate of the rial would stabilize and fall close to 26,500 rials to the dollar. He seemed to suggest that the government will aim to unify the existing two rates and achieve 26,500. The official rate, which is also referred to as the forex chamber rate, stands at 25,000 rials to the dollar. However, to achieve such appreciation by the rial on the free market, the government would have to actively intervene by injecting hard currency into the market. In fact, for years (2006-2012) the CBI under the Mahmoud Ahmadinejad government maintained an artificial exchange rate (of about 10,000 rials to the dollar) by injecting large sums of hard currency into the market. That rate collapsed when sanctions limited the possibility of keeping up that level of injection. That collapse presented an opportunity to establish a more realistic value for the Iranian rial, which, based on expert analyses, is closer to 30,000.

However, the government and CBI continue to focus on a rate around 26,500. CBI Gov. Valiollah Seif stated in a recent interview that he believed that the fundamental trends in the Iranian economy are stable, especially the country’s overall trade performance, such as achieving a non-crude oil trade balance. Though the growth of non-oil exports is a significant factor, its continued growth will also depend on a logical exchange rate. As such, the CBI will need to understand the diverse dynamics at play.

Interestingly, the forex chamber rate is in essence also closer to 30,000 because all traders who wish to use it have to prepay for the purchase of the hard currency. As such, economic experts believe that the free market exchange rate will consolidate at 30,000 to 32,000 against the dollar. Nonetheless, Seif believes that the free market rate would drop further and approach the forex chamber rate once “the speculative element has been taken out of the market,” according to a Jan. 4 Donyaye Eqtessad article.

One of the things that Seif and Nobakht may be considering in their projections is the future impact of the eventual release of Iran’s holdings in foreign banks. In fact, Iran has about $100 billion in hard currency holdings that have been blocked in international financial institutions due to the existing banking sanctions. It is conceivable that these holdings would be released gradually once a comprehensive nuclear deal is signed and implemented. It can be expected that a managed reinjection of those holdings into the Iranian economy would lead to the appreciation of the national currency. However, it is still unclear how quickly a comprehensive deal would be implemented. Furthermore, a repatriation of huge hard currency sums will also have inflationary impacts that need to be contained.

Overall, as Seif and other government officials have commented, it will be more important to achieve a degree of stability than to insist on a high value for the rial. The biggest mistake that the government could make now is to return to sustaining an exchange rate that would only be upheld through hard currency injections by the CBI. Evidently, relative stability in the exchange rates will help Iranian industry regain its confidence and boost the local economy. In addition, the unification of exchange rates will remove the potential for corruption that has existed due to the existing differences. The Iranian economy will adjust to a new value as long as it can rely on a certain degree of stability. As such, the government and CBI should focus on creating a stable environment for a unified exchange rate instead of insisting on a rial value that may not be able to sustain itself without continuous CBI intervention.