With the expected lifting of economic sanctions against Iran, the government will need to formulate a set of policies to protect local industry while also taking into account the return of foreign businesses. 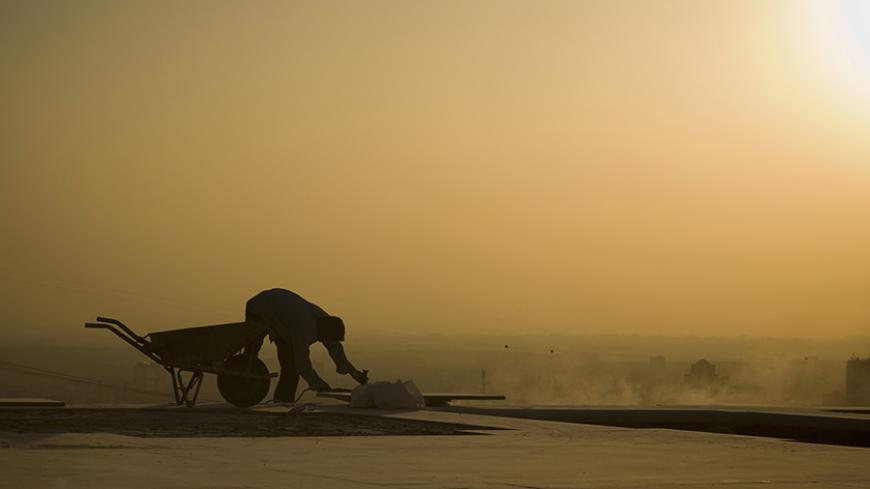 The sun sets as a laborer works on the grounds of Tehran's Milad Tower, Oct. 19, 2010. - REUTERS/Caren Firouz

The speculation is over. Iran and the world powers have reached a deal on Iran's nuclear program that could potentially remove the main sanctions against Iran by early 2016, allowing it to normalize trade, financial and investment relations with other countries. Although Iranian-US trade relations will not be sanctions-free in the foreseeable future, the situation could feasibly return to the one in the 1990s and the early 2000s with limitations on US companies doing business in Iran, but relatively open business relations with the rest of the world. As an integral part of the deal announced July 14 in Vienna, Washington will lift the secondary sanctions on companies in third countries doing business in Iran. The deal also addresses the situation of subsidiaries of US companies, paving the way for the engagement of subsidiaries with non-US-majority shareholding.

There is no doubt that post-sanctions developments will lead to a positive economic outlook in Iran. Despite the positive developments, unemployment will remain a major challenge for the Iranian government, so dedicated efforts must be made to create jobs and generate economic momentum. Although a number of nuances and legal processes will shape the new relationship between international companies and Iran, the Iranian economy nonetheless faces a new, unprecedented situation: Iran has invested heavily in industrial capacity to compensate for the gaps created by the sanctions, but post sanctions, these industries will have to operate in a completely different environment. On the one hand, their interactions with international trading partners will be free of previous limitations, but on the other hand, they will face international competition in Iran.

When trying to gauge the government's actions in the aftermath of the nuclear deal, it is important to understand that the top leadership remains committed to the “resistance economy.” This concept focuses on domestic capacity building and investment in the infrastructure needed to promote domestic industries, especially those with export potential. This means that investments in infrastructure as well as empowerment of domestic industry will likely be top government priorities.

Some domestic players are concerned about the anticipated opening of the Iranian market. Yahya Ale-Eshagh, a powerful businessman and former head of the Tehran Chamber of Commerce, opined well prior to the nuclear deal, “Post sanctions, domestic production will have to be managed in a way that it remains competitive. It is clear that there will be a rush on the market due to the needs, pricing and competitive environment, and if that rush is not controlled, it will harm the domestic industry.”

His remarks reflect a sense of vulnerability that the government will have to take into account. Nonetheless, while a large number of Iranian enterprises have not experienced open competition in the Iranian market, they appreciate that the growing presence of international companies stands to help domestic producers improve quality and become more international. Furthermore, the lifting of sanctions will reduce transaction costs for imports, as trading and banking routes will be direct, rather than through third countries.

All in all, the opening of the Iranian market that could follow the lifting of sanctions will produce opportunities as well as threats for Iranian industry. Considering that unemployment has been President Hassan Rouhani’s main priority, and that a negative impact on domestic industry will affect the job market, the government needs to develop a set of policies to protect local industry while also allowing international businesses to re-enter the vast Iranian market. The cornerstones of such a strategy could include the following.


As can be seen, the lifting of sanctions will present the Iranian government with a number of challenges that need to be managed. The good news is that there is a capable team of experts in place to address them. The government, however, should be careful not to allow itself to become overwhelmed by the diversity of tasks and challenges. Furthermore, all of the above strategies can only be effective if the necessary economic, legal and structural reforms are also introduced and implemented accordingly.