Despite media reports to the contrary, Iran's government has reduced its economic vulnerability to falling oil prices. 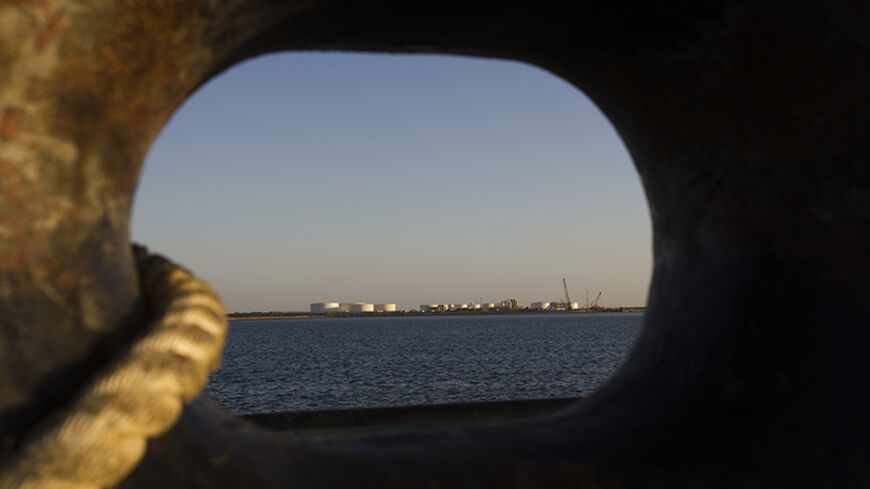 The decline of international crude oil prices has led to speculation about the financial position of the Iranian government. However, a closer look at government finances and overall trade and economic realities underlines that Iran’s vulnerability to oil price fluctuations is reduced enormously.

Some international observers and news media (including CNN) have been repeating a myth stating that Iran needed an oil price of $140 per barrel to balance its budget. Where such figures come from remains a mystery to the author.

Here are some key facts: The current government budget had been based on an average crude export price of $100 per barrel and a daily export of 1 million barrels of crude oil. That translates into a budgeted crude export revenue of $36 billion for the year ending March 20, 2015. In addition, the budget included the export of 297,000 barrels per day of gas condensate as well as the sale of gas to domestic petrochemical units. The total budgeted hard currency revenue for the government had been projected as $51.5 billion with $7.5 billion going to the National Iranian Oil Co. (NIOC) and the rest to the government (20% of that revenue flowing to the National Development Fund, or NDF, and the rest to the treasury). However, before the recent fall of the international oil price, Tehran was selling its crude at an average price of $105-$110.

Furthermore, according to Mansour Moazzemi, deputy petroleum minister, crude exports in the first six months of the Iranian year (March 21-Sept. 22, 2014) were on average 5% higher than the budgeted export quantity. In other words, in the first six months of the current budget cycle, Iran has earned slightly over $20 billion in crude revenues. If the country continues to export 1.05 million barrels of crude per day (mbpd) at an average price of $80 per barrel, it would generate an additional $15 billion in the second half of the Iranian year. The dynamics are similar in the budgeted revenue emerging from the export of condensates. In reality, more condensate has been exported than planned so that there would be a marginal impact of the overall hard currency revenues in the budget.

Simply put, if the oil price consolidates itself at around $80 per barrel, the Iranian government will face a shortfall of about $1 billion to $2 billion compared to the original budget plan, i.e., less than 2% of total planned government revenues in the current year. This view has been confirmed by various Iranian experts and decision-makers. For example, parliamentarian and member of the Majles economy commission, Abbasali Noora, has opined that the government would not face a budget deficit, even if crude prices consolidated around $85.

Even if oil prices drop further and Iran faces a greater shortfall, the government can always access the NDF that has been set up to assist the economy by extending loans to address investment needs in the country’s economy. The latest available statistics about the overall NDF funds are from June 2014, stating that the fund’s resources exceed $62 billion.

Despite the manageable impact of the current crude price on the Iranian economy, there will be medium-term negative impacts that the government needs to manage. There is already talk about next year’s budget plan being based on a crude price of $75 per barrel. If export quantities don’t change, this would mean a 25% decline in hard currency revenues. However, the government is hoping to make up for the loss caused by the lower price through increased production. In fact, if Iran and the five permanent UN Security Council members and Germany (P5+1) sign a comprehensive nuclear deal, Iran could increase its crude exports to a level that would compensate for the price fall.

Currently, Iran produces about 3.5 mbpd of crude and condensate per day and NIOC plans to increase the country’s liquid production to 4.3 mbpd by next year. However, the lifting of the current sanctions would be an important prerequisite for Iran achieving higher revenue from the sale of crude oil.

If an increase in crude sales does not materialize, the government can also compensate some of the loss in revenue through increased natural gas exports. According to Moazzemi the country’s natural gas production had increased by 60 million cubic meters (mcm) since March 2014 and this trend would continue, providing the opportunity of increasing natural gas exports. For the time being, regional buyers such as Turkey, Iraq and Oman are interested in importing Iranian gas and in the short to medium term, increased gas exports would fill some of the revenue gap.

All in all, it is valid to argue that the oil price fall will be a manageable challenge to the Iranian government both in the short and also in the medium term. No doubt that Iran will try to get the backing of OPEC members to increase the price, but it will not suffer enormously, if the price remains at the $80 level.

Looking beyond the impact of the oil price fall on the government finances, it is also important to look at the other consequences of the lower price. The most important consequences include: