Iran’s plan to develop an alternative channel to monetize its oil through a local energy exchange faces many obstacles but holds real potential of boosting domestic capacities. 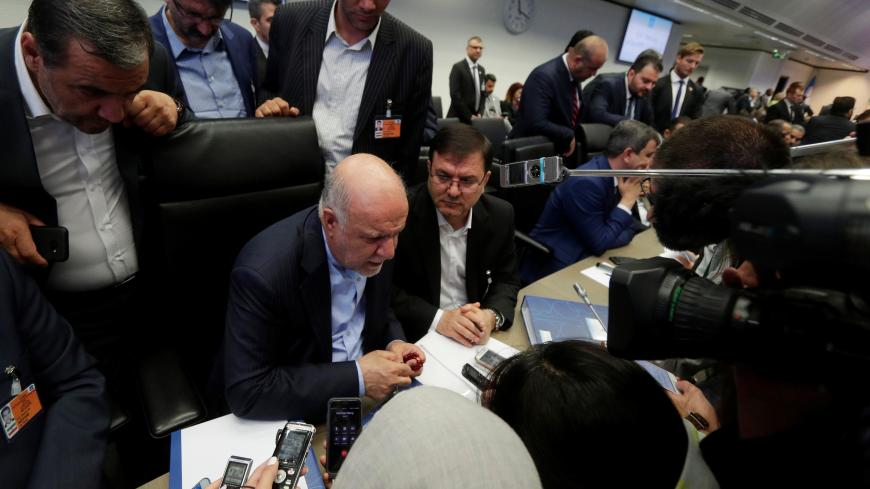 US secondary sanctions to limit Iran’s oil and petroleum products exports went into effect Nov. 5. However, the threat of sanctions had already reduced the actual volume of exports in the past months to an extent that Iran’s crude oil and gas liquids exports had fallen from their peak of 2.7 million barrels per day (mbpd) in May to some 2.2 mbpd in October. While the United States has retreated from its original goal of reducing Iran’s oil exports to zero by issuing some waivers to countries importing Iranian oil, it is clear that Iran won’t manage to return to its peak level of exports as long as US sanctions remain in place.

In order to develop alternative channels for monetizing Iran’s oil, Iranian authorities have activated an old plan to market some of their export potential through the Iran Energy Exchange (IRENEX) which was established in 2012 as a regulated exchange for trading of energy-related products and securities. Up until last week, IRENEX had mainly been an exchange for the trading of petroleum and petrochemical products (not crude oil), gas liquids and electricity. The initial plan to market crude oil through IRENEX had emerged during the last phase of harsh external sanctions on Iran from 2011 to 2013, but it did not materialize due to the controversies related to such deals being a channel to offer rent to selected networks and a platform for corruption.

Nonetheless, after long debates, the National Iranian Oil Company (NIOC) offered on Oct. 28 its first consignment of crude oil on IRENEX. The actual utilization of IRENEX for trading in crude oil emerged after the government insisted that only private sector entities would be allowed as buyers. The question is whether this new channel will lead to a positive dynamism in terms of opportunities for the country’s private sector as well as its impact on increased oil exports out of the country.

When one looks at the prerequisites of the NIOC in engaging private sector buyers of its crude over IRENEX, it becomes clear that the list is a nonstarter. One key prerequisite is that the buyer either owns a refinery or has a direct contract with a refinery to process the oil. As current US sanctions target buyers of Iranian oil, how can one expect that some refineries would engage the country’s private sector as opposed to the NIOC itself? The only justifiable reason could be price, but it is more likely that the NIOC would itself offer a lower price to its direct buyers rather than go through the more complicated process of selling via the mentioned exchange.

So far, the plan has experienced a slow start. In fact, of the first 1 million barrels offered by the NIOC on day one of trading, only 280,000 barrels were purchased. This fact indicates that the economic players were not fully equipped to engage in this new opportunity. Lack of transparency about the buyers of crude on IRENEX complicates any attempts to identify whether the real private sector is engaged in these contracts or whether semi-state entities are benefiting from this opportunity. After public opinion pressure, the authorities only introduced the three brokerage firms that processed the transactions and did not disclose which entities were behind the orders. To underline the upside, one should consider that the NIOC had offered its crude at a starting price of $79.10 but sold the mentioned volume at $74.85 a barrel.

Another incentive in the process is the fact that the NIOC only requires a 20% down payment in rial to book a trade. In other words, Iranian and foreign intermediaries that may purchase crude on IRENEX will be able to secure their commodity, sell it on the international market and then pay the bulk of the price to the NIOC or its brokers. At the same time, the average private sector company in the country may not be in a position to afford the 20% down payment — especially considering the limitations of the private sector to access banking facilities for such transactions.

From the NIOC’s perspective, the lower price is not an issue — especially as a number of discounts have been planned to incentivize buyers of Iranian crude in light of US sanctions. Also, the fact that there will effectively be a delayed payment does not cause a problem, as such payment terms can also be arranged with other buyers of Iranian oil. The real risk to the NIOC and Iranian authorities will be corrupt deals the way they took place during the last phase of harsh sanctions on Iran’s oil exports. In fact, one key accusation against imprisoned businessman Babak Zanjani is based on the fact that he owed the NIOC $2.7 billion for oil that he had received and not paid for. An additional layer of corruption may creep in on the foreign end of the transaction, i.e., an international trade being behind the Iranian buyer on the exchange, despite all protocols to make sure that actual refinery owners will buy the commodity.

This mentioned experience explains the hesitation of the Ministry of Petroleum to pave the way for similar corrupt dealings. In fact, Petroleum Minister Bijan Namdar Zanganeh was opposed to operationalizing crude oil transactions on IRENEX as early as the end of October. He had opined that many ambiguities had to be ironed out and that the process may take at least six more months.

As such, the trading of crude oil on IRENEX is squeezed by a hesitant Ministry of Petroleum and an Iranian private sector that will face difficulties to fulfill the prerequisites, mobilize the needed funds and manage the international transactions. On the other side, the plan is promoted by a long host of semi-state entities that are financially and operationally in a position to engage in such trades.

Nonetheless, there is potential to use the new facility to boost the Iranian economy at the current juncture. Some useful ideas have been presented by Mohammadreza Pourebrahimi, head of the economic commission in the Iranian parliament. In a letter to the petroleum minister published Oct. 29, Pourebrahimi proposed six steps to utilize IRENEX more efficiently. His suggestions included the drafting of a timeline on what volumes would be offered through IRENEX, empowerment of domestic petrochemical plants and refineries to purchase the commodity on the exchange, the introduction of new investment tools such as futures and options, and others.

In fact, from a macroeconomic perspective, the best utility of IRENEX would be to boost domestic capacities. The economy as a whole and also the Ministry of Petroleum would benefit from allowing domestic refineries and petrochemical plants to work on increasing their efficiency, then utilizing the energy exchange to purchase additional crude and gas liquids to boost their production and exports. This would only materialize if these entities are allowed to maintain their excess hard currency income from their exports.

It remains to be seen how this new chapter in Iran will evolve, but no matter how IRENEX will be utilized, the first rule will have to be transparency about the transactions. Unfortunately, as long as there is no transparency on the crude oil deals, there will be rent-seeking, embezzlements and corrupt dealings. This will, in turn, undermine the Iranian economy and not be of help to the country in undoing the damage done by US sanctions.