Iran’s newfound focus on oil swaps with its northern neighbors could provide strong mutual benefits at an opportune point in time. 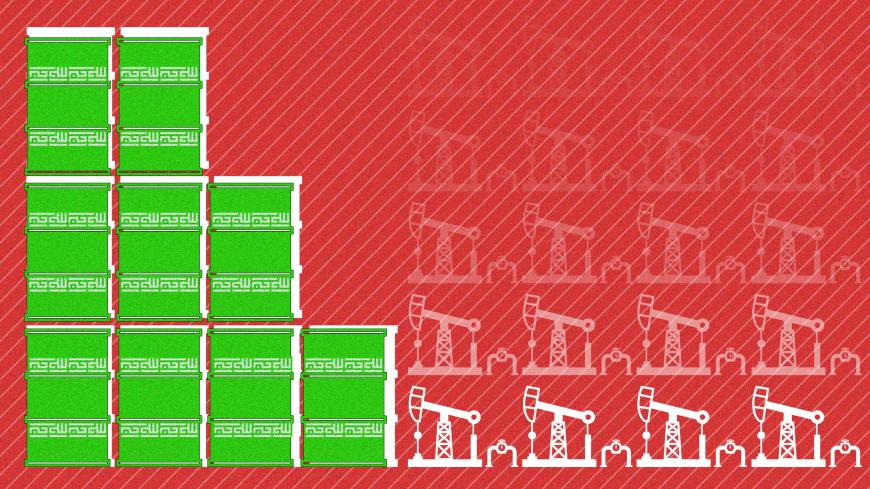 On Aug. 18, Iranian officials announced that they had now put in place the infrastructure to swap up to 500,000 barrels per day (bpd) of crude oil with its Caspian neighbors. Under these agreements, Iran would receive crude oil from Caspian producers at the northern port of Neka, feed that crude to northern refineries and then allocate crude oil from southern terminals to international clients designated by the Caspian producers.

Prior to 2010, Naftiran Intertrade Company (NICO), a subsidiary of the National Iranian Oil Company (NIOC), oversaw this practice. In 2010, Tehran stopped the swap arrangement, arguing that the $1 a barrel fee charged had to be increased and based on the international crude oil price. Tehran realized that the Caspian producers’ alternative route would be to use the Baku-Tbilisi-Ceyhan pipeline at a much higher cost.

In 2012, NICO tried to revive the old swap deals. In the interim, however, the Iranian petroleum sector had been subject to EU and US sanctions, including NICO being put on a US blacklist, meaning that any direct trade, even by non-US companies, with NICO would lead to US penalties being assessed.

Following implementation of the nuclear deal between Iran and the six world powers in January 2016, Iran’s Ministry of Petroleum indicated its interest in reviving the old swap arrangements. In fact, the infrastructure for a return to swap deals is fully in place. Iran has two crude pipelines running from the port of Neka to the refinery in Ray, south of Tehran. The combined capacity of these pipelines was originally 150,000 bpd, but has now been increased to 500,000 bpd. Using Caspian oil in northern refineries apparently helps Iran save on transportation costs for its own crude from southern provinces to the north.

One reason why Iran is interested in resuming the swap deals is that the Tehran refinery had actually been revamped to take Caspian-quality crude. During 2012 and 2016, when Iran’s export potential was limited due to sanctions, NIOC could deliver excess crude to this refinery, but now that sanctions have been lifted, it makes more sense to export Iranian crude from the south and use Caspian crude as feed for the Tehran refinery.

Incidentally, in addition to the traditional crude swap deals, NIOC has also become interested in swap deals involving petroleum products. In fact, in June 2015, the first gasoline swap operation was conducted with gasoline cargo imported from Turkmenistan to the Anzali port in exchange for exporting the equivalent amount of other petroleum products (including fuel oil) from Iran's southern ports. It was the first swap deal in petroleum products since 2000.

While these agreements seem like a win-win scenario for all parties, there are also bottlenecks. One of them is the transit fee that Iran wants to charge, especially considering that the original deal collapsed in 2010 due to its asking for higher fees. Also, as suggested above, the quality of crude received from Caspian producers must match the needs of Iran’s northern refineries. In the past few years, Iran has revamped its refineries and tried to optimize consumption in its existing refineries. Some past consumption patterns may have changed.

At the same time, NIOC officials have been indicating that new swap contracts with Caspian states would be based on the participation of private sector companies. In other words, NIOC or one of its subsidiaries would sign a contract with an Iranian prime contractor and then ask the prime contractor to engage in actual negotiations with Caspian producers.

The logic behind this move is to spare NIOC’s legal team from having to negotiate swap deals, as they will be needed for negotiating major investment projects with international oil companies. Furthermore, NIOC can claim that it is empowering the private sector.

Depending on which companies are designated as prime contractors could make the actual negotiation of a swap deal (between a foreign company and a private Iranian company) more feasible, but the final implementation of the swap deal will depend on NIOC itself. If the prime contractor is affiliated with or is a semi-state institution, however, especially, for example, the Islamic Revolutionary Guard Corps, it could create problems related to sanctions against blacklisted companies. If this happens, which should be considered a possibility, it would make reaching a direct agreement almost impossible.

The key issue in new swap deals based on the above model will be the anticipated process of decision-making similar to that which has delayed decisions on so many other projects in the petroleum sector. The checks and balances designed to prevent corruption delay final decisions to an extent that potential foreign partners may give up on an actual opportunity.

Nonetheless, now that NIOC and the Ministry of Petroleum have regained their post-sanctions balance between production, consumption and exports, one can anticipate a growing trend in swap deals with Caspian states becoming part of Iran's strategy, although Tehran will be more interested in swaps that also involve gasoline imports for Iran and petroleum products exported by it.

All in all, an increase in diverse swap deals would allow Iran to more proactively engage its Caspian neighbors and also improve the overall efficiency of its energy sector. Such deals can also help the land-locked Central Asian states find a new outlet for their oil and petroleum-product exports.