Iran-India energy ties may take off

If the P5+1 and Iran agree on a nuclear accord, India’s energy sector stands to benefit. 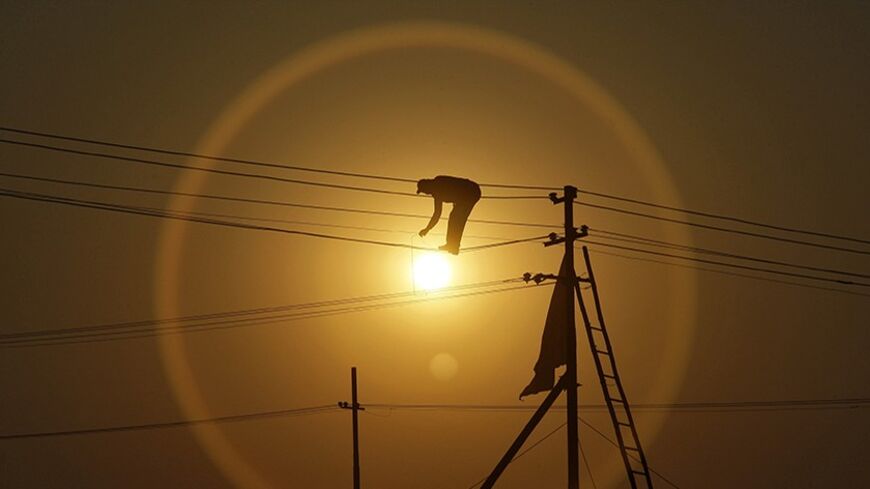 An employee from the electricity board works on newly installed overhead power cables as the sun sets in the northern Indian city of Allahabad, Dec. 7, 2012. - REUTERS/Jitendra Prakash 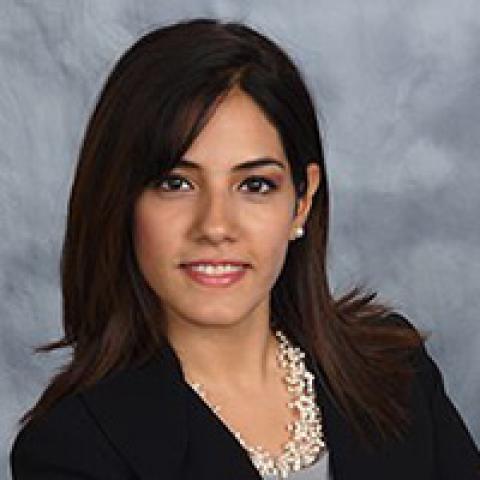 Iranian Foreign Minister Mohammad Javad Zarif traveled to New Delhi recently to revive ties with India and unravel issues that have constrained Indo-Iranian relationships. Zarif noted on Feb. 28, "The two countries are intent on minimizing wrongdoings and overcoming interferences." His two-day visit covered various regional and international issues, including developments in Afghanistan, combating extremism and, above all, increasing economic ties and crude oil exports to India.

Following the Geneva interim deal on Nov. 24, 2013, and the partial ease of sanctions against Iran, India’s oil secretary, Vivek Rae, announced that India is ready to pay $1.5 billion to Iran for its oil imports. According to Iranian officials, India owes Tehran nearly $5.3 billion for its oil imports. Under the Geneva agreement, the P5+1 agreed to provide Iran some sanctions relief, including access to $4.2 billion of its frozen oil revenue. The funds are going to be paid in eight transfers, beginning with an already transferred $550 million installment by Japan on Feb. 1, 2014.

Indian and Iranian officials have regularly emphasized shared historical and cultural ties. However, over the past few decades, energy seems to be the major common ground and shared interest. The question now is: Could India’s hunger for energy, coupled with Iran’s massive resources, become enough to resolve their current complex political and economic relations? To answer this question, one needs to examine the context of US-India energy ties and the role of India’s broader energy security needs.

Before the round of 2012 sanctions, Iran was the second-largest supplier of crude oil to India, supplying between 350,000 and 400,000 barrels a day. This was around 16% of India’s oil needs. India was also Iran’s third-largest customer after China and Japan, importing 13% of overall Iranian oil exports. The complex regime of sanctions targeting Iranian oil exports put major restrictions on financial transitions, crude oil insurance and transportation. This had the effect of drastically cutting down Indian imports of Iranian oil. Since 2012, India’s crude oil import from Iran dropped to around 200,000 barrels a day in 2013; this is a drop of between 33% and 50%. Iranian oil now constitutes only around 6% of total Indian oil imports.

Yet this year, India has increased its oil imports. In January 2014, Iranian oil exports to India reached 412,000 barrels a day, a rise from 189,000 in December 2013. Although there is no guarantee that India is going to import the same amount of oil from Iran, this indicates that Iran could easily gain back its market in India in the event of the further relaxing of sanctions.

In spite of the vast opportunities and potential for Indo-Iranian energy relations, Indo-US energy ties severely complicate India’s relationship with its closer neighbor. After hosting the Iranian foreign minister, India is going to host US Energy Secretary Ernest Moniz the second week of March. The discussions will largely revolve around energy relations between the two countries, but India, in particular, is looking at the United States as a reliable source of natural gas supplies in the form of liquefied natural gas (LNG).

The US-India Energy Dialogue started in 2005 with the goal of increasing trade and investment in the energy sector. The shale revolution in the United States and its growing natural gas supplies and exports increased the United States' importance in India’s energy security calculus. According to the Energy Information Agency, between 2001 and 2011, India’s gas consumption has grown at an annual rate of 10%. In 2011, India consumed around 2.3 trillion cubic feet of natural gas and imported a quarter of its natural gas demand in the form of LNG. In that year, India was the sixth-largest LNG importer.

Yet, the prospects of Indo-Iranian natural gas trade have never reached anything substantial. Sitting on the second-largest proven natural gas reserves in the world, Iran has made many efforts to sign a deal with India. Tehran’s LNG export plans to India remained largely flat due to international sanctions. As a result of Iran not having access to the required technology, Iran’s first LNG to India, due in 2009, never reached its destination. The other option for Indo-Iranian gas trade was through a natural gas pipeline via Pakistan. Despite the price discounts, the risk of having the pipeline pass through Pakistan, on the one hand, and strong international pressures on the other (mainly from the United States), prevented Iran and India form reaching an agreement over natural gas trade. Iran’s acute lack of export capacity is also another challenge. Iran has one of the world’s highest rates of domestic consumption of natural gas.

Another dilemma for Indo-Iranian and Indo-US energy relations rests in the downstream sector. The Indian refineries that processed Iranian oil at some point had a significant market in Iran for their refined products, particularly gasoline. Despite being a net crude oil importer, India is a net exporter of petroleum products. Its refineries, particularly those of Reliance Industries Limited (RIL) and Essar Oil, are designed for export: Gasoline, naphtha and distillate fuel oils are sent to Asia and the Persian Gulf states. Iran is also one of the main markets for Indian refined products.

Before the limitations on gasoline exports to Iran, particularly in 2009, RIL was one of the major suppliers of gasoline to Iran. At that point, Iran, a major oil producer, was importing 40% of its refined products, particularly gasoline. Iran would sell its crude oil to RIL, and then would purchase about 25% of its imported refined petroleum products from RIL. This amounted to roughly 10% of Iran’s total gasoline consumption in 2008. Reliance Petroleum Limited (RPL), a subsidiary of RIL, has strategic ties with Chevron India Holding Pte Limited. This company, which is owned by Chevron Corporation USA, currently has a 5% equity stake in RPL.

Despite this interconnected web of business relations, RIL in 2009 stopped gasoline sales to Iran. It also significantly reduced its overall business with Iran to avoid censure from the US Treasury Department. This was largely due to the threat and fear of the suspension of the assistance the US Export-Import Bank was supplying to RIL. The bank, which provides supports to US exporters, approved $900 million in loan guarantees to expand the RIL-owned Jamnagar oil refinery.

However, despite recent complications in Indo-Iranian energy ties, and the recalibration of India’s energy security portfolio, India’s growing economy and voracious energy demand could potentially create close energy ties between the two countries. This is largely due to the initial easing of international sanctions in a post-Ahmadinejad era. Since President Hassan Rouhani took office in 2013, Iran has showed a more conciliatory approach toward the West over its nuclear program. Reaching a final agreement with the P5+1 will help Iran revive its energy ties with other countries, and India stands to benefit immensely. Under these circumstances, Iran not only could have an important role in supplying energy to Indian, but also could be an investment market for Indian energy companies.

In the downstream sector, Iran could once again be a good market for Indian refined petroleum products, as Iranian officials recently announced that they are going to increase their gasoline imports up to three times, about 10 million to 11 million liters per day in the next Iranian calendar year (starting March 2014).

In the meantime, Iranian energy officials are busy revising their investment regulations to increase profit and reduce risks for international investors. They are also traveling and meeting with numerous refinery owners, and seeking new marketing strategies to regain their lost shares in the broader global energy market.