Will Iran get its billions back? 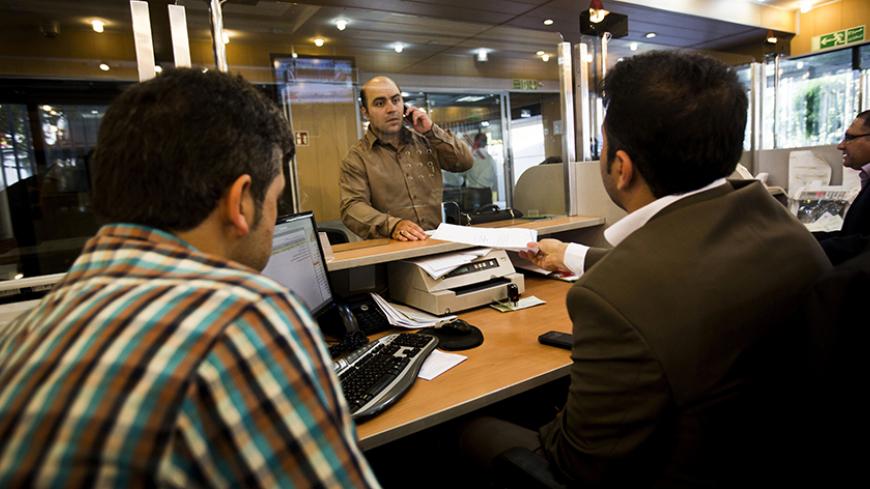 An Iranian customer speaks with a bank clerk at the Export Development Bank of Iran in the capital of Tehran, July 27, 2015. - BEHROUZ MEHRI/AFP/Getty Images

In the run-up to the nuclear deal between Iran and the six world powers, there was talk of more than $100 billion of Iranian assets being unfrozen as a result of the Joint Comprehensive Plan of Action (JCPOA). Nonetheless, on July 15, Valiollah Seif, the governor of the Central Bank of Iran (CBI), announced that the total amount of “usable funds” that will be released will be “$23 billion belonging to the CBI and about $6 to $7 billion belonging to the government.” Two days later, Gholamreza Mesbahi Moghaddam, a leading member of the Majles Plan and Budget Commission, put the total figure at $130 billion. It is evident that such divergences will cause confusion. The discrepancy created such controversy that Seif wrote a public letter to President Hassan Rouhani to explain the details, underlining that “though the total amount of foreign reserves is $107 billion, only $26 billion will be usable.”

The fact is that both these figures could theoretically be correct. Indeed, the nuance in Seif’s letter is the term “usable.” In the words of Finance and Economy Minister Alireza Teyebnia, “It is a question of how one defines Iran’s external assets.” He states that Iran’s hard currency reserves abroad amount to $100 billion, but what can be used is the figure that the CBI governor has outlined.

To shed light on the difference, some key figures need to be dissected. Before discussing the various positions, it is important to note that Iran has returned about $25 billion of its external reserves since the implementation of the interim Joint Plan of Action in January 2014.

Combined, the figures above total more than $100 billion in external reserves, which will have a new status once sanctions are lifted. Furthermore, the CBI’s foreign gold reserves as well as Iran’s frozen assets in the United States could also be added to the list. In this case, one could actually approach the $130 billion barrier, though the final figure will depend on the evaluation of Iranian funds and properties that are frozen in the United States.

While it is clear that unfreezing the blocked funds in the United States would require a longer legal process, it is valid to argue that the Iranian economy would be in a much better financial position once the JCPOA is implemented — probably in the first half of 2016.

Though the CBI governor argues that only about $30 billion will be usable, these funds would have a lot more potential through creative expert solutions. For example, the $22 billion in Chinese bank accounts do not have to remain frozen in one-to-one financing agreements. In fact, the CBI could repay the Chinese financiers, free up that capital, and enter into more attractive deals with international financial institutions. This is not possible under the existing sanctions regime, but it should be very feasible once the current limitations have been lifted.

Furthermore, once Iranian banks and companies can freely access their international holdings, they should be able to generate value for the Iranian economy, either through import or export financing and other international cooperation.

Finally, whatever the total funds at the government’s disposal may be, President Rouhani has instructed officials to use them for infrastructure projects and to promote domestic industries. This decree reflects two key issues: Rouhani remaining focused on job creation as both infrastructure and domestic industry have strong employment effects, as well as the government’s desire to empower Iranian industry as it feels vulnerable to a potential opening of the domestic market.