The UAE is working to increase its financial transparency after being linked to sanctions evasion and the flow of dark money. 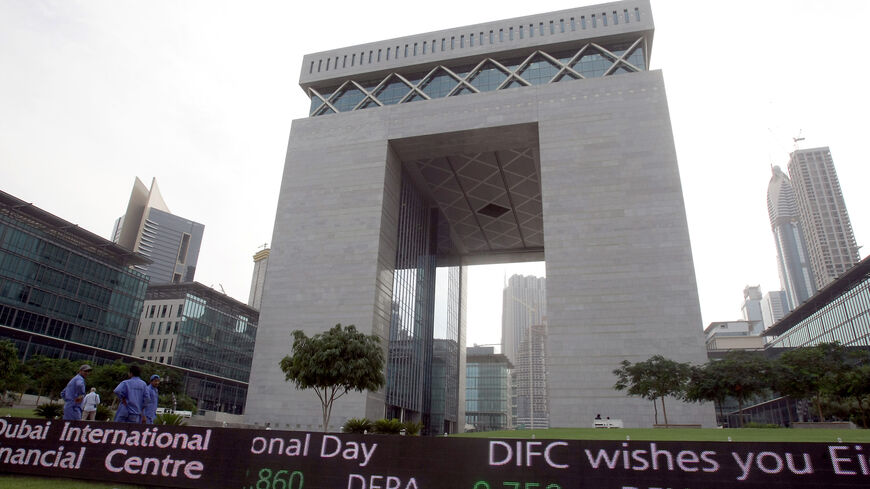 Workers stand outside the Dubai International Financial Center in the Gulf emirate on Nov. 29, 2009. - KARIM SAHIB/AFP via Getty Images

The regime provides enhanced legal protection to people who report misconduct by any Dubai entity regulated by the authority. It applies to those who report the misconduct internally or to Dubai authorities, according to a press release.

The Dubai Financial Services Authority is an independent regulator of Dubai's International Finance Center. The center is home to more than 2,500 companies.

The regulatory regime applies to companies based in Dubai's International Finance Center that are regulated by the Dubai Financial Services Authority, an authority spokesman told Al-Monitor. The regime requires that said entities “put in place measures to protect the identity of the whistleblower and to protect them from suffering any detriment,” per the release.

There are more than 2,500 companies in the Dubai International Finance Center.

Why it matters: The UAE is working to increase its financial transparency. In January, the UAE Ministry of Finance announced that it will introduce a first-ever business tax starting in 2023. The move was made in conjunction with an Organization for Economic Cooperation and Development initiative to reduce tax evasion.

The Emirates has been criticized for its lack of financial transparency recently. In March, the Paris-based Financial Action Task Force put the UAE on its money laundering list. The Emirati government promised a “robust” response to the listing.

Also last month, many wealthy Russian citizens sought to liquidate cryptocurrency via Emirati firms and buy real estate in an attempt to evade sanctions related to the war in Ukraine. The Pandora Papers revealed in 2021 extensive secret money flows in the UAE, including some by criminal elements. The leak of the FinCEN Files in 2020 showed that the UAE Central Bank helped Iran evade US sanctions.

Know more: The UAE is undergoing many economic changes in addition to the whistleblowing regime and the corporate tax. Cryptocurrency ownership is growing in the Gulf state, with as many as one-third of the population owning some. The Emirates is also seeking to reduce its carbon footprint via environmentally friendly public transportation projects and investment in clean energy. Oil remains the UAE’s major source of revenue, though. The UAE is also rapidly expanding its economic relationship with Israel via direct investment.

Within Dubai, the city’s International Financial Center launched last month a new business license for artificial intelligence (AI) with the aim of attracting foreign companies. The UAE wants to become a global leader in AI.

Editors' note: this article was updated to include information on cooperation between the UAE and the UK on money laundering.