The Emirates is seeking to improve its record on financial transparency after being implicated in money laundering and sanctions evasion controversies. 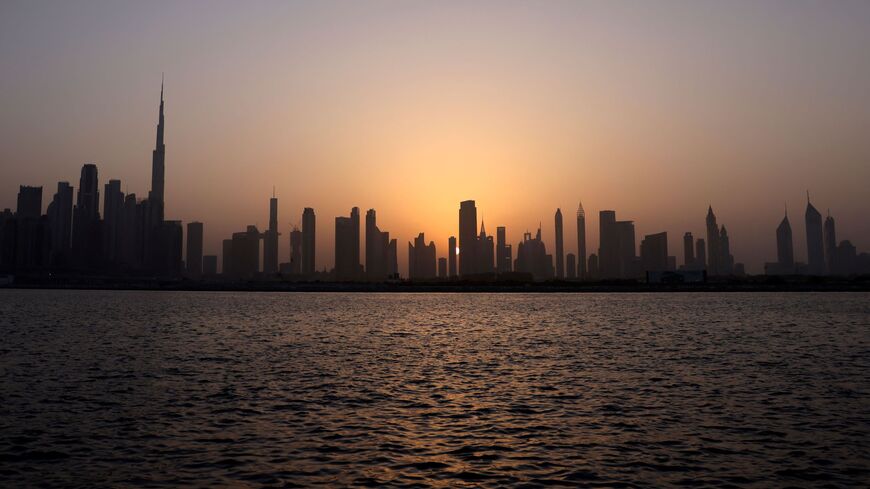 A picture shows a view of the Dubai skyline, including Burj Khalifa the worlds tallest building, in the United Arab Emirates, on June 20, 2022. - KARIM SAHIB/AFP via Getty Images

The Central Bank of the United Arab Emirates announced sanctions on six unidentified banks today. The banks were sanctioned under a 2021 Cabinet resolution that implements two initiatives from the Organization for Economic Co-operation and Development (OECD), the official Emirates News Agency reported.

The OECD’s Multilateral Competent Authority Agreement on Automatic Exchange of Financial Account Information and Common Reporting Standard calls on financial institutions to report information to the relevant authorities in a state, including details on account holders. Both have been ratified into Emirati law, according to the UAE Ministry of Finance.

The banks allegedly did not follow proper reporting procedures. The Central Bank also imposed a sanction yesterday on an unspecified “exchange house” under the country’s Anti-Money Laundering and Combating the Financing of Terrorism and Financing of Illegal Organizations. The exchange house allegedly had a weak compliance framework to prevent money laundering and financing of terrorism, according to the agency.

Why it matters: The incidents came amid the UAE’s efforts to clean up its record on financial transparency. In 2020, the Central Bank allegedly failed to act against a local company helping Iran evade sanctions. In 2021, the Pandora Papers revealed extensive secret money flows in the Emirates, including from criminals. In March, the Paris-based Financial Action Task Force put the UAE on its watch list for money laundering. This summer, the US Treasury Department also sanctioned some Emirati firms for allegedly violating sanctions on Iran's oil industry. Some Russian businesspeople have also sought to liquidate cryptocurrency in the UAE in response to Western sanctions over the war in Ukraine.

Amid these issues, in April, the UAE’s Federal Tax Authority announced a whistleblower program for reporting tax evasion and violations. The Emirates also promised to crack down on illicit financial networks in response to the Financial Action Task Force’s determination.

Know more: The UAE is undergoing some significant financial changes. In 2023, the country will introduce a tax on business profits for the first time ever.