Minister says tax will be offset by reduced business fees at event hosted by the DC-based Atlantic Council. 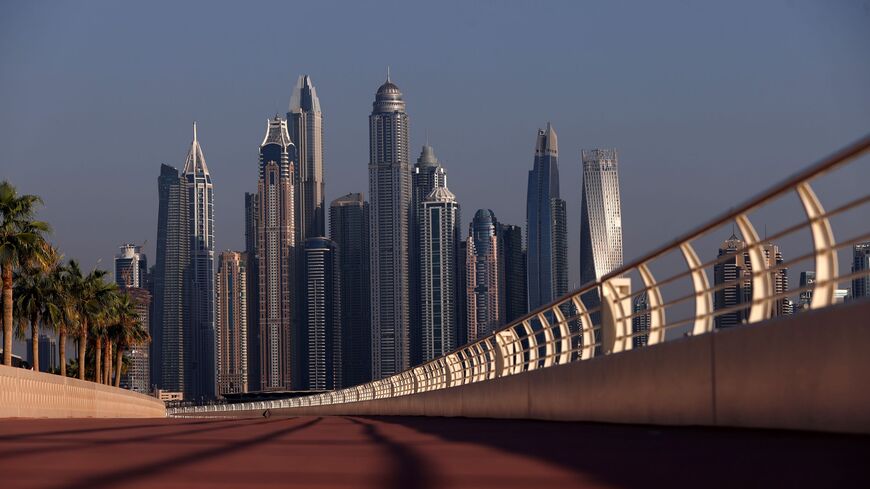 An official from the United Arab Emirates said today that the Gulf state’s new business tax will help entrepreneurs.

The Emirati minister for entrepreneurship said that the UAE government will reduce fees ahead of introducing a tax on business profit, which will help startups as well as small and midsize businesses.

“The corporate tax, if anything, is entrepreneur-friendly, and our intent is to reduce fees going forward,” Ahmad Belhoul Al Falasi said in response to a question from Al-Monitor.

Falasi spoke at a virtual event hosted by the DC-based Atlantic Council. The discussion focused on how Middle Eastern governments can help entrepreneurship in the region. Officials from Bahrain, Egypt and Jordan also participated.

The new tax was a topic of discussion. Last month, Abu Dhabi said it would introduce a 9 percent tax on business profits. There will remain no tax on profits below 375,000 Emirati dirhams ($102,000), though. The UAE previously did not have any corporate taxes, which made the Gulf state particularly attractive to big companies.

When asked by Al-Monitor if the tax would make the Emirates less appealing to companies, Falasi pointed to the reduction of business fees in the country. Businesses in the UAE need to pay fees to the government in order to operate there. Last year, the capital Abu Dhabi slashed such fees by more than 94%. The UAE’s largest city, Dubai, is now considering cutting the fees as well, Bloomberg reported earlier this month.

Salasi said some businesses find the fees high, especially considering they need to pay them upfront.

“That might work for multinational companies with an established presence,” said Salasi. “From an entrepreneur perspective, you’re putting a lot of cash upfront. It’s incredibly expensive to start a company.”

Salasi said the fees have been particularly difficult for businesses during the COVID-19 pandemic.

"We didn’t have taxes that could accommodate for a drop in revenue. We had fees you had to pay regardless of your performance,” he said. “With the corporate taxation, the government will have more skin in the game with the success of these companies.”

Salasi pointed out that the 9 percent rate is one of the lowest in the world. “It makes the fiscal health of the government much stronger; it works much better for the entrepreneurs. And, equally important, for the multinational companies, it’s one of the lowest globally,” he said.

The officials discussed several other topics as well. Egypt’s Minister of International Cooperation Rania Al-Mashat credited deregulation for the growth of startups in the country.

“The government is trying to dismantle the historic regulatory overhaul that we have,” she said.

Bahrain’s Industry Minister Zayed R. Alzayani spoke about the concept of failure in the Arab world, and how this differs from the United States, where he was educated. In the US, many successful people view failure as a learning opportunity, according to Alzayani.

“You rarely find that in Arab world,” he said. “The biggest challenge that still remains is social acceptance of failure.” Bahrain reformed its bankruptcy laws in 2018 with this in mind, adding legal frameworks for restructuring.

“A lot of companies fail, but they don’t fail drastically. They can bounce back,” said Alzayani.

Event host Amjad Ahmad, a senior fellow at the Atlantic Council, also highlighted the growth of cryptocurrency in the region, pointing to the success of the Bahrain-based cryptocurrency exchange Rain. Last month, Rain raised $110 million in a fundraising round.