The Takeaway: Russia, Israel weigh consequences of fallout in ties over Ukraine 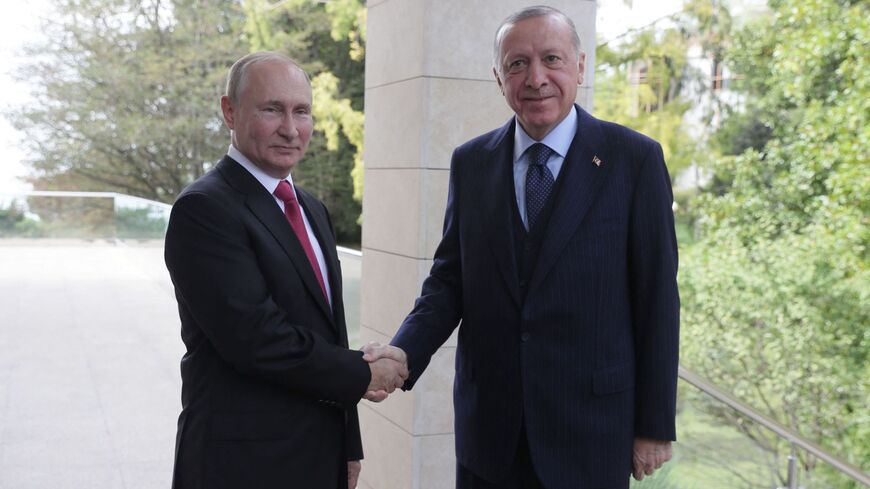 The lead: ‘Few illusions about Erdogan’ in Moscow

The mood in Russia about the Ukraine war is "much less pessimistic" than Western media may be reporting, says Dimitri Simes, one of the top American experts on Russia, president and CEO of the Center for the National Interest, and publisher of its foreign policy magazine, The National Interest.

Simes, who was born in Moscow and speaks fluent Russian, spent more than two weeks in Russia meeting and talking with the country’s leaders and citizens.

Some of his observations from Moscow:

And on the Middle East:

During their phone call, Putin apologized for anti-Semitic comments made by Russian Foreign Minister Sergey Lavrov days earlier. “It surprised both Bennett and [Housing Minister Ze’ev] Elkin, who had planned to raise the issue themselves toward the end of the call with a request to Putin couched in diplomatic language about correcting distorted comments,” writes Caspit.

Hamas is calling on Arab Israelis to carry out attacks inside Israel, reports Rasha Abou Jalal. In late April, Hamas leader Yahya al-Sinwar urged the Arab community in Israel to take part in operations inside Israel using guns or knives. The militant group reportedly sees individual attacks as an effective way to confront Israel without having to drag the Gaza Strip into another military confrontation.

Israel is currently reeling from one of its worst waves of terror attacks in years. On May 5, two Palestinians killed three Israelis in the town of Elad, marking the sixth such attack inside Israel since mid-March. Meanwhile, the Islamic Jihad’s military wing claims to have built a new armed drone designed to strike Israel.

In what Fehim Tastekin dubs “hardly more than a return to an already failed project,” Turkish Recep Tayyip Erdogan has announced a new plan to resettle Syrian refugees inside parts of Syria controlled by the Turkey-backed opposition. Erdogan’s plan, which calls for the construction of thousands more cinder block homes, comes as his election rivals say they’ll negotiate with Damascus for the return of most refugees now living in Turkey.

Meanwhile, Sultan Al-Kanj reports that the Syrian opposition is wary of any plans to move refugees into parts of northern Syria that are already overcrowded and impoverished. Amid continued violence and economic strife in Syria, polls show most of Turkey’s Syrian population is unwilling to go back.

Egyptian President Abdel Fattah al-Sisi is calling for a national dialogue with the opposition, which is seeking the release of more political prisoners. Rights groups estimate that thousands of journalists, lawmakers and activists are jailed in Egypt as part of Sisi’s clampdown on dissent.

In the past month, Sisi has reactivated a presidential pardon committee, and 41 political prisoners have been released from pre-trial detention. The Muslim Brotherhood, which has many of its key figures behind bars, has so far remained silent on Sisi's invitation for dialogue.

An Israeli biopharmaceutical company has unveiled a nasal spray featuring psychedelic mushrooms. The spray emits nanoparticles that encapsulate molecules of psychedelic substances, including psilocybin and ketamine. The Beersheba-based drugmaker says the spray is designed to treat post-traumatic stress disorder, anxiety, depression and other issues. Adam Lucente has more on the use of mushrooms to treat mental health disorders.

Watch: Joe Snell explains the Iraqi army’s operation in the Yazidis' ancestral homeland of Sinjar, which has forced thousands of civilians to flee.

Listen: Al-Monitor columnist Daoud Kuttab and Andrew Parasiliti discuss what motivated the confrontations at the Al-Aqsa mosque and what comes next.