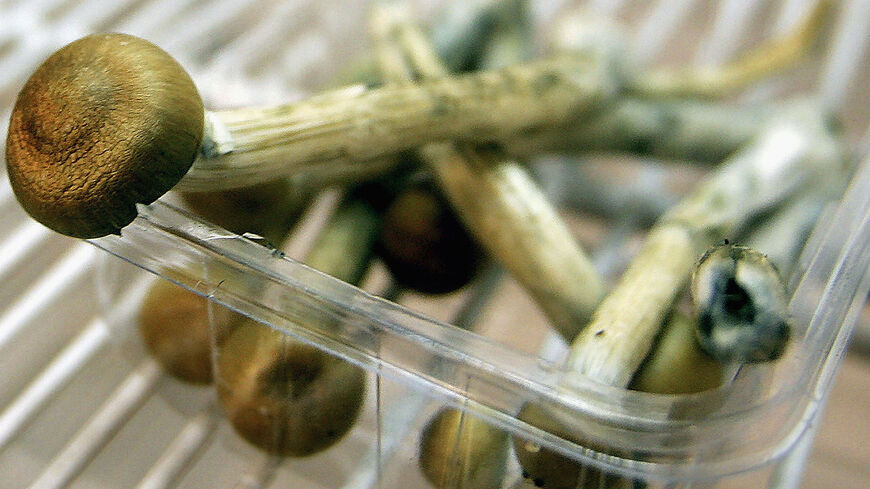 The Beersheba-based biopharmaceutical company’s spray emits nanoparticles that encapsulate psilocybin, which is found in psychedelic mushrooms ("shrooms"). The spray also contains the pain drug ketamine, the recreational drug MDMA (molly or ecstasy) and other substances. The spray is designed to treat post-traumatic stress disorder (PTSD), anxiety, depression and other issues, Madrigal said in a press release.

“Due to their powerful effect on the human brain, it is imperative to be able to deliver these drugs in a safe manner and in precise doses,” said Ben Gurion University professor Amnon Sintov, who developed the product.

Madrigal announced the spray ahead of the Biomed Israel Conference and Exhibition in Tel Aviv, which begins tomorrow.

Why it matters: There is some reason to believe shrooms can help treat PTSD, stress and other mental health struggles. A study by a New York University psychiatrist found that psilocybin relieved distress in cancer paints. On the other hand, a learning module on the topic by the university said that using the substance could result in a scary situation.

“A bad trip has the potential to mentally scar the individual who experiences it,” read the module.

Some Iraq War veterans in the United States have used shrooms to treat their PTSD from the conflict.

Israel has a thriving health sector, and the Biomed Conference organizers are expecting larger participation this year. Many companies, such as ezMedSoft and MediWound, have recently begun expanding into the United Arab Emirates, Al-Monitor reported last month.

Know more: The Biomed Conference will feature thousands of participants from a variety of sectors, though this year’s event will largely focus on organic food and cancer treatment, according to The Times of Israel.