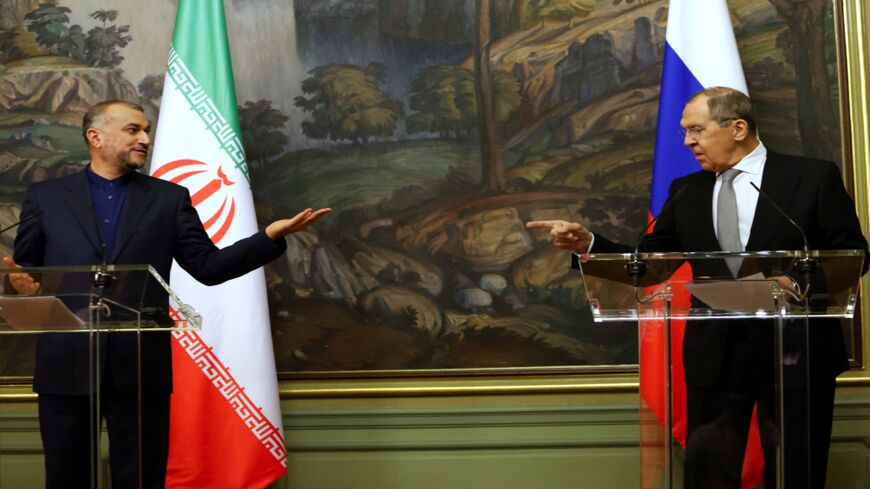 The Lead: US official says Iran nuclear deal ‘within reach’

Back on track: On March 15, the talks to restore the Joint Comprehensive Plan of Action (JCPOA), or Iran nuclear deal, appeared back on track, 10 days after Russia appeared to knock them off course.

Lingering issues: The signals from Washington and Tehran are encouraging, if guarded, that a deal is imminent, as was expected before Lavrov’s wringer on March 5. But some issues, including the US designation of the Islamic Revolutionary Guards Corps (IRGC) as a foreign terrorist organization (FTO), remain.

Energy drives talks: The global crisis that drove oil’s price above $100 per barrel and natural gas prices to new highs in Europe may be giving some urgency to the Vienna talks. As we wrote last week, if there is an agreement in Vienna, Iran — in dire need of revenues and energy investment — would be open for business at a time the West is seeking to mitigate disruptions caused by the Ukraine conflict and sanctions on Russia.

Neighborhood watch: Meanwhile, the region is on edge over the impact of a nuclear agreement on Iranian behavior. In Iraq, the IRGC missile attack on Erbil on March 13 has sparked renewed concerns about malign Iranian influence as talks over government formation are ongoing for five months and counting, as Shelly Kittleson reports. And Israel and the UAE may be coordinating their appeals to Washington for increased security assistance, as Rina Bassist reports.

Following reporting, including by Al-Monitor, that Russia was in the early stages of recruiting foreign fighters for Ukraine, President Vladimir Putin publicly backed the idea on March 11. But as Kirill Semenov reports, it remains to be seen whether significant numbers of recruits will actually show up in Ukraine. Many of the foreign fighters aligned with Russia could come from the Syrian and Libyan theaters, where they have backed up Moscow’s interests, policies and partners.

Anton Mardasov, an Al-Monitor contributor and nonresident scholar in the Middle East Institute's Syria program, points out that the Kremlin is taking pains to broadcast to its domestic audience that the combat operations in Ukraine are limited. Any serious mobilization of foreign fighters would send the opposite message. There are also combat coordination and communication issues that Russia would have to contend with, not to mention the challenge of transferring Syrian and other recruits to Ukraine.

Some 3 million people have fled Ukraine since Russia’s invasion on Feb. 24, including 150 Egyptian citizens evacuated to Romania. Amid the fast-growing exodus, Hagar Hosny interviewed Egyptian students about their days-long journey out of the war-ravaged country.

A medical student in Odessa described his frantic rush to Romania: “How can someone pack what he acquired in seven years in just half an hour?” Another recounted living under the Russian bombings in the eastern Ukrainian city of Dnipro: “We did not know what the next seconds would bring us.”

Hamas has so far stayed silent on Russia’s war in Ukraine, reports Mai Abu Hasaneen. The Gaza-based militant group learned its lesson in Syria after Damascus shunned Hamas for its refusal to support President Bashar al-Assad during the country’s uprising.

Plus, Ahmad Abu Amer reports on why Hamas worries that an Israel-Turkey rapprochement could affect the movement’s presence in Turkey.

And Hadeel Al Gherbawi explains why residents of the impoverished Gaza Strip are outraged over the construction of multimillion-dollar mosques.

Russia’s war in Ukraine has aid workers and donor governments increasingly fearful that a cornered Moscow could lash out in Syria. US and European officials told Elizabeth Hagedorn they’re especially concerned that Russia will use its veto authority on the UN Security Council to dismantle what remains of cross-border operations into northwest Syria.

For more Syria coverage, Nawwar Horani reports on a spike in child kidnappings in the southern province of Daraa, and Essam Sabry Hafez has this story on truffle harvesters dodging landmines in Syria’s desert.

Cash-strapped Lebanon faces a dangerous shortage of drugs. The country’s long financial crisis has imperiled pharmaceutical imports and government subsidies for an ever-increasing number of medicines. Clement Gibon reports that “cancer patients find themselves in an unbearable situation where lifesaving medicine is becoming too expensive or is not available on the market.” As a result, many patients are turning to alternative, often harmful, treatments.

Listen: Andrew Parasiliti interviews Dimitri Simes, president and CEO of the Center for the National Interest, about the prospects for a diplomatic solution in Ukraine and why Russia’s stance on the JCPOA has emboldened Tehran.

Watch: Syrian widows are making soap in Idlib province in hopes of improving the living conditions of their families.

Listen: Ben Caspit and Ksenia Svetlova, a former Knesset member who grew up in Russia, discuss how Israel’s 2-million-strong Russian-speaking community views the war in Ukraine.