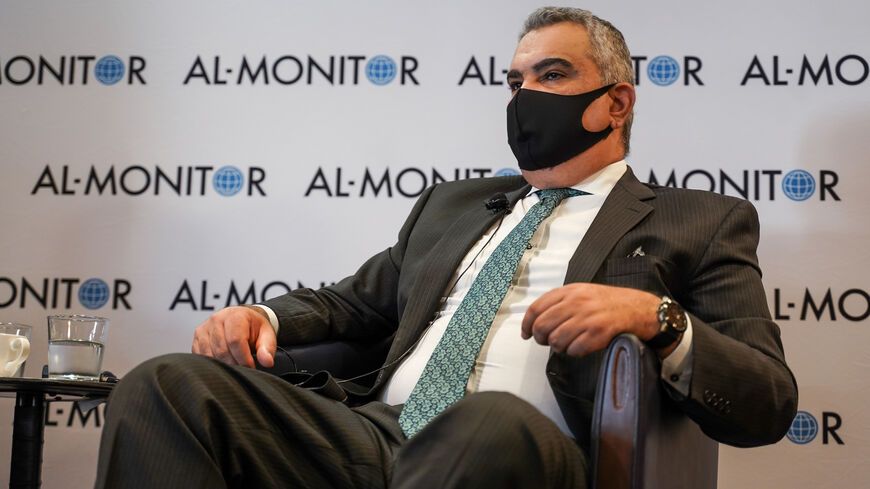 COP 27 to focus on ‘implementation and delivery … adaptation and mitigation’

Turkish President Recep Tayyip Erdogan  doubled down on his threat to block Finland and Sweden’s bid for NATO membership, saying Monday they “need not bother to come” to Ankara to convince him otherwise. Erdogan has accused the two Nordic countries of harboring members of the Kurdistan Workers Party, which Turkey considers a terrorist organization.

Erdogan’s opposition to Sweden and Finland’s membership has raised questions among former Turkish diplomats, reports Semih Idiz. “They believe Erdogan is attempting to cash in on Turkey's renewed strategic importance for the West after the invasion of Ukraine and force Finland and Sweden to comply with his demands.” As Amberin Zaman reminds us, this is hardly the first time that Erdogan has played hardball with NATO.

As Europe reduces its dependence on Russian natural gas, experts say Israel could help meet the continent’s needs with gas from its offshore reserves. Danny Zaken writes that the recent discovery of another marine natural gas reservoir off the Israeli coast “underscores Israel’s emerging status over the past decade as a regional power in the field of natural gas.”

Israel’s proven gas reserves amount to 921 billion cubic meters, but the country’s needs are not expected to exceed 500 bcm in the next 25 years, according to the Israeli Energy Ministry. Zaken looks at the options for transporting excess gas from Israel to Europe, one of which involves building an underwater pipeline to Turkey.

“The episode has again exposed the inability of Khartoum to prevent and stop this type of assault,” writes Marc Espanol. The violence against civilians has been widely attributed to the Rapid Support Forces, a paramilitary group led by Gen. Mohamed Hamdan Dagalo, who is currently the vice president of Sudan's governing sovereign council. Unverified videos seen by Al-Monitor show armed fighters wearing RSF uniforms as the town of Kereinik was under attack last month. The United States and several European countries have condemned the violence in west Darfur, but stopped short of noting the direct involvement of at least some of the Sudanese authorities.

Turkey’s escalating military campaign against the Kurdistan Workers Party has reinforced divisions among northeast Syria’s Kurdish groups and undermined US efforts to unify them. In interviews with Al-Monitor, officials from the ruling Democratic Union Party (PYD) and the opposition Kurdish National Council (KNC) blamed each other for the breakdown in talks that have been frozen since October 2020. Amberin Zaman and Dan Wilkofsky write that the pause “serves Turkey’s agenda of keeping its Kurdish foes divided and weak,” as well as discourages deeper US political engagement in the region.

They report on a document co-signed by a State Department envoy and Syrian Democratic Forces command-in-chief Mazlum Kobane in June 2021 that was meant to kickstart the talks. But a KNC official said the document was never made public due to the PYD’s “continued violations.” Meanwhile, a PYD official is blaming the stalled talks on the KNC’s links to Turkey.

Sultan al-Kanj reports from Idlib on meetings held by Hayat Tahrir al-Sham, the terrorist group which controls Syria’s Idlib province, and the rival Levant Front, one of the strongest factions within the Turkey-backed Syrian National Army. A senior Levant Front source said the group’s commanders recently met with HTS leaders in Idlib in a bid to ease tensions. The two sides agreed to facilitate the movement of fighters between HTS-controlled areas and those held by the SNA, as well as stop their media attacks against each other. Despite the talks, experts doubt the two ideologically different armed groups would merge anytime soon.

Listen: Kurdish researcher Giran Ozcan and Amberin Zaman discuss the outsized role Kurds play in the Middle East, and whether their aspirations can benefit US interests in the region.

Watch: Pinar Tremblay reports on vandalism at Turkey’s iconic Hagia Sophia. Experts warn the damage points to the state’s broader failure to protect its cultural heritage. You can watch the video here.

Listen: Yazidi activist Mirza Dinnayi explains how the Yazidis’ ancestral homeland of Sinjar has found itself at the center of a regional dispute involving Turkey, Syria, Iran and Iraq.