The Turkish president announces plans for another invasion of Syria, while digging in on rejecting admitting Sweden and Finland to NATO. 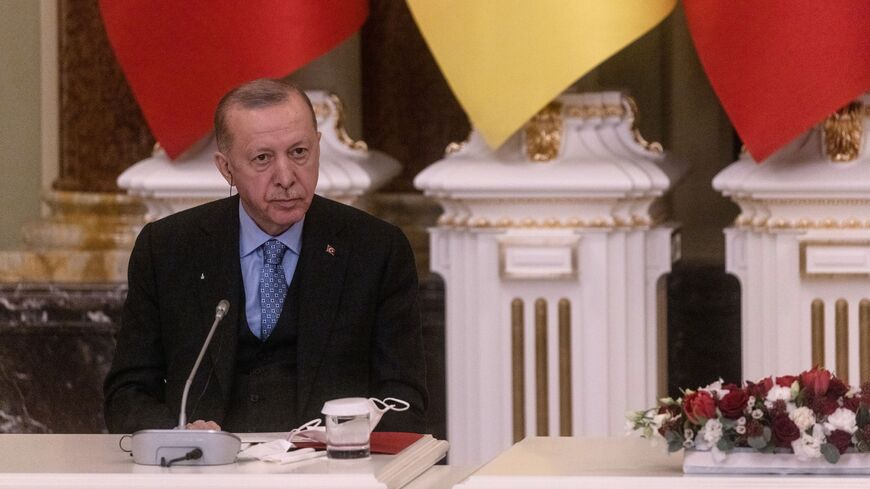 Erdogan: ‘Let me underscore it once again’

Asked on May 18 how he would convince Turkish President Recep Tayyip Erdogan to agree to Finland and Sweden joining NATO, US President Joe Biden said, "I’m not going to Turkey, but I think we’re going to be OK."

Nine days later, all is not yet OK. Turkish Foreign Minister Mevlut Cavusoglu said on May 27 that “an approach of ‘we’ll convince Turkey in time anyway, we are friends and allies’ would not be correct," and that Sweden and Finland "need to take concrete steps.”

The Biden administration’s position that "this is not a US issue," meaning it can be worked out among Sweden, Finland and Turkey, may require a rethink. Direct negotiations this week in Ankara ended without resolution. Erdogan is dug in that the two Nordic countries must take "concrete steps" to crack down on the Kurdistan Workers Party (PKK), which Turkey, as well as the United States, consider a terrorist organization.

Erdogan drove home the point on May 23 for those who still may have missed it. "We have told these countries [Sweden and Finland] that they have to choose between providing practical and political support to terrorist organizations and expecting Turkey's consent to their NATO membership, and they have to show this with explicit signs," he said.

"Let me underscore it once again hereby. Those who back, and provide every kind of support to, terrorist organizations that pose a threat to Turkey should first of all abandon their unlawful, insincere and arrogant attitude towards us. May no one have any doubts whatsoever that we as Turkey will do our part once we see concrete practices indicating such a change.”

As we wrote last week, "Erdogan’s hard line may be prelude to a deal, as some in Turkey may be wondering how long he can resist the pressure to go along with the NATO consensus."

For Erdogan, that deal will likely require an intervention from Washington, as Sweden’s and Finland’s bids appear stalled, and the Turkish president has meanwhile raised the stakes in Syria (see below).

"The apparent recipients of Erdogan’s messages are not confined to Sweden and Finland," writes Cengiz Candar. "He has also dialed up his discourse against the United States and European Union for their support to the Syrian Kurdish group the People’s Protection Units (YPG), [which Erdogan considers as a branch of the PKK], the backbone of the Syrian Democratic Forces, the major ally of the US-led coalition against the Islamic State."

Another target of Erdogan’s wrath is Greece.

On Monday, May 23, Erdogan said he had “written off” Greek Prime Minister Kyriakos Mitsotakis for lobbying the US Congress against military sales to Turkey, as Nazlan Ertan reports.

“Mitsotakis no longer exists for me," Erdogan added. "I will never agree to meet him."

"An official source told Al-Monitor that the president felt 'betrayed' and that Erdogan considered the F-16 deal symbolic in bilateral Turkey-US relations and in Turkey’s demands from NATO allies that military embargos against Ankara should be lifted."

Erdogan also seized the opening of the Ukraine war to announce plans for another invasion of Syria "to eliminate the threats from Syrian Kurdish groups aligned with the PKK. … These operations will start as soon as our military, intelligence and security units complete their preparations.”

"Turkey’s pro-government news channels are already beating the war drums," write Amberin Zaman and Jared Szuba.  "Ahaber showed footage today of Syrian National Army fighters armed and trained by the Turkish military carrying out what the broadcaster claimed were exercises in preparation for the new operation."

"Grabbing more Syrian territory from the Kurds to make room for the unwanted millions of Syrian refugees in Turkey, and pushing back 'Kurdish terrorists' in the process, will likely play well across ideological lines," Zaman and Szuba continue. "A war against the Syrian Kurds will [also] force the opposition to rally around the flag and into reverting to the sort of hawkish rhetoric that will likely alienate Kurdish voters, another win for Erdogan, amid mounting speculation of snap polls in November."

US State Department Spokesperson Ned Price said the day after Erdogan’s announcement that "We expect Turkey to live up to the October 2019 joint statement, including to halt offensive operations in northeast Syria, and we recognize Turkey’s legitimate security concerns on Turkey’s southern border. But any new offensive would further undermine regional stability and put at risk U.S. forces in the coalition’s campaign against ISIS."

Erdogan may pocket the US reaction, if it is limited to diplomatic statements, and proceed as planned, given Biden’s preoccupation with Russia, and concerns about China in Taiwan.

Russia, the key outside power in Syria, is bogged down in Ukraine and has little time to question or challenge Turkish intervention in Syria. Russian President Vladimir Putin no doubt appreciates Erdogan’s holding up NATO expansion, despite his frustration with Turkey’s provision of drones to Ukraine.

Likewise, Erdogan has welcomed the spotlight for his attempts at mediation between Russia and Ukraine.

Asked about Erdogan’s latest bid to bring the warring parties together, Russian Foreign Minister Sergey Lavrov said on May 26 that "Turkey doesn’t have a plan. At least nobody has presented it to us."

Lavrov added that previous mediation provided a "useful contact," and said that "Erdogan stands for peace and is ready to do all he can to bring it about."

In advance of a possible attack into Syria’s Kurdish region, Turkey is also looking to consolidate control of Idlib, which is controlled by the radical Islamist group Hayat Tahrir Al Sham (Liberation of the Levant, or HTS).

"Commanders from one of the leading factions among Turkish-backed forces in Syria have met with officials" in HTS, reports Sultan Al-Kanj.

And "the Turkish army on May 21 withdrew excavation equipment from the vicinity of Tadef, in the northeastern countryside of Aleppo, after the city’s inhabitants objected to the digging of a military trench that would divide their neighborhoods and prevent some from reaching their agricultural lands in the city’s surrounding areas under the Syrian regime's control," writes Khaled Al-Khateb from Aleppo.