After the killing of IRGC colonel Hassan Sayyad Khodaei, reports claim that Israel has multiplied its efforts against Iranian entrenchment in Syria and Lebanon, against Hezbollah's precision missile project and against terrorism by Iranian agents. 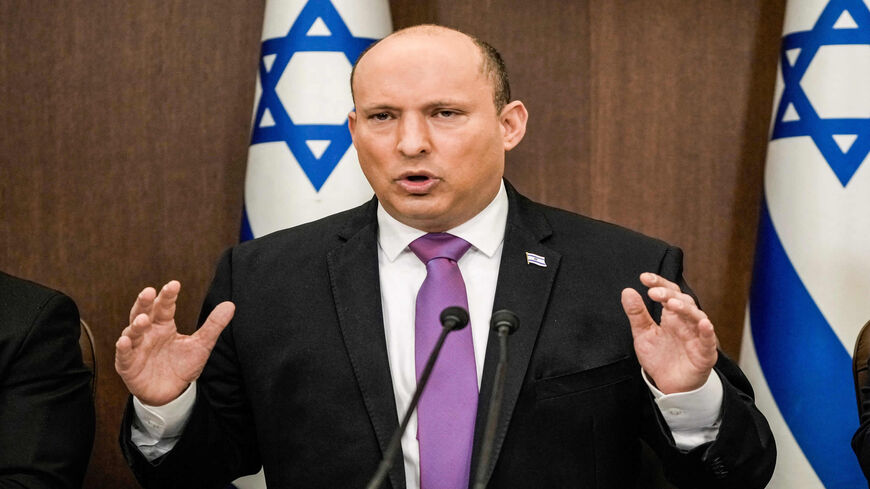 Experts familiar with the issue believe this definition is incorrect. According to Israeli and Western intelligence assessments, Khodaei holds the rank of brigadier general and was very close to the late Islamic Revolutionary Guard Corps (IRGC) commander Qasem Soleimani who was assassinated in Iraq in January 2020. Khodaei, these sources say, was in charge of terrorist attacks against Israeli and Jewish targets around the world, which the IRGC is attempting with growing intensity, albeit less than marked success. Khodaei was reportedly involved in several attempts on the lives of Israelis abroad, including the 2012 car bombing against an Israeli diplomat in New Delhi, which seriously injured the envoy’s wife.

Whatever his job entailed, on May 22, two unidentified figures on a motorcycle rode up to the car he was driving and shot him dead. The state news agency IRNA reported he was shot five times as he returned home near Mojahedin-e-Islam Street at about 4 p.m. local time. Reportedly, the assailants made sure he was dead and sped away from the scene. Eyewitnesses reported that the entrance into the small alley where the attack occurred was blocked by a white vehicle, which also sped away once the attack was completed. Khodaei was pronounced dead at the scene.

Somewhat surprisingly, the Iranians did not automatically accuse Israel’s Mossad of the assassination, declaring instead that they would take revenge on the assassins. Despite Iran’s announcement that a manhunt was underway for the attackers, they seem to have disappeared.

The consensus among Middle Eastern and Western intelligence agencies seems to be clear: The Mossad continues to operate on Iranian soil with growing intensity and daring. Israel does not assume responsibility for these actions and Israeli officials refuse categorically to discuss them, but the change in Israeli policy, previously reported here, seems clear. Israel will no longer ignore attempted attacks by proxies of the Iranian regime, and intends to exact a price from those who dispatch them, even in the heart of their capital.

Israel’s counterterrorism campaign has spread from hitting Iranian facilities in Syria into Iran itself. This was the strategy Naftali Bennett advocated when he served as a young minister in previous Israeli security Cabinets. Now that he is prime minister, are we seeing his plans implemented?

In another recently noticeable change, the counterterrorism activity, kidnappings and interrogations are conducted in Iran itself by local people rather than foreign agents. For example, Israel recently confirmed that two Iranian drones heading for Israel were shot down in February. Shortly after, a drone warehouse at an air base in western Iran was attacked and destroyed. Iran, according to foreign news reports, did not attribute the raid to Israel’s air force but rather to the Mossad, suggesting it was an inside job.

One of the most daring operations took place in April, when Mossad agents in Iran reportedly detained an Iranian named Mansour Rasouli who was allegedly a state-hired assassin. Rasouli was reportedly detained in his home, taken to an unknown location and interrogated. Recordings in which he allegedly confesses to having been recruited by the Quds Force to attack an Israeli diplomat in Turkey, a French journalist and an American general in Germany were made public on Israeli and other media.

The entire operation was allegedly conducted in the heart of the Iranian capital and Rasouli was freed at its end. Shortly before, Turkish operatives foiled an attempt to assassinate an Israeli businessman working in Istanbul and Ankara. The Turkish operation was apparently based on intelligence information from Israel.

This shadow war between Israel and Iran, underway for years, appears to be intensifying. It is not focused only on Iran’s nuclear development program, although the November 2020 assassination in Iran of Mohsen Fakhrizadeh, a scientist in charge of Iran’s nuclear program, was attributed to the Mossad. According to foreign reports, Israel also regularly strikes targets in Syria to foil Iran’s entrenchment there as well as the “precision” project of Hezbollah’s missile capabilities.

The Mossad and domestic Shin Bet security agency have so far thwarted Iran’s growing efforts against Israeli and Jewish targets, some of which appear fairly amateur. Earlier this month, the Shin Bet exposed what it said was an Iranian network that tried to lure Israeli businesspeople, scientists and journalists to professional conferences and seminars abroad, probably in order to kidnap or murder them.

Similar efforts were foiled many times in recent years. At the same time, Israel also exposed an alleged Iranian plan to strike Israeli targets in Kenya, South America and Europe. Khodaei, according to informed intelligence sources, was in advanced stages of carrying out three attacks on Israeli targets in several locations around the world. “These attempts will no longer be executed,” a senior Israeli security source told Al-Monitor on condition of anonymity.

The shift in Israeli strategy and its apparently increased daring, according to foreign publications, appears to stem from Israel’s commitment, under pressure from the United States, to freeze all activity against Iran’s nuclear program as long as negotiations are ongoing between Iran and world powers. On the one hand, Israeli leaders, among them Bennett and Defense Minister Benny Gantz, continue to declare that even if an agreement is reached with Iran curtailing its nuclear program, Israel would not see itself bound by its terms. On the other hand, there are growing indications that Israel is now focused on countering Iran’s terrorism efforts, its entrenchment in Syria and its precision missile adaptation, rather than on Iran’s nuclear program.

“I’m not sure I would sign off on this definition,” the senior Israeli security source told Al-Monitor. “There are many ways to continue to act against the Iranian nuclear program even without sticking a finger into the eye of our American friends or advertising these actions. There is no way Israel will accept the Iranian nuclear program and it will act on its own to defend itself. On this matter — and the United States knows this full well — we are not committed to anything or anyone. Nonetheless, we have to move wisely, according to a correct order of priorities, and consistently. That is what Israel is doing.”