Hezbollah is expanding its missile capability — what are Israel's options? 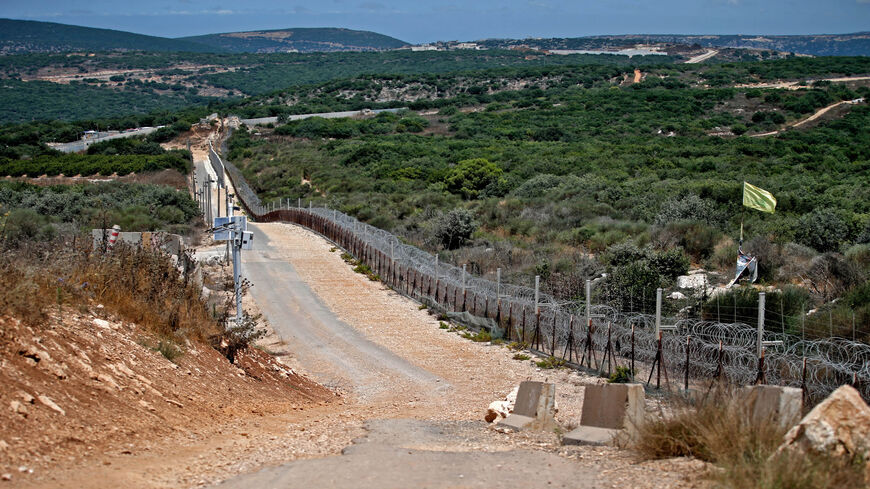 A Hezbollah flag flutters on the Lebanese side of the border fence with Israel, near the northern Israeli settlement of Shtula, July 20, 2021. - Jalaa Marey/AFP via Getty Images

While Israel and other countries are scratching their heads trying to understand Russia’s intentions in the region in light of its recent pronouncements on Russia’s interceptions of Israeli missiles in Syria, attention is focusing increasingly on the troubling developments in Lebanon.

Israel’s alleged attacks on Iranian targets in Syria in recent years appear to have run their course and accomplished as much as they can in blocking Iran’s entrenchment there, although its presence there remains. Israel’s eyes are now turning to the starving, divided country on its northern border — Lebanon — which would serve as the most likely launchpad for a future war with Israel. Israel believes that the greater the domestic deterioration in Lebanon, the more destructive will be Hezbollah’s firepower if it opts for war with Israel.

Israel’s greatest concern is what it dubs the “precision project,” Hezbollah’s intense ongoing effort to upgrade as many of the rockets in its arsenals as possible into precision missiles, making them strategic weapons as far as Israel is concerned. Israeli intelligence assessments put the number of such adapted rockets at several dozen, a quantity that could increase into the hundreds within two-three years, barring unforeseen developments. This would constitute a strategic tie-breaker, turning the armed Shiite terrorist organization into a force capable of paralyzing Israel for long days in case of a military clash.

Would Israeli decision-makers consider such a force multiplier a red line, a casus belli for declaring war or taking other offensive action to stop Hezbollah’s precision armament? No one has an answer to this fateful question. Reportedly, Israel’s top military echelons do not believe Israel has reached a point of no return that necessitates an answer right now, but no one deludes themselves into thinking that moment is far in the future. Even if not imminent, a time will come when Israeli decision-makers will have to make one of the toughest decisions in the history of the state.

The chief-of-staff of the Israel Defense Forces (IDF), Lt. Gen. Aviv Kochavi, has said in media briefings that if Hezbollah crosses a red line in terms of the quality and quantity of its precision missiles, Israel would be justified in taking the initiative and going to war.

This was an unusual statement. Never in its history did Israel go to war to stop its enemies from bolstering their offensive capacities, paying a heavy price for its inaction, as was the case of the combined 1973 Syrian-Egyptian attack on Israel known as the Yom Kippur War. The only exception were two Israeli military strikes to destroy enemy nuclear capacity.

According to Kochavi, a substantial quantity of upgraded precision missiles in Hezbollah’s hands would be tantamount to nonconventional weaponry providing the group with the ability to inflict tremendous damage on Israel in human lives, property, infrastructure and quality military targets — capabilities that few countries in the world possess.

The question is not whether Israel has decided on a red line vis-a-vis Hezbollah’s precision rockets. The question is where that line runs and whether Israel’s military echelons would be sufficiently courageous to declare war if it is crossed. Hezbollah, meanwhile, is investing tremendous energy and resources in its precision project, building clandestine reinforced production facilities and dispersing its related strategic assets to the extent possible in order to prevent Israel from locating and targeting them.

“What is happening in Lebanon now is similar to what happened there at the start of the previous decade,” a senior Israeli security source told Al-Monitor on condition of anonymity. “Lebanon is now nearing what former IDF chief and Prime Minister Ehud Barak dubbed at the time a 'resilience zone,' meaning a heavily fortified underground strategic weapons project, scattered over various sites, which grants it relative immunity from Israeli aerial strikes,” said the source.

This is further indication that Israeli decision-makers do not have the luxury of putting off such a historic decision for very much longer.

In August 2019, a mysterious, sophisticated drone attack on a Beirut precision missile site was attributed to Israel. The attack, which demonstrated surgical ability and precise intelligence, reportedly destroyed a vital technical component of the kits used to upgrade Hezbollah’s rockets. Since then, however, the precision technology has become easier to assemble and deploy even as the ability to forestall its use is becoming increasingly complicated.

Reports say Hezbollah has recently been shifting the focus of its activity from Syria to Lebanon. It would seem that the joint Hezbollah-Iran effort to position proxy militias on Israel’s borders has run its course. It is still ongoing, but has been placed on a back burner. Hezbollah has for years enjoyed immunity from Israeli attacks within Lebanon. The rules Israel set itself allow for attacking Hezbollah in Syria, but not in Lebanon, where Hezbollah undertakes a military response and vows revenge for every Israeli blow.

However, the shift of Hezbollah’s center of gravity from Syria to Lebanon could turn the low intensity, guerrilla-style conflict with Israel into an all-out war, destroying what remains of the modern Lebanese state but also setting Israel back a decade or two. Israel’s multi-layered air defenses are not built to withstand barrages at a rate of 2,000 missiles a day, especially if some of them land with precision on air force bases, infrastructure sites, sensitive military targets and civilian population centers.

Israel’s assessment that the chaos in Lebanon serves as a restraining factor against Hezbollah Secretary-General Hassan Nasrallah has now been shaken. A further deterioration in Lebanon could move Nasrallah to extricate his organization from the domestic disaster by attacking Israel, a move tantamount to putting out an oil well fire with a powerful blast.