The Shin Bet and the Mossad have tightened their cooperation on Tehran in recent months, uncovering hostile actions by Iranian agents on social media. 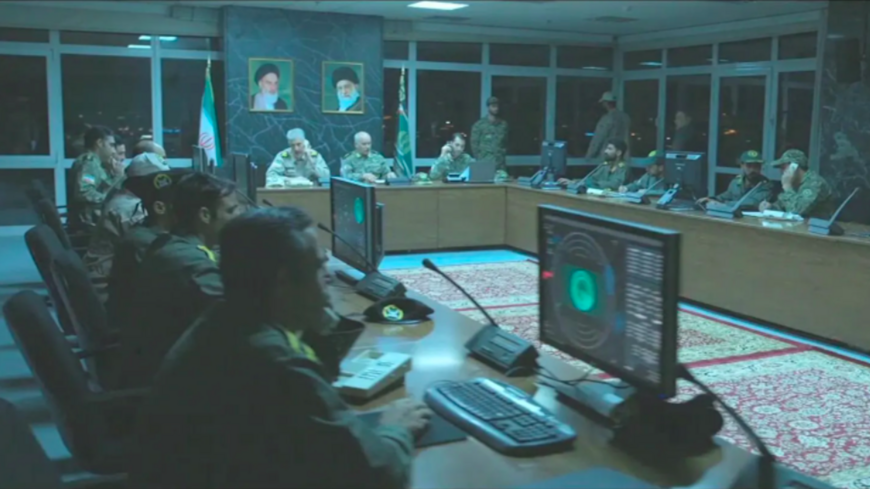 The Shin Bet security agency announced on May 2 that it had uncovered a fake Iranian Facebook profile used to recruit Israelis for intelligence collection and possible violence against targets within Israel. The Iranians reportedly made up a Jewish woman they named Sara Puppi who was said to have business connections in Israel and promised payment in bitcoin.

Two days earlier, in a highly unusual disclosure, the Mossad provided a photo and recording of a man it identified as Mansour Rasouli, 52, said to be an Iranian operative of the Quds Force who admitted to being tasked with assassinating an Israeli diplomat in Istanbul, an American general in Germany and a French journalist. The Mossad said its agents detained the man on Iranian soil, questioned him and released him there. His fate is unknown.

The Shin Bet, the Hebrew acronym for the Israel Security Agency, is tasked with countering espionage within Israel and foiling terrorism. The Mossad is Israel’s equivalent of the CIA, in charge of intelligence operations beyond Israel’s borders. These two agencies have tightened their cooperation on Iran in recent months. Publication of the alleged Iranian plot to assassinate three targets in Turkey and Europe seems timed to follow reports that the United States was reconsidering its intention to remove theIslamic Revolutionary Guard Corps (IRGC) from its list of foreign terrorist organizations.

“The two developments could well be connected,” a senior former security source told Al-Monitor on condition of anonymity. “The Americans, and particularly President [Joe] Biden, may have been persuaded by intelligence presented to them that the Revolutionary Guard is still intent on carrying out terrorism attacks against American and other Western targets.” Nonetheless, a senior Israeli military source asked about a possible link told Al-Monitor on condition of anonymity, “The Americans do not need any proof of the Revolutionary Guard’s activities. They know at least as well as we do that the organization constantly foments terrorism.”

The Mossad’s bold operation inside the Islamic Republic and success in detaining, recording and freeing an Quds Force operative there is another in a series of Israeli blows to the Iranian counter-espionage services. It comes amid European efforts to convince Iran to drop its demand that the IRGC be removed from the US terror list for the signing of the nuclear agreement along with the lifting of economic sanctions detrimental to oil supplies and European business. By exposing the Mossad’s achievement, Israel has embarrassed the Europeans and possibly prompted the United States to stand firm against the Iranian demand, which has prompted extensive criticism in Congress, the Pentagon, the US National Security Council and elsewhere.

Al-Monitor has learned that Israel conveyed to friendly and not-so-friendly European intelligence services detailed information about the IRGC's assassination plot that it foiled. Sharing such information is one of the tools in Israel’s ongoing espionage, counter-espionage, cyber warfare and global diplomatic campaign against the nuclear agreement and Iran in general.

For now, negotiations on the nuclear deal are stalled over the IRGC issue after reports of its imminent completion, and Israel is trying to preserve this limbo via pressure from Europe and the US State Department.

At the same time, a significant increase has been detected in Iran’s efforts to mobilize agents in Israel. In January, the Shin Bet exposed a network of four Iranian-born Israeli women recruited by Iran through the internet. The attempt revealed this week also relied on social media, this time with the help of attractive bait, taking advantage of Israelis’ willingness to correspond with people they do not know and their unfettered access to the internet. The Shin Bet created fake profiles of its own to connect with the Iranians.

This particular plot was foiled, but such tactics are expected to continue. The Iranians believe Israel is responsible for the assassination of various Iranian figures such as Iran’s chief nuclear scientist Mohsen Fakhrizadeh in 2020 and are determined to have their revenge. In response, Israel has beefed up security for individuals deemed at risk, especially on foreign soil.

The Shin Bet has reportedly detected increased Iranian activity to mobilize collaborators within Israel and attack Israeli targets using cyber warfare. While these efforts have failed to achieve significant results, the ongoing clandestine operations have fueled the imagination of scriptwriters. Israel’s public broadcaster Kan has begun airing the second season of the TV thriller “Tehran” about the exploits of a fictive Mossad agent in the Islamic Republic, and this season’s cast includes American star Glenn Close.

“Fortunately, the results that Israel achieves in real life are not far from the Hollywood version,” a senior former Israeli intelligence official told Al-Monitor on condition of anonymity, recalling the 2018 theft of Iranian nuclear archives from Tehran and their transfer to Israel and other operations attributed to the Mossad. “But we must remember that this war is still much closer to its starting point than to its end. It is being waged on many fronts, some more violent than others, and it is far from a decisive outcome.”