Former IDF Chief of Staff Gadi Eizenkot revealed that Israel almost killed Islamic Revolutionary Guard Corps commander Qasem Soleimani a year and a half before he was assassinated by the Americans. 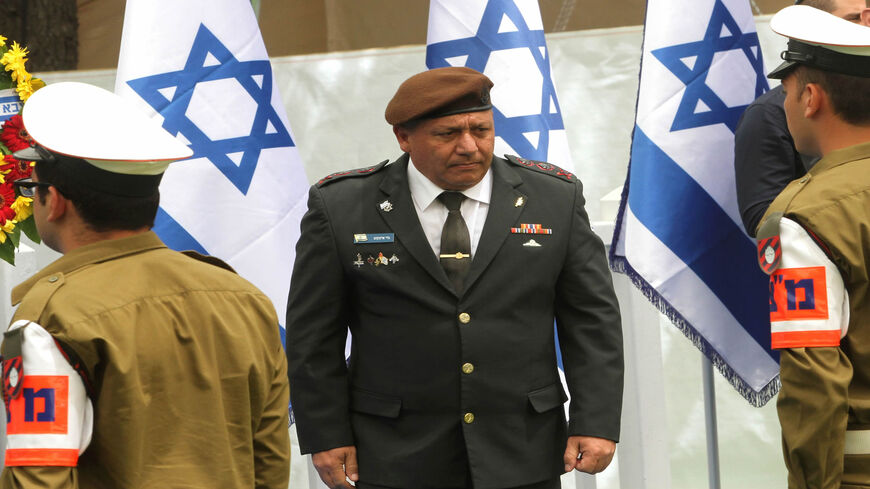 He had never spoken so openly. In a series of conversations with Al-Monitor, retired Lt. Gen. Gadi Eizenkot, the 21st chief of staff of the Israel Defense Forces (IDF), provided a wide-ranging overview of Israel’s military campaign against the Islamic State (IS) throughout the Middle East and the blows Israel has inflicted on Iran and its Quds Force in recent years.

Eizenkot served as IDF chief for four years (2015-2019). During his term, Israel had almost assassinated Islamic Revolutionary Guard Corps (IRGC) commander Qasem Soleimani 18 months before the United States did in January 2020, Eizenkot revealed. Israel had also destroyed all the IRGC’s facilities in Syria, an outcome that he described as tantamount to a destruction of Israel’s major arms development industries.

Along with his obvious pride in Israel’s military power, Eizenkot also issued dire warnings about the country’s future, warning that the prolonged stalemate with the Palestinians could result in the eventual creation of one Israeli state between the Jordan River and the Mediterranean, putting an end to the Zionist dream of a Jewish state, as Israel would lose its Jewish-population majority.

He proposed a plan for separating from the Palestinians, specifically in three key arenas that the Palestinians claim as their own — the Gaza Strip, from which Israel had already pulled out; the Jordan Valley with its sparse Jewish population; and the northern part of Samaria in the West Bank, where only 160 Israeli families make their home. Israel could take steps to enhance some sort of Palestinian autonomy there, while preserving Israeli security interests.

Eizenkot also proposed Israeli measures to reduce general friction with the Palestinians, ease restrictions imposed on their lives and create as much space as possible for them to rule themselves without Israeli intervention. In addition, he warned of another Palestinian intifada. “It’s not a question of whether another eruption will occur, only of when,” he said. “The young generation of Palestinians calls itself the "lost generation," they see no future and at some point, they will explode in our face at 200 kilometers an hour [120 mph] before we even see them coming.”

Eizenkot’s view of the campaign against Iran’s nuclear program was particularly striking. He called former US President Donald Trump’s 2018 pullout from the deal with Iran a “strategic mistake.” After the deal was signed in 2015, and despite all its flaws, the IDF under government orders turned its attention and resources to other priorities. “I was building a multiyear plan for the IDF based on the assumption that we have a decade of respite from the nuclear issue,” he recounted, referring to terms of the agreement curbing Iran’s nuclear program. “This was supposed to allow us to direct huge resources of tens of billions of shekels, for the first time in years, to other tasks.”

Among these other tasks was elimination of the tunnel threats to Israel, by Hamas in southern Israel and Hezbollah along the northern border, at a cost of 7-10 Israeli billion ($2.2-$3.1 billion), and construction of an impenetrable border wall, the first of its kind in the world, along the Gaza border. “And then Trump withdrew from the nuclear [agreement]. It hit us like a bolt of lightning on a clear day,” Eizenkot said.

Eizenkot’s remarks were nothing short of astonishing, indicating that former Prime Minister Benjamin Netanyahu had deployed his close confidants — Israel’s Ambassador to the United States Ron Dermer and Mossad Director Yossi Cohen — to pressure the Trump administration into withdrawing from the deal with Iran, without updating Israeli defense agencies or consulting with them. “We were very surprised by the pullout; it was an event for which he had no time to prepare,” Eizenkot said. “True, it was an American decision, we had been monitoring events through intelligence channels and were actually concerned that the Iranians would withdraw from the agreement, but we did not know the Americans would do so and we did not know that the person pushing them in that direction was Netanyahu along with his people.”

"[Caught by surprise,] we did not conduct any discussion regarding such an eventuality, there was no preparation, there was no analysis of the situation and of its implications nor of the potential results of the 'maximum pressure' policy that Trump adopted as an alternative after the withdrawal,” Eizenkot recalled.

Asked whether he had warned Netanyahu against such a move, Eizenkot answered, “How could we have warned if we didn’t know? I personally was never present at a discussion of this matter before it occurred. When we realized what was going on, I asked, 'Wait a minute, who are the people dealing with this?' It turned out that only Prime Minister Netanyahu, Ambassador Dermer and Mossad Chief Cohen had been quietly working on the matter, without informing anyone. These were the same people who dealt with the Abraham Accords [with the Gulf states] later on. This is not logical and not right. This is no way to run a state.”

"[Once confronted with Trump’s move,] we immediately convened discussions to try to understand what was going on. I remember the head of the [Military Intelligence] research division asking, 'Wait a minute, what will we do if this fails? What will we do if Trump does not see this all the way through, or the Iranians violate the deal and move ahead to nuclear breakout? Is there an alternative plan? Plan B?'” Eizenkot went on to describe the contrast between “the glee and satisfaction on the outside over the dramatic achievement of [the US] withdrawal from the deal, but inside the room, we were holding feverish discussions. We easily realized that this could also be very bad, potentially.”

Asked whether the US pullout was a strategic mistake, Eizenkot answered, “Yes, I think the American withdrawal from the nuclear agreement in 2018 was a strategic mistake given that it freed the Iranians of constraints, split up the agreement’s enforcement mechanism, and even though the Americans left, the others [five world powers] remained. The Iranians were in shock for the first few months and then they started enriching uranium and violating the agreement, with legitimacy to do so by the US withdrawal. This resulted in reduced sanctions, barely any oversight, the Chinese and Russians did not cooperate, and that is why I think it was a mistake. I thought so in real time, too.”

Eizenkot also revealed that Israel had conducted an extensive campaign against IS “throughout the Middle East,” in coordination with other military forces that included the use of force. “I estimate that we killed 400 to 600 Daesh [IS] fighters over the years, caused thousands of injuries and destroyed much infrastructure. When I attended a conference convened by the Americans with the participation of all the states that had fought Daesh, many military chiefs approached me, including some from states with which we do not have [diplomatic] relations,” Eizenkot said.

He revealed that Israel had come close to assassinating Soleimani some 18 months before the Americans did, during one of the IDF’s “battle days” against the Quds Force in Syria. “We had a decision and we had confirmation that anyone taking part in this battle was mortal,” Eizenkot said. “Soleimani was there, he directed the operation, we had approval to take him down if we could pinpoint his location and get him in our sights.” Asked why the Israelis had not gone through with the assassination, Eizenkot responded, “We did not have him in our sights. He survived by some miracle.”